Jonathan Glazer’s first film since 2004’s Birth, Under the Skin has discernible reference points (2001: A Space Odyssey, The Man Who Fell to Earth, Chris Cunningham’s Rubber Johnny), and yet, this peculiar film is the most original feature at Toronto, and possibly of this year. It operates within a sublime netherworld immediately recognizable as being sprung from Glazer’s imagination, where, previously, the soul of a man was reborn in a 10-year-old boy and caused woman to nearly lose her mind, and before that, where a frightening, oft-hilarious psychopath wreaked havoc on the sanity of a man suffering an existential crisis over his former life as a criminal.

Now, in the gray, desolate coldness of Scotland, an extraterrestrial played by Scarlett Johansson seduces young Scottish men into a black hole where they meet a most unusual death. Given her pouty, coral-pink lips, chic black bob, alluring friendliness, and voluptuous breasts, the alien siren has little difficulty luring men back to “her place,” a decrepit building that, once inside, resembles the blanketing black nothingness of a virtual training game from The Matrix. Here, she walks into the darkness while slowly disrobing, the men following suit, unaware that the closer they reach her, the deeper they step into a never-ending inky ocean that swallows them whole.

Glazer’s choice for Johansson as the alien siren is a definite nod to the actress’s sex appeal, though the decision is more playful and less on the nose than, say, Harmony Korine’s casting of Selena Gomez, Ashley Benson, and Vanessa Hudgens in Spring Breakers, where Korine’s dense, contradictory representation of sex and violence was further twisted by the presence of the wholesome teen stars. Glazer’s casting is equally referential and symbolic. Critics are having a hard time pinning down exactly what Under the Skin is trying to say, if it’s saying anything at all, but the film undeniably deconstructs female sexuality in relation to masculine power, and the baffling nature of that relationship, which is unraveled via the perspective of an alien.

When Johansson’s character has trouble with her latest victim in her seduction ploys (he resembles the Elephant Man, and is credited as the “Nervous Man”), she employs different strategies to put him at ease, telling him that he has the most beautiful hands she’s ever seen, and, with the utmost compassion an alien could possibly have, gently encourages him to touch her. Despite being drawn into the black sea like the others, the Nervous Man manages to escape the death trap without any explanation. From that point on, the alien demonstrates a newfound curiosity about the human world, and even attempting to fit in. She stops being a Venus flytrap, unsuccessfully tries to eat food, and, in one memorable, quiet moment, when she’s about to have sexual intercourse with a man who took her under his care, she’s startled by the physicality of sexual penetration, pushing him away and shoving a lamp near her genitals to examine how they operate.

The details of this alien operation remain intentionally obfuscated: there’s no information provided about its sheer purpose; there are only very small hints that the alien is beginning to change and adapt to human life and what that might mean for her (or its) race; and there’s absolutely no context about the alien’s partner in crime, a silent man on a motorcycle who occasionally drops in to help her out. Yet Glazer’s confidence in carving out this bizarre diegesis helps the film to ultimately suggest that these inconsistencies are irrelevant, that what’s more important is communicating the beautiful otherworldliness of this mysterious creature with the vacant eyes and flagrant disregard for human suffering. Watching her slowly examine her own flesh in a full-length mirror and her seemingly confused expression when witnessing others’ violence toward her offers a visceral and visually mesmerizing experience. Despite being impeccably programmed to communicate with the human race, Johansson’s alien is mystified by our humanity and its utter strangeness. One can’t help but relate to such bafflement.

Review: Black Widow Only Teases a More Morally Enlightened Future for the MCU 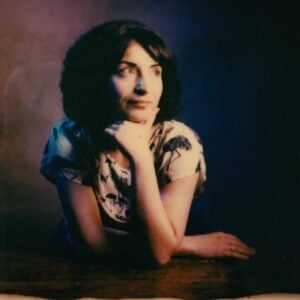