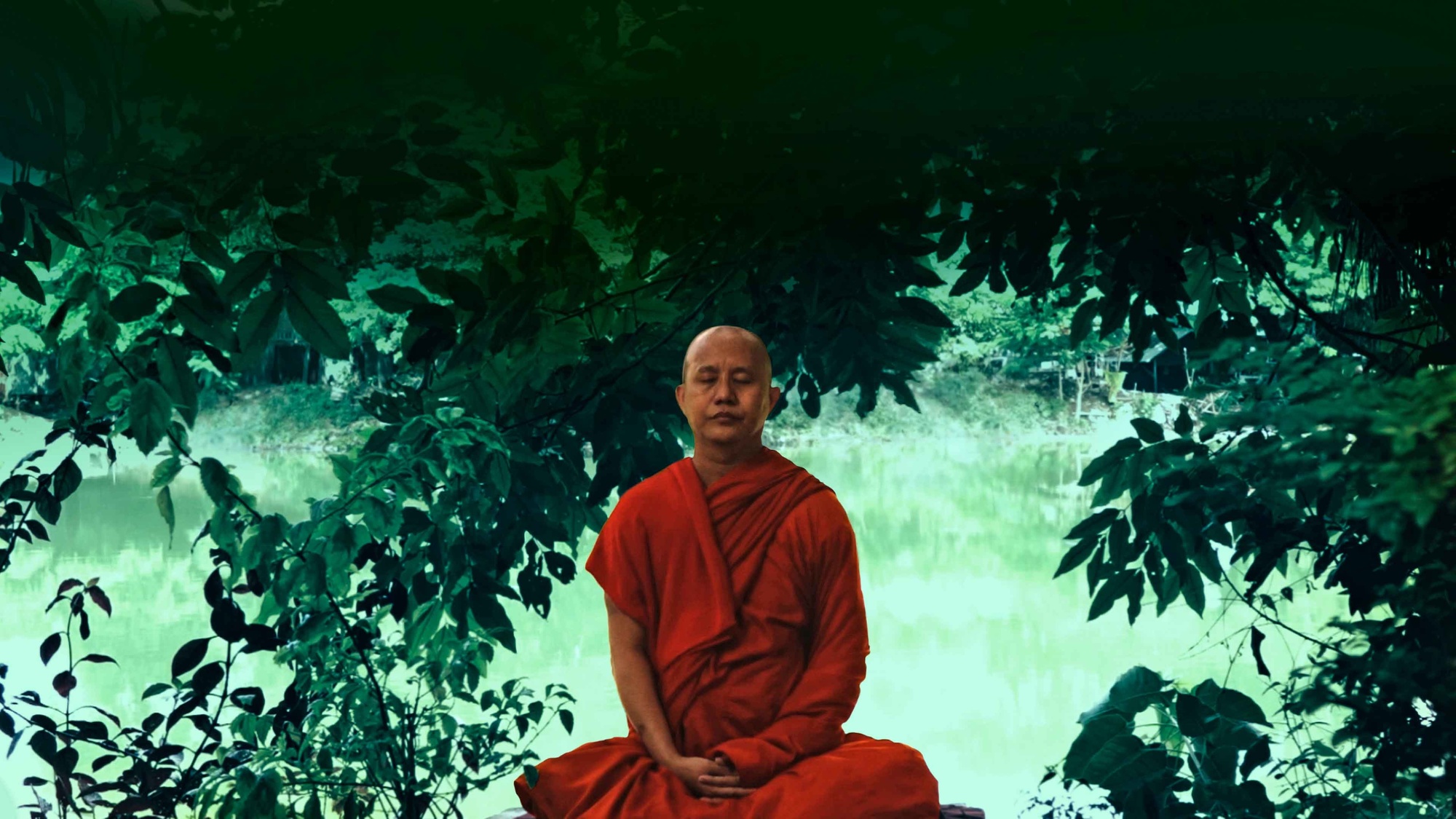 Buddhism has generally been regarded, at least in the Western world, as an unsullied religion of peace, a kindly, nonjudgmental philosophy of self-actualization that stands in sharp contrast to the bloody imperial legacy of Christianity and the violent extremism often associated with contemporary Islam. But as director Barbet Schroeder’s The Venerable W. demonstrates, Buddhism isn’t some magical inoculation against hatred. It, too, can be used to rationalize political violence and racist nationalism.

Such is the case in Myanmar, where Buddhist monk Ashin Wirathu has helped whip up popular animosity against the country’s minority Rohingya population, spurring riots, mass arson, and brutal pogroms along the way. Wirathu, whose speeches warn of Muslim savages overtaking the country, was once dubbed “The Face of Buddhist Terror” on the cover of Time magazine. He’s particularly fond of likening the Rohingya to animals that ostensibly wreck their own environments through uncontrollable over-breeding.

Under Schroeder’s gaze, Wirathu comes off as unflappable, a slick self-promoter who claims to have single-handedly sparked Myanmar’s 2007 Saffron Revolution from his prison cell. He’s undeniably a repugnant racist, but he may strike the viewer less as a committed ideologue than a rank opportunist, a man who once produced a propaganda music video to exploit the tragic rape and murder of a young Rakhine girl, which he proceeded to distribute as widely as possible in packages emblazoned with his own face.

For Schroeder, the question of whether or not Wirathu actually believes all the Islamophobic bile he coughs up is beside the point. Schroeder has spoken of The Venerable W. as part of a “trilogy of evil,” following General Idi Amin Dada: A Self Portrait, about the ruthless Ugandan dictator, and Terror’s Advocate, about a lawyer, Jacques Vergès, renowned for defending war criminals and Holocaust deniers. But unlike those earlier works, The Venerable W. isn’t terribly interested in understanding Wirathu on a psychological level. Rather, Schroeder uses the monk as both a lens through which to explore the problem of anti-Rohingya violence in Myanmar and as a synecdoche for the ultra-nationalist xenophobia that plagues so much of today’s world.

For one, Schroeder is quick to remind us that while Burmese estimates of how many Muslims live within their nation’s borders are wildly out of synch with reality, Europeans and Americans have even less accurate perceptions. And in case you needed further confirmation that anti-Muslim prejudice isn’t a problem restricted to the global periphery, Wirathu at one point even implores the people of the U.S. to elect Donald Trump to the presidency.

Throughout his documentary, Schroeder lays out the rise of anti-Rohingya violence and Wirathu’s concomitant ascent to prominence soberly, patiently, and without stylistic flourishes. The Venerable W. is at times downright dowdy, but there’s an ever-present sense of rage and despair burbling beneath its placid surface. As a political documentarian, Schroeder is the antithesis of a showman like Michael Moore; he’s practically allergic to overt editorializing, remaining unseen and unheard throughout the film’s interview segments. Schroeder even goes so far as to eschew any identification of his interview subjects until the very end of the film, where each receives a brief chunk of text identifying their backgrounds. It’s as if Schroeder believes that to even tell us whom he’s speaking to would be to inappropriately bias our perception of what they’re saying. Listen first, ask questions later.

Which isn’t to say that the film lacks a point of view. On the contrary, The Venerable W. is doggedly moral, using the words of the Buddha himself—delivered by the eerily monotone voice of Maria de Medeiros, and identified in the end credits as The Little Buddhist—as a kind of Greek chorus, commenting on the shocking acts of violence committed in his name. What more damning indictment of Wirathu’s venomous fearmongering could there be than this quotation from the Buddha which closes the film?: “Hatred will never put an end to hatred. Only love can do that. This is the eternal law.”

Review: Grave of the Fireflies