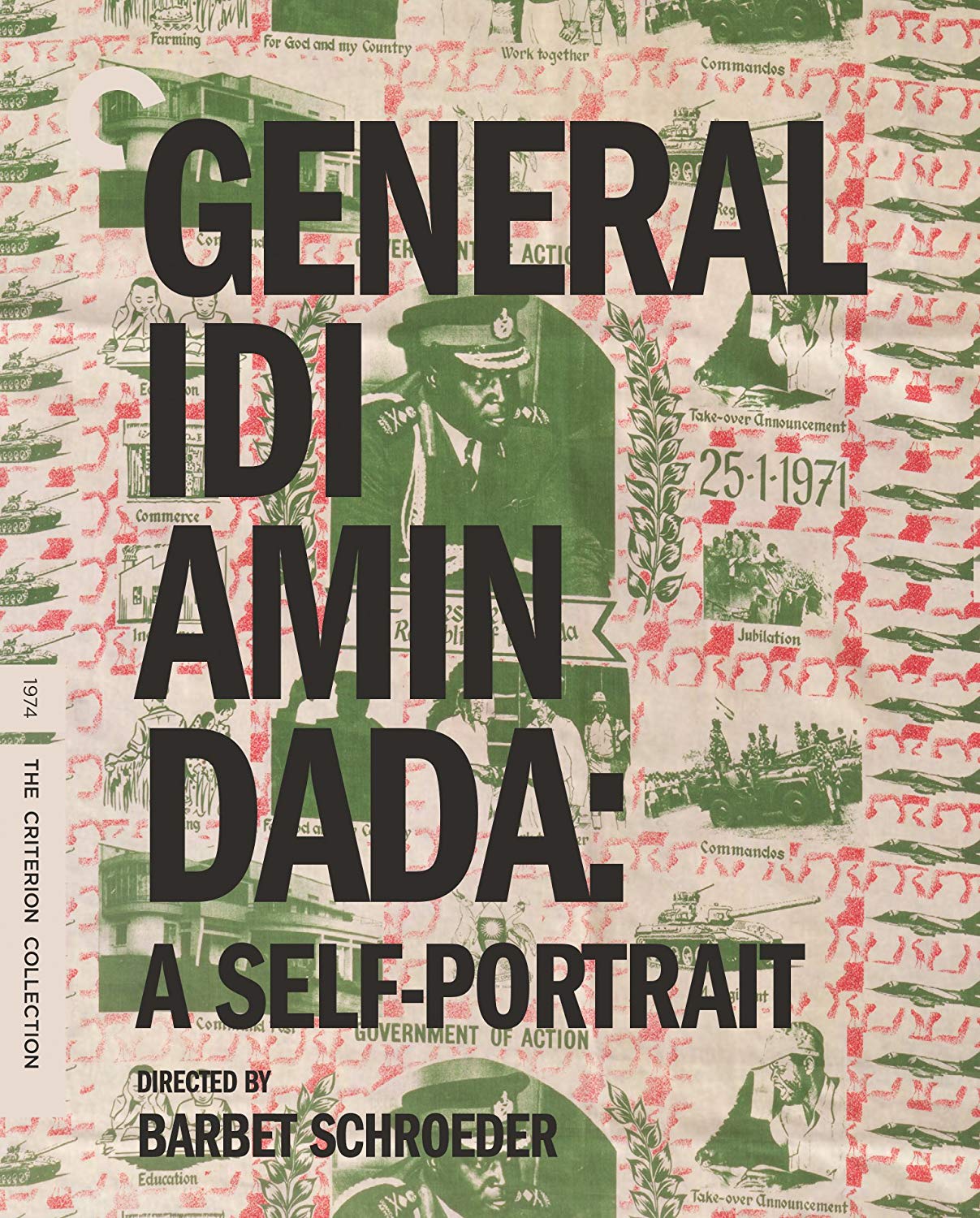 “Political power grows out of the barrel of a gun,” Chairman Mao once said, a sentiment that Ugandan dictator Idi Amin surely would’ve whole-heartedly endorsed. In fact, a scene early in Barbet Schroeder’s 1974 documentary General Idi Amin Dada: A Self-Portrait shows the self-proclaimed “President for life” demonstrating with some pride his marksmanship skills at a military firing range, where a sign glimpsed overhead advises “Shoot to Kill.” It’s an admonition that’s as accurate as Amin’s aim: While in power for a paranoia-fueled eight years, Amin is reputed to have been responsible for the deaths of somewhere around 300,000 Ugandans.

But there’s also the power that grows out of a camera’s lens. Schroeder’s film, at once intimate and alienating, requires a particular kind of double vision on our part. On the surface, the documentary is intended as a “self-portrait,” allowing Amin a free hand to set the stage, whether acting as wildlife tour guide to the camera crew, marshaling his forces for some impromptu war games, or brazenly intimidating his cabinet ministers. Amin even wrests directorial control from Schroeder entirely at one point, brashly instructing DP Néstor Almendros to turn his camera on a low-flying helicopter.

The documentary continually undercuts Amin, calling into question the political leader’s motivations, as well as the veracity of his more outrageous claims, in ways both immediate and more subtle. From time to time, a voiceover narrator comes on to bluntly refute Amin, or else supply a piece of information that casts a whole new light on a situation. That’s the case when we’re told that the minister Amin has just accused of misrepresenting Uganda to the rest of the world was found floating in the Nile River two weeks later. Elsewhere, the narrator wryly claims that Amin has disowned several of his four wives for “not being revolutionary enough.”

Sometimes the documentary’s imagery requires a little outside knowledge to register fully: Shots of Amin attempting to wrangle crocodiles along the riverbank acquire a quite different (and altogether hideous) significance when you realize that he was routinely feeding his political purge victims to these same creatures. At other times, Schroeder’s objection to Amin’s official story is conveyed entirely through visual means. This reaches surreal heights when Amin demonstrates how he could easily win back the Golan Heights from Israel with a few tanks and a little air support.

Amin’s animus against Israel crops up again in one of the film’s more formally distanced scenes. Schroeder keeps cutting from his own footage of Amin poolside, interacting with a handful of his nearly 50 children, to similar images being broadcast on Ugandan TV’s nightly news. This parallelism seeks to demonstrate that everything we’re seeing is merely par for the course, even when Amin suddenly announces that he’s obtained a “manual” that outlines Israel’s plot to take over interdenominational religious hot spots across the region. (The how-to guide turns out to be none other than the notorious, and entirely spurious, Protocols of the Elders of Zion.)

Amin seems determined to position himself as some resolutely jocular agent provocateur, but this gadfly persona is just one among many. The man is, if nothing else, a bundle of disconcerting contradictions. Whatever the context, whether it’s boxing or medicine, Amin knows best and performs best—a fact that’s demonstrated to hilarious effect in a scene where he cheats his way to victory at a pool party. Schroeder’s unprecedented access to Amin gives us a glimpse into a mindset that’s perhaps best described as the relentless collusion between power and delusion. It’s a character type that struts and frets its hour upon the world stage all too regularly.

The Criterion Collection’s Blu-ray upgrade of the documentary boasts a new 2K transfer from the original camera negative that improves on their already solid 2002 DVD with boosts to both the clarity and detail of Néstor Almendros’s on-the-fly cinematography. Colors are rendered more vibrant, flesh tones more lifelike; grain from the original 16mm film stock is evident throughout but never becomes overly noisy. The PCM mono track is reasonably clean and clear; nevertheless, accent thickness may encourage the use of subtitles. The score, credited to Idi Amin himself, comes across with reasonable fidelity, even if it does sound a trifle boxy at times.

The most informative bonus feature is still Barbet Schroeder’s 2001 interview, carried over from the 2002 Criterion DVD edition of the film. Schroeder talks about the interpenetration of fiction and nonfiction in all his work, his desire to let Amin frame his own self-portrait, and Amin’s (armed) response to the film. Schroeder also relates some pretty horrific stories about atrocities Amin committed over the course of the production. The 2017 interview with Schroeder repeats, in condensed form, most of the anecdotes found in the previous feature, interlarded with a few additional comments. The most intriguing of these concerns requests for prints of the documentary that were intended to be given as gifts to other dictators in a particularly perverse variety of “keeping up with the competition.” Journalist Andrew Rice provides indispensable historical context on Uganda’s colonial history and independence, Amin’s overthrow of Milton Obote and subsequent regime, and the period of civil war that followed Amin’s ouster in 1979. The fold-out booklet contains a new essay from J. Hoberman (replacing David Ehrenstein’s contribution to the DVD edition) that provides an overview of Schroeder’s career and offers a few trenchant comments on Amin’s dictatorial style.

This disturbing documentary portrait of power and delusion gets a satisfying Blu-ray upgrade and a few new extras from the Criterion Collection.