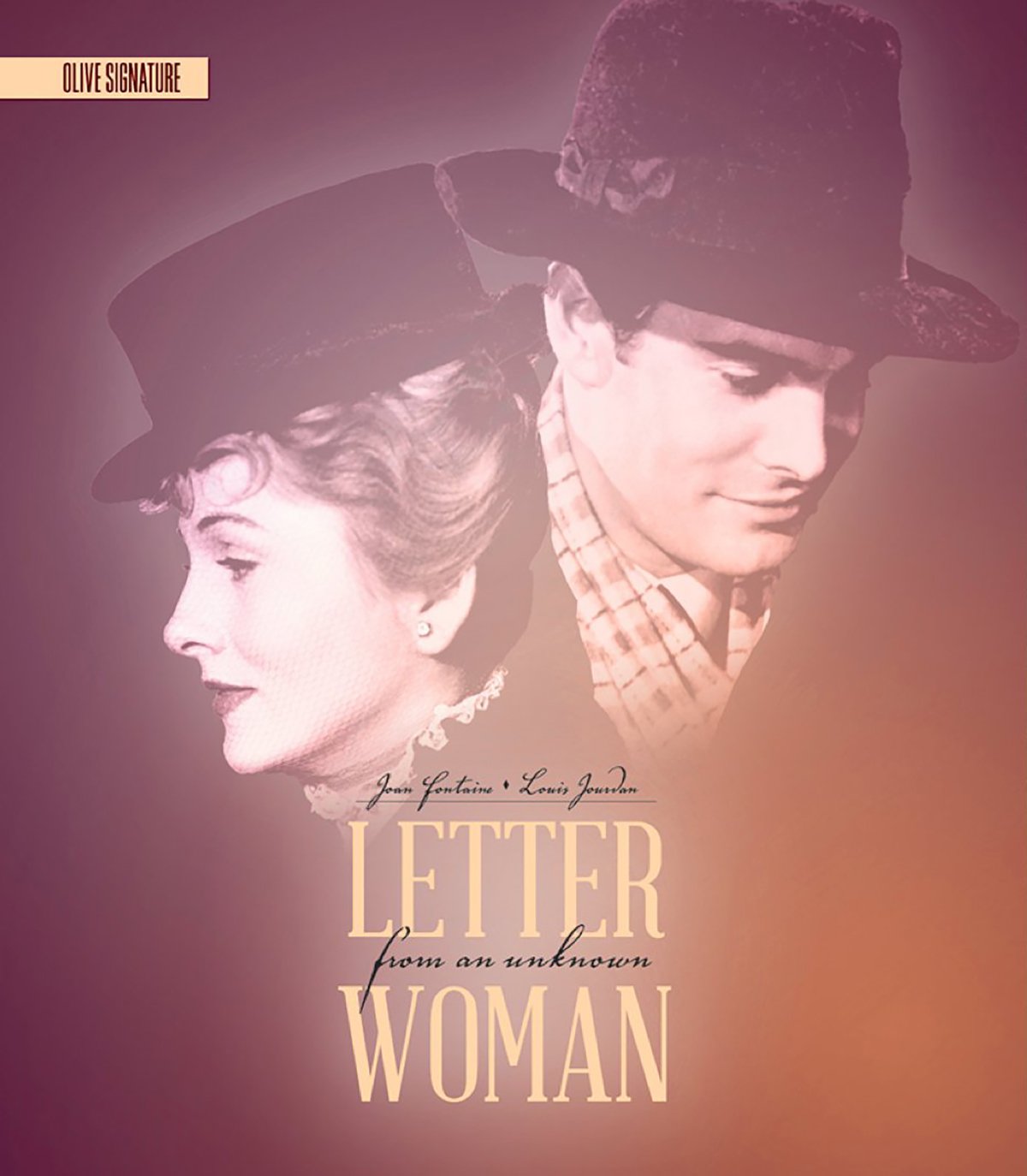 For a long while during Max Ophüls’s Letter from an Unknown Woman one gets the sense that the reason the filmmaker’s camera is constantly gliding up, down, and all around his thwarted would-be lovers is because they themselves can’t find it within their constitutions to move on their own. It’s as if the self-inflicted emotional torture of one and the thoughtlessly cruel indifference of the other create a low-pressure system that displaces every single camera setup. In other words, it’s a melodramatic perfect storm.

Based on a Stefan Zweig novella, the film stars Joan Fontaine as Lisa, a plain young Viennese woman who becomes infatuated with the concert pianist, Stefan Brand (Louis Jourdan), trilling away on his baby grand in the apartment upstairs from her mother’s den. Stefan is a carefree playboy, but still manages to occupy Lisa’s every waking thought. Their paths cross one evening, and he treats her to a romantic evening in an amusement park, capped off by a, for her, years-deferred tryst that she hopes will kick-start their lives together. Sadly, he moves onto the next conquest without a second thought—or, really, a first one. Lisa gives birth to their son but remains either too proud or too idealistic to bother Stefan with the news, or perhaps she’s deluded enough to presume true love will still emerge from their chemistry, and refuses to allow for the possibility that she would be seen as an extortionist.

Ophüls’s direction is, as ever, florid and extravagant, stopping just short of ostentatious, which for some might indicate some sort of betrayal against Lisa’s cradle-to-grave reticence—which is so pronounced that one could be forgiven for thinking, during the film’s earliest scenes, that she’s been bilocated over from Johnny Belinda. There’s little to indicate that Lisa would go for a “make him see what he missed” form of retribution, but the film’s form nonetheless emerges from her subjective point of view.

The titular letter that the typhus-afflicted Lisa writes to Stefan is tinged with nostalgia and wisdom, and the film’s tone reflects her feverish attempt to summarize the disparity between the life they spent predominately apart and the life she still feels they should have spent together. That gulf is never more prominent than the lengthy scene showing their one official date, a stunning yet intimate series of stolen moments set against the backdrop of a nearly closed amusement park. Their play allows Ophüls the opportunity to indulge his self-awareness; it may as well be him putting another coin in the admission booth worker’s palm, begging her for one more rolling painted backdrop to simulate a train ride across the Alps. However, in a film filled with remarkably responsive cinematic gestures, Ophüls’s truest moment comes the moment Lisa and Stefan’s second date reveals itself to be something crushingly disappointing, a moment his roving camera freezes in its tracks.

Olive’s 2012 Blu-ray of Letter from an Unknown Woman sported a serviceable transfer with minimal clean-up, which marks their new Signature Edition of the film, sourced from a 4K restoration, as a major improvement. Instances of debris and print damage have been nearly eradicated. The image is more stable, boasting consistent contrast and looking darker and more filmic throughout; the shadows are deeper and the smallest of background details are more noticeable than ever. The audio doesn’t appear to have gotten any significant overhaul; it’s tinny overall but otherwise clean-sounding.

The original Olive release of the film contained no extras, but the Signature Edition comes loaded with new features. Lutz Bacher, author of Max Ophüls in the Hollywood Studios, provides a commentary track that delves into the intricate technical assembly of the film and how it diverged from prevailing shooting methods of the time. An interview with the Ophüls’s son, documentarian Marcel Ophüls, details, among other things, the filmmaker’s life prior to his emigration from Europe under the rise of Nazism, while film professor Dana Polan places Letter from an Unknown Woman in the broader context of the women’s pictures of the 1940s and ’50s. Cinematographers Ben Kasulke (The Forbidden Room) and Sean Price Williams (Good Time) discuss the lasting impact of Ophüls’s innovative direction on modern filmmaking. Critic Tag Gallagher contributes a video essay that details the extent to which the film reflects Lisa’s perspective, logically following the framing device to illustrate her backstory in her terms and embellishment. Finally, the disc comes with an essay by critic Molly Haskell that situates the film within the context of Ophüls’s filmography and recurring themes.

Olive Films easily supplants their earlier release of Letter from an Unknown Woman with a vast improvement in video quality and a slew of quality extras.