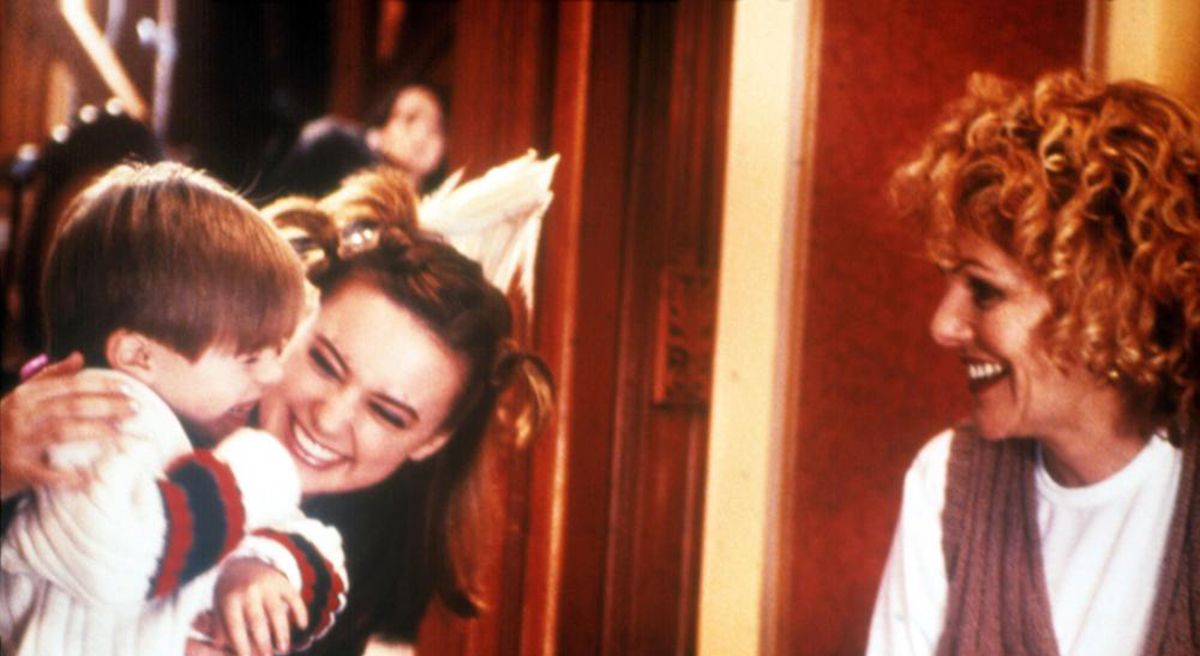 Having lived in Weehawken for over 20 years, I can attest to the town’s beauty. Its small-town quaintness and proximity to New York City accounts for its yuppie appeal. After seeing Linda Yellen’s lifeless The Simian Line, however, I’m ready to move out. The film doesn’t get anything right—curiously, the many shots of New York City’s skyline suggest that there are more interesting things going on across the Hudson. Yellen’s wooden characters are virtual refugees from a Clue board game, walking on the same Boulevard East hundreds of us stood upon when the WTC came tumbling to the ground. The towers are in full-view here, grim reminders of better times and better films. Cradle-robbing Katherine (Lynn Redgrave) and her boy toy Rick (Harry Connick Jr.) host a Halloween party for their Gen X tenants Marta (Monica Keena) and Billy (Dylan Bruno) and pin-up neighbors Sandra (Cindy Crawford) and Paul (Jamey Sheridan). Tyne Daly’s Anita is the party-pooper fortuneteller with an unexplained white powder hanging around her neck (cocaine, I’m sure, which would explain her egregious mood swings). The crazy biddy prognosticates one couple’s romantic demise on her way out the door just as Katherine’s home is invaded by a lame pair of ghosts: flapper Mae (Samantha Mathis) and Katherine’s Southern granddaddy Edward (William Hurt). Katherine is understandably bit by the green-eyed monster (remember, Crawford is her next-door neighbor) while Marta’s Wall Street ex-lover dies off-screen, leaving her and the obnoxious Billy to play daddy and mommy to her little boy. The Simian Line’s notion of a climax: ghosts Mae and Edward coach Marta’s kid into giving Eric Stoltz’ tea-loving social worker the right answers. Stained glass cuts on cue though character run-ins are nowhere near as cutting as they should be. The film’s banal direction is highlighted by awkward character asides that sound like excepts from the film’s upcoming Mystery Science Theater 3000 airing. In fact, you might think Weehawken is the epitome of dorkdom after the chimpanzee-less The Simian Line makes you choke on its old-fashioned, spiritless dust.