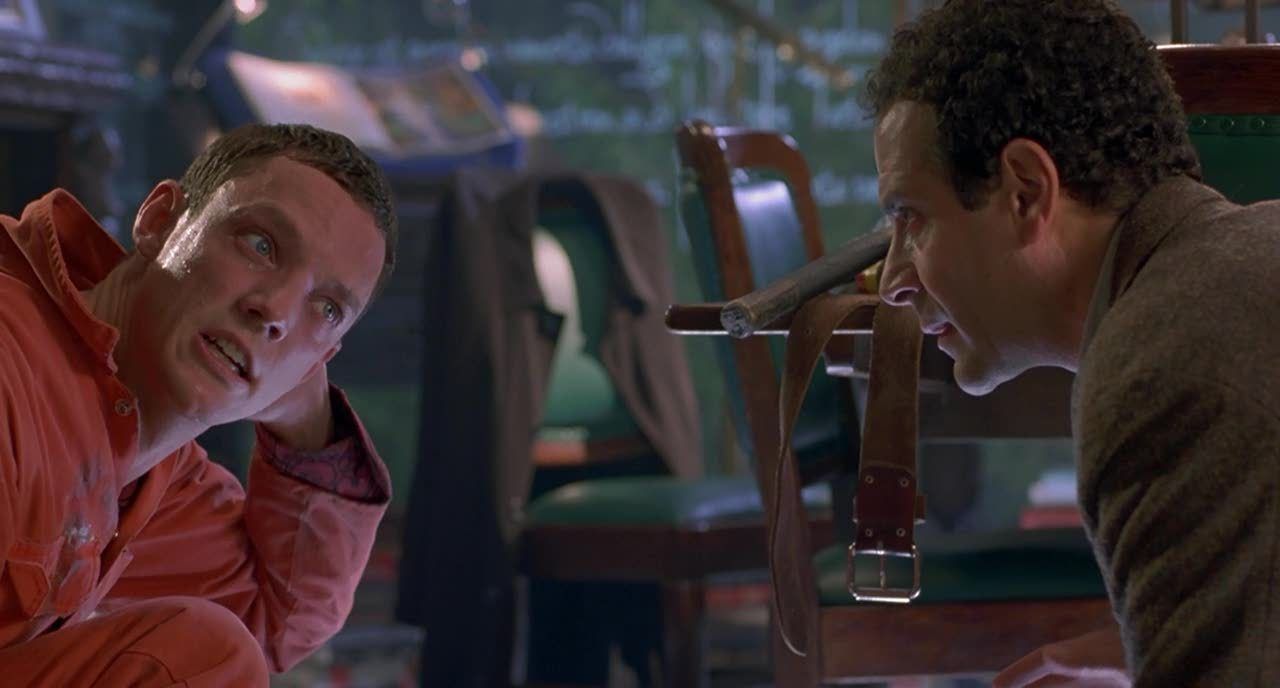 Steve Beck’s special effects past is all over Thir13en Ghosts, a slick rush job that recalls everything from Trilobyte’s classic video game 7th Guest to Ghost in the Graveyard. Worthy of Mario Bava’s Shock, the film’s opening title sequence ludicrously celebrates familial harmony with an awesome circular camera pan that ends in fiery chaos. Recent widower Arthur (Tony Shalhoub) inherits an architectural deathtrap from his crazy Greek uncle, Cyrus (F. Murray Abraham). The supposedly deceased ghost catcher lures Arthur and his motherless children into his dioramic glass chamber, revealed to be a time travel device powered by 13 zodiac-styled ghosts. The film’s art direction is startling (the home’s unbreakable glass walls are covered with Latin text), although Beck does little with the space. The home’s glass walls ferociously bisect a lawyer but Beck’s fabulous décor remains shamefully underutilized. Shannon Elizabeth campily recalls Elizabeth Berkley when she goes slow-mo gaga over the home’s beds and tubs. Everyone dons glasses to see the film’s ghosts, who cover the entire human spectrum from bloody Playboy bunny to overweight hillbillies. The jokes are funny (“Did the lawyer split?”) but the scares are virtually nil and the twists relatively predictable. But through it all there is Rah Digga, playing a soul sister nanny/DJ who scratches it up and manages to bring the house down by the time the Contact-style finale putters around.

Review: The Bird With the Crystal Plumage