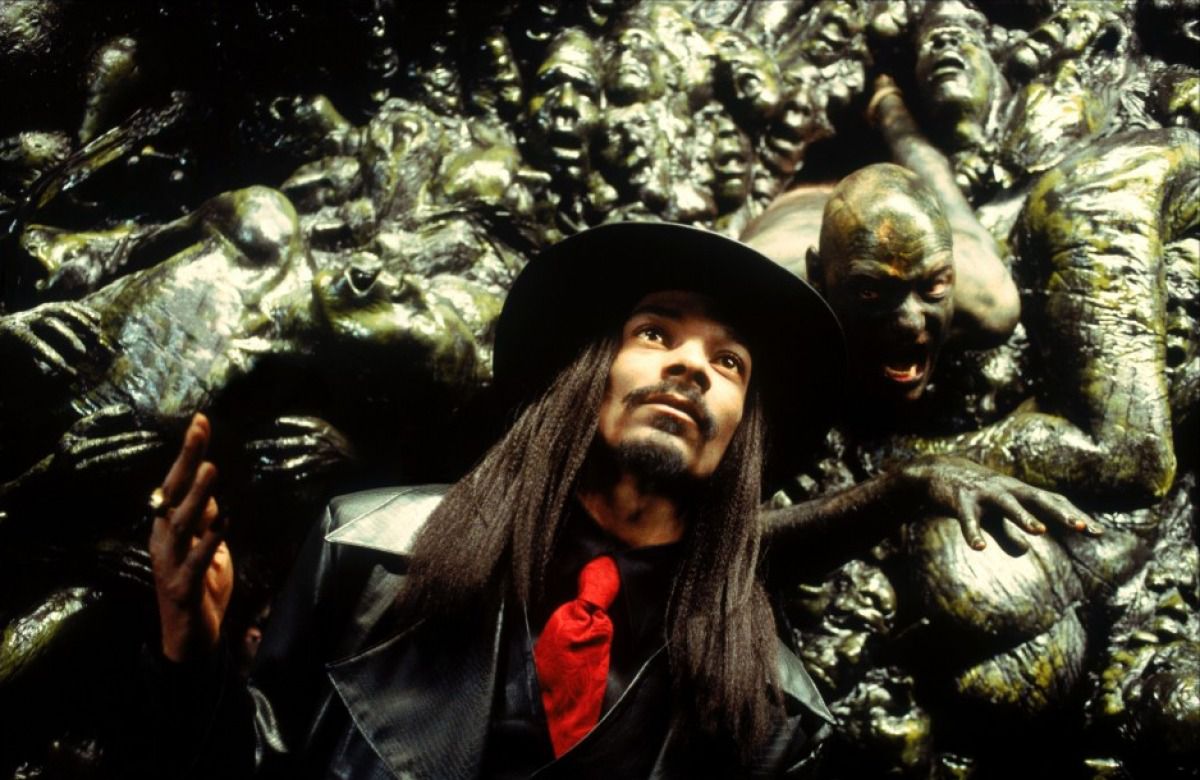 With the possible exception of the Hughes brothers’ equally ghetto-fabulous From Hell, Ernest R. Dickerson’s Bones out-funks all horror films currently on the market. Snoop Dogg’s Jimmy Bones was a pimp daddy offed before his time, shot and stabbed by fellow brothers looking to take the crack pipe to the bank. Flavio Martinez Labiano’s silky blue cinematography owes plenty to Argento’s stained glass freak shows, deftly bridging gothic present and sepia-toned past. (The film’s maggot storm is an obvious shot-out to Suspiria.) A run-down crack house is about to be turned into a raver’s paradise by a pair of DJ brothers, whose father was responsible for Jimmy Bones’s death. As the narrative slowly unravels, the living ghosts of the present are tragically implicated in a history of black-on-black violence. Jimmy’s rabid dog servant feasts on human flesh (another Suspiria nod) and his master begins to slowly reawaken. The film’s social-climbing grown-ups thought they could leave the ghetto by shedding a brother’s blood. When Jimmy is unleashed from his tomb, he unleashes his revenge with gangster funk. Dickerson knows his doggy dog world is a Catch-22 one but Jimmy is more than willing to suggest suicide is preferable to killing a brother on one’s way out of the pound. The film’s groovy jams are slick cowlicks on the past’s sweaty face, highlighting a scene where Jimmy’s dog messenger uses the female form to cripple a sexed-up brother. Jimmy, though, is tragic to a fault; he may want his hot mama (Pam Grier) and baby girl by his side, but his sense of family solidarity is blinding. Bones will no doubt fly over many heads and Dickerson knows it (see the deaths of the film’s clueless white boys that opens the film). The film’s decapitated-head-aplenty finale is ludicrously overwrought, but who cares when a socially conscious horror flick gives death such a fabulous mac daddy face?