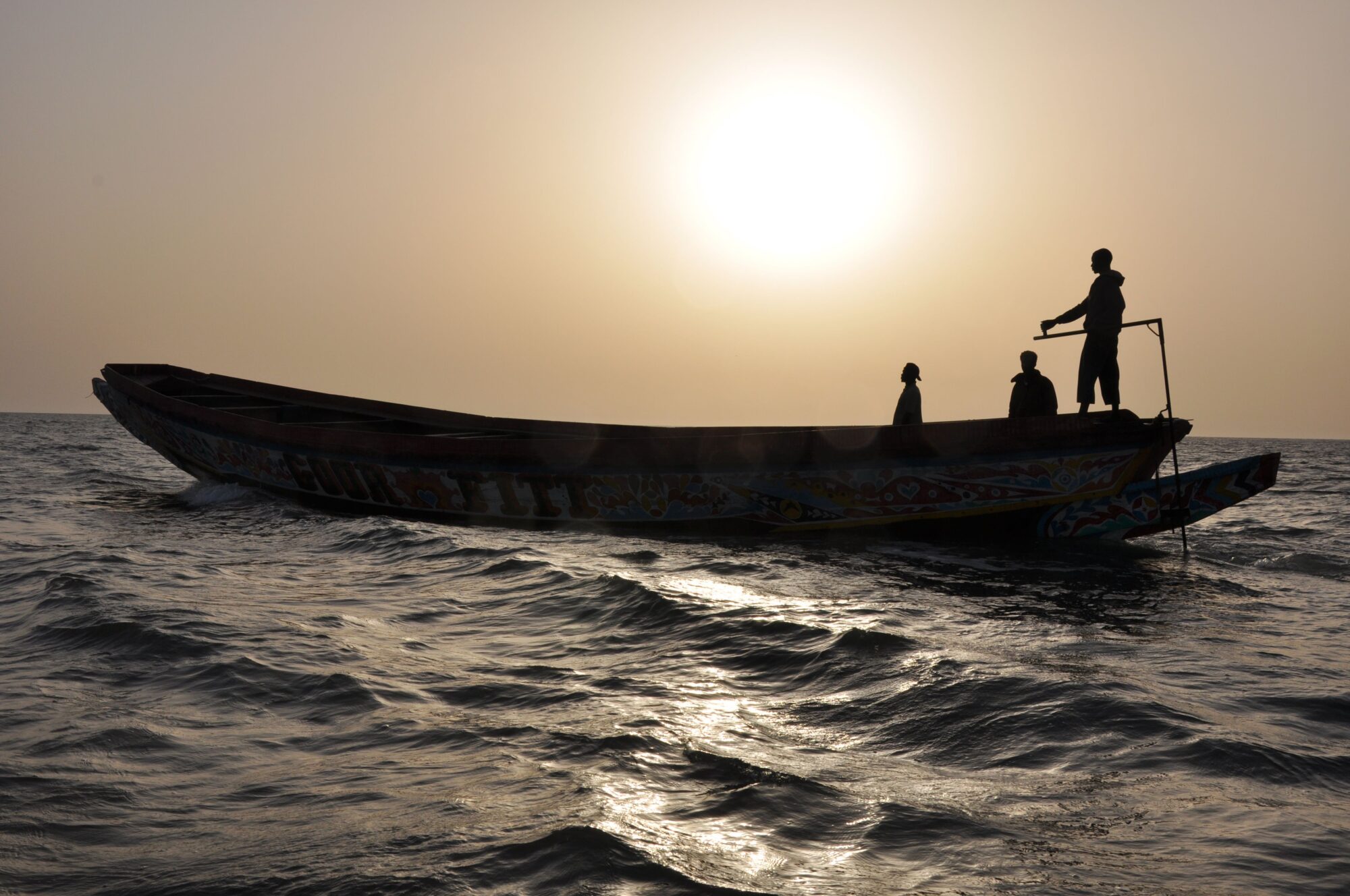 Ousmane Sembène’s 20-minute debut, Borom Sarret, released in 1966 and often cited as the first film produced by an indigenous African, established a tone for Senegalese cinema that, if Moussa Touré‘s The Pirogue is any indication, still thrives to this day. Borom Sarret follows the cosmic punishment of a poor cart driver in Dakar as his day of hard labor goes from bad to Kafkaesque; the black humor is of the bleakest, brutalist variety, and the film is nothing short of a masterpiece. That The Pirogue fails to hit this lofty mark perhaps says less about the quality of the film itself than it does about the indelible mark Sembène’s legacy left on the Senegalese film industry, but the comparison, however unfair, seems apt: Touré‘s dramatic sensibility hews closely to the spirit of world-weariness that Sembène’s cinematic dirges popularized, and like Sembène’s, his worldview is characterized by the feeling that, at the end of the day, some degree of loss or defeat is inevitable.

In the case of The Pirogue, the prospect of defeat looms over the very premise: Thirty men and women undertake a dangerous voyage across the Atlantic on what is essentially a motorized raft, hoping for safe passage from the shores of their native Senegal to some far-off Spanish idyll. That they won’t sail especially smoothly should come as no surprise. One of the film’s most appealing qualities, steady across the first act, is the dry humor with which Touré regards his chosen milieu; the sense of helplessness before circumstance so pervades the daily life of his protagonist, Baye Laye, that his hesitation to set sail for (literally) greener pastures is framed as an almost perverse obligation to a place with little for him. When his wife advises him to avoid Spain and head instead for China (there’s a crisis in Europe, she observes), Laye can do little more than shrug. Touré lets the suggestion hang in the air to ironic effect: What’s a European crisis compared to daily life for them at home?

This sort of savvy screenwriting, however, all but disappears once Laye and his crew actually board their meager vessel, replaced by an unfortunate reliance on stock types and dramatic cliché. The Pirogue is thus rather quickly transformed into a generic variation on the classic Lifeboat scenario, with its motley huddled masses feeling the strain of survival as their numbers gradually thin. The authenticity of the story—a title card informs us that over 30,000 Senegaleses have emigrated by way of pirogue boats in the manner depicted here—lends it a certain gravity, conferring the sense that what we’re watching has real-world stakes. But the second and third acts’ tension-ratcheting contrivances, which quickly graduate from innocently misguided to genuinely hackneyed, actively work against any goodwill the film has worked to earn; by the time a too-convenient deux ex machina has arrived to liberate the screenplay from the task of wrapping things up, the action has long since lost credibility. This is a shame, especially given that Touré, having exhausted his arsenal of shopworn conventions during the climax, manages to close the film on a poignant, bittersweet note—one that, given how far off course the film drifted, it never really earned.