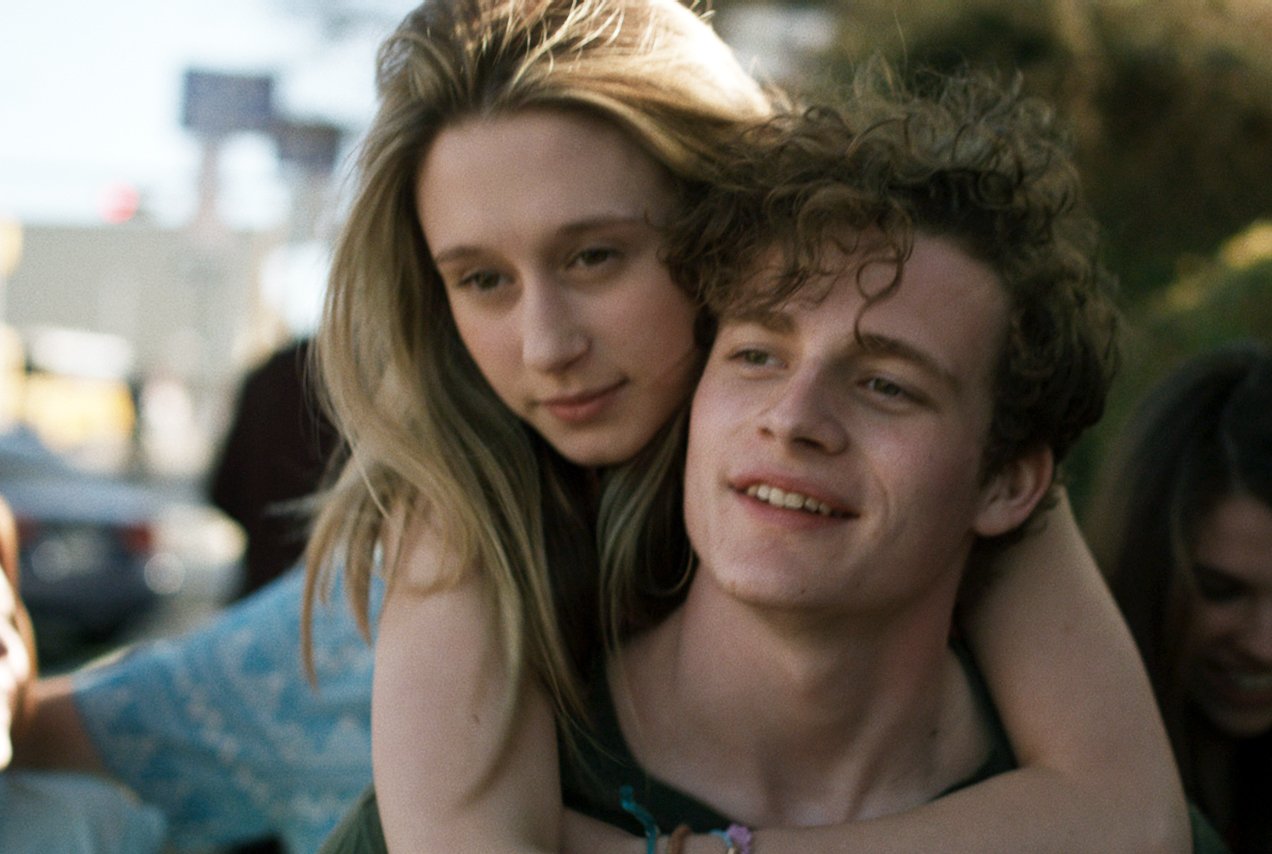 Writer-director Hannah Fidell’s debut feature, A Teacher, tells the story of a high school teacher who enters into a sordid love affair with her underage student. It’s the type of tale that’s been played out in many iterations in the past, usually dominating our 24-hour television news cycles and daily papers, titillating the public imagination as much as it breeds a sense of communal, moral outrage. But asking the question of morality, ultimately, isn’t the main goal of the movie. Fidell presents the affair between English teacher Diana (Lindsay Burdge) and charismatic teen Eric (Will Brittain) with an ambiguity that neither romanticizes nor condemns their actions. Their flirtatious looks in school hallways, clandestine rendezvous in the backseats of cars, and naughty nighttime text messages form the frame on which a second story rests—a story not about a scandalous love affair, but the psychological workings of a woman bent on self-destruction.

The film’s major turn comes with the end of the relationship and the beginning of Diana’s growing obsession with her young student. It’s an interesting shift, but it’s where the story begins to lose its way, devolving into confusion. Burdge’s restrained performance forms an engaging complement to the film’s rather austere visual landscape, which in turn starkly contrasts with the foreboding score by Brian McOmber. And yet, we watch Diana make one insane choice after another, rising to a crescendo of a final scene that’s a highlight for Burdge as an actress, but a low point for the film as a narrative.

What it all comes down to is context. A Teacher is similar to Shame, another visually austere character study dealing with the slow unraveling of an individual who seems to have it all together. Fidell relies on her visual style and the strength of her actors to get much of the emotion across, but the script is woefully underwritten. Though the audience is placed firmly within Diana’s point of view, an odd distance remains between us and the character, a distance echoed in her relationships with her family, her friends, and even her young lover.

A short scene in which Diana interacts with her brother hints there might be issues with her family that run deep, and later scenes in which her obsession intensifies imply a severe mental illness. However, while her addled mental state is played out in front of us, it’s never adequately explored, displayed more as a symptom of a messed-up love, rather than an issue that she’s been actively dealing with perhaps before she began her affair.

Answers, of course, aren’t always necessary; indeed, sometimes the absence of answers is what makes a story intriguing. In the case of a character study, however, a little more insight into the motives of the main subject would have strengthened the film and made its ending feel earned. An ongoing motif of Diana jogging intensely down an empty suburban road opens the film and continues to weave throughout its many vignette-like scenes as a sort of backbeat, not-so-subtly suggesting that she’s running away from something. While the film is ultimately an intriguing and visually striking attempt, it’s unfortunate that we never learn what Diana is actually running from.