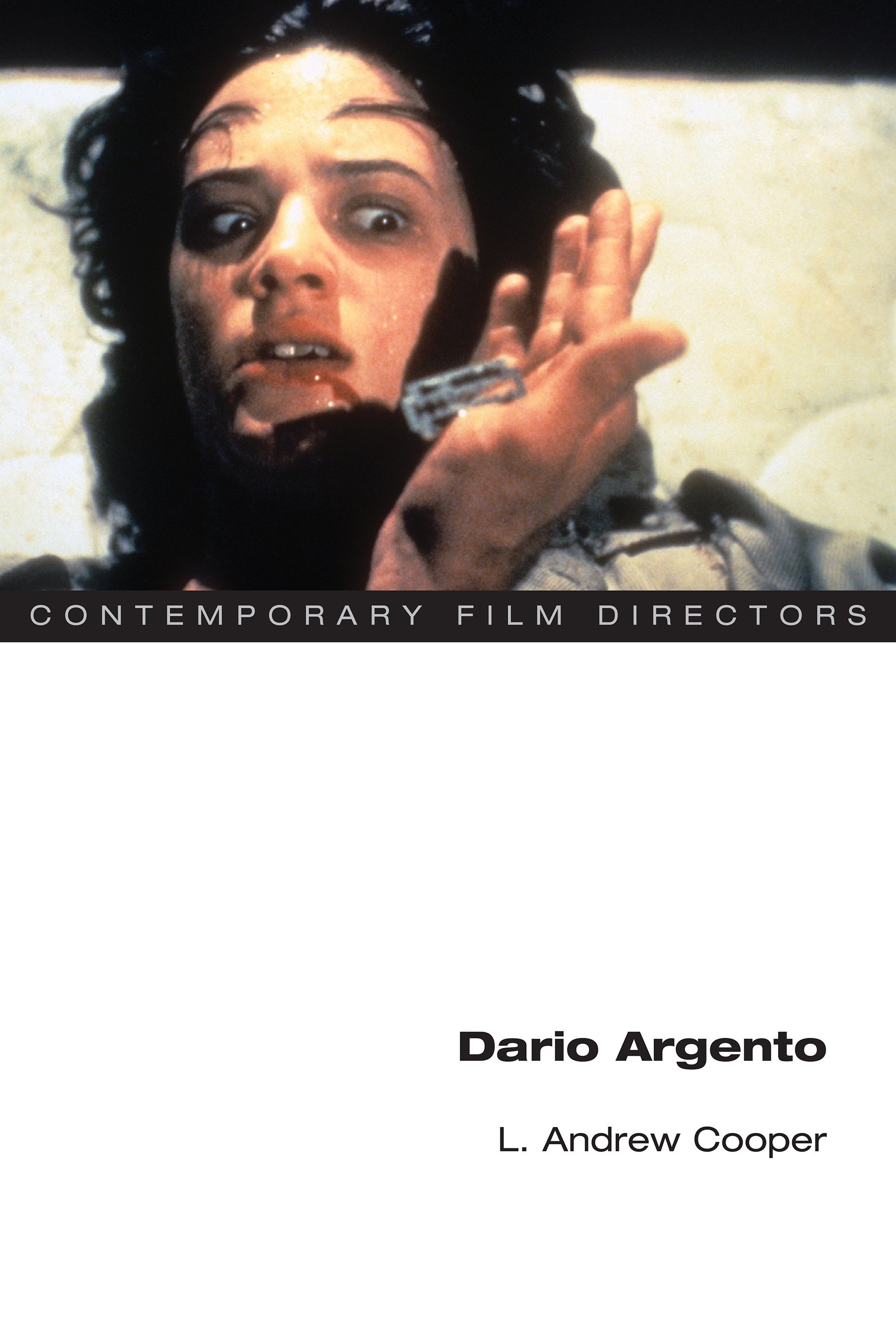 “What the fuck is this bullshit psychoanalysis?” are the wonderful words spoken by Jeremy Irons’s Beverly Mantle in David Cronenberg’s Dead Ringers (1988), and if you follow the arguments of L. Andrew Cooper in his new book, the films of Dario Argento often share a similar opinion. Cooper claims Argento, though labeled early in his career as the “Italian Hitchcock,” spent his early, gialli-focused years lambasting and lampooning “Freudian proclivities,” most notably in The Bird with the Crystal Plumage (1969), which positions itself as a Psycho (1960) homage, only to jest at Hitchcock’s insistence upon closure via psychological ends. In fact, Cooper argues that aesthetics, especially beginning with Deep Red (1975), become a replacement for both psychoanalysis and narrative in Argento’s films, leading him toward an interest in visual excess, which would culminate in Suspiria (1977) and Inferno (1980), films that “in their combinations of wild visuals and storylines that challenge storytelling itself, were unlike anything the world had ever seen.” If the previous claim reads slightly clunky and definitely hyperbolic, it’s likely because Cooper’s book, on the whole, is torn between its academic and populist inclinations. Unlike Maitland McDonagh’s revelatory Broken Mirrors/Broken Minds: The Dark Dreams of Dario Argento, which strikes an invigorating balance of analysis, theory, and historicizing, Cooper states from the onset his desire to “eschew a traditional auteur approach.” Necessarily, this leads him down a rather predictable post-structuralist path, replete with deconstructionist close-reading after close-reading—all of them informative and knowledgeable, certainly, but few, if any, of them truly illuminating the depths of Argento’s oeuvre, beyond relatively fundamental distinctions between form and content and Argento’s non-normative subversions.

In terms of demographics, Dario Argento is clearly intended as a text for both newcomers and knowledgeable fans alike. Lengthy discussions of Argento’s major films function as the book’s core, breaking down sequences for gender implications, formal construction, and the director’s growing “emphasis on aesthetics and spectacle.” What becomes problematic about the analysis, however, is its general inability to adequately express, in diachronic means, Argento’s virtuosic, affect-laced style. Cooper rightfully states and places aesthetics as the guiding principle of Argento’s work (narrative remaining secondary), but offers insufficient explanations and ends, such as “moments of nonsense are crucial to Argento’s atmosphere of terror.” Such a relatively meaningless claim begins to crumble if one seeks a more existential explanation for Argento’s cinema. Moreover, grounded by its flat-footed integration of well-known theory (the book actually defines auteur theory via Andrew Sarris and includes an introductory paragraph on the ideas of Laura Mulvey), Cooper manages the material in a workmanlike, if undercooked manner.

Cooper’s most compelling ideas are only given passing address, particularly his aligning of Argento with Michelangelo Antonioni and Federico Fellini, for their self-reflexive qualities. Primarily, Cooper offers Inferno as Argento’s 8 ½ (1963), namely for its overtly “oneiric qualities” and autobiographical elements. Much like Argento’s follow-up Tenebre (1982), Inferno places an artist as its protagonist (Tenebre would become much more explicitly autobiographical) and casts longtime Argento girlfriend and co-writer Daria Nicolodi in a lead role. These are excellent initial observations and a vital element in offering Argento as transcendent of his often strictly generic categorizations. Yet, Copper not only ends the line of inquiry there, but appears to even lack the conviction of his initial claims, stating that a “Felliniesque reading might be possible” and “a reading of the film in terms of dream logic is certainly possible.” These are possibilities that don’t take shape in Cooper’s book, which proceeds to rattle through the remainder of Argento’s post-1990 oeuvre with little interest. Though the analysis is often tight, the book remains grounded in straightforward claims about Argento’s reception, even talking about his 21st-century films in light of torture porn, particularly the Saw franchise. Most importantly, Cooper notes Argento’s shift toward narrative following Opera (1989), which makes sense, given that film’s decidedly self-reflexive construct.

Argento has been a hot topic of late, as at least five monographs have been written about him in the last two years (including a must-own reissue of McDonagh’s). Most, if not all, of the books have been enthusiastic about Argento’s artistic prowess. Cooper’s addition, while slacked by some glaring issues and conflicting aims, is fruitful as a means for bestowing Argento with a degree of renown that he and gialli forerunner Mario Bava have yet to receive beyond the circles of a knowledgeable few. Nevertheless, a definitive study remains to be written, which will necessitate a more focused address of Argento’s “style over substance” critics and likely take an intertextual, auteurist approach.