Of all the sundry hiccups, fuck-ups, and outright offenses dogging Parker, the first of 2013’s handful of Jason Statham vehicles, it’s the first credit that flashes on screen after the action wraps that’s most egregious: “In memory of Donald E. Westlake.” Westlake, who died in 2008, spent decades protecting the namesake of Parker, a master criminal who appeared in a number of his novels, several of which were adapted as films, with the protagonist’s name changed at the author’s insistence. Chief among these were John Boorman’s Point Blank, starring Lee Marvin as “Walker,” John Flynn’s The Outfit, with Robert Duvall as “Macklin,” and Brian Helgeland’s half-awful Payback, a freewheeling remake of Point Blank starring Mel Gibson as “Porter.” Only comic writer Darwyn Cooke had ever received Westlake’s blessing to use the Parker name—until, of course, Westlake passed away in 2008.

So here, at least, is Parker, the long safeguarded name front-and-center, blasted across the opening titles in double-bolded, blood-red font. Taylor Hackford and writer John J. McLaughlin make mince of Westlake’s hard-boiled antihero, perfectly apprehended previously by Marvin more than 45 years ago. Where Point Blank put Westlake’s source novel, The Hunter, in dialogue with its star’s calcifying badass persona, casting Marvin as a WWII vet-cum-killing machine barreling toward a sorry sum of money following a double-cross that left him for dead, Parker’s just another largely pitiable excuse to jimmy Statham into a loose construct of an existing action franchise (see 2011’s The Mechanic remake).

The problem is that Statham, like most great action heroes, possesses enough rugged charm to subsist on his own merits, without coasting by on characters previously defined by canon tough guys like Marvin or Charles Bronson. There’s something protean about him that makes him seem all too malleable—a lump of supple muscle fit to be poured into one-or-another action-movie mold. (Even his most clearly defined character, The Transporter’s Frank Martin, has recently been sold off to a Canadian/French/German cable series.)

As an especial embarrassment, here Statham’s superficial manipulability is put in service of corny capering and costuming, introduced during the film’s tone-setting heist in character as a Catholic priest casing an Ohio state fair. Elsewhere in Parker, Statham will masquerade as a mustachioed everyman and a moneyed Texan tycoon. The joke, albeit one the movie’s almost certainly not in on, is that Jason Statham will always look like Jason Statham—10-gallon hats, affected drawls, and overly inconspicuous Clark Kent eyeglasses notwithstanding.

Like Point Blank, and Payback, Parker is foremost a narrative of vengeance. Following the state-fair robbery, Statham’s character is ditched and all but killed by his cronies (led by an enjoyably overblown Michael Chiklis), who make off with his share of the loot. Motivated by his even-steven ethics of reprisal, and a loose criminal “code” that apparently says nothing about willfully endangering friends and loved ones, he heads to Florida to head off his former partners at their next heist, going against the warnings of a mentor played by puffy, Pepto-Bismol pink Nick Nolte, offering up his veteran criminal wisdom in muddy gurgles of halfway-intelligible dialogue.

Before Parker arrives in sunny Florida, the film finds its strongest footing, moving around the same Rust Belt topography trodden by Duvall’s sort-of-Parker in The Outfit. Here, the film offers the most convincing sketch of its criminal underworld: a place far away from the big city HQs of New York, L.A., or Chicago, where bad guys hotwire minivans and square off in muted showdowns in strip-mall parking lots as none-the-wiser citizens gobble down their diner breakfasts.

When the film leaves Middle America for the mini-mansion milieu of Palm Beach, and finally resolves to set its action in motion, it stammers to a near-halt, working in a labored micro-drama involving a cash-strapped realtor (Jennifer Lopez) who resolves to reverse her financial fortunes by establishing herself as Parker’s partner-in-crime. It’s a puzzling wrinkle: pointless, sexist (tormented with shots of Lopez’s well-insured derrière as if to remind us that, yes, it’s still there), and in place for little purpose other than expanding the film’s demographic grid beyond young males.

Even when Hackford capably gets down to Parker’s nitty-gritty, as in a pre-climactic hotel-room knife fight between Parker and a wispily defined hitman who’s been on his tail, the swiftly edited and remarkably bloody violence only seems to place the film’s sillier sections—Statham in a cowboy hat, Lopez bickering with her stereotyped Latina mother about soap operas and her tiny dog—in relief. Tonally, Parker’s not so much broad or inclusive as weirdly schizophrenic, vacillating between flat comedy and spiked savagery, the product of a painfully slapdash script that also includes such laughable incidental dialogue as “pizza—I love that shit” and “beers and jewels, baby.” It’s almost comes as a relief that Westlake never lived to see it. 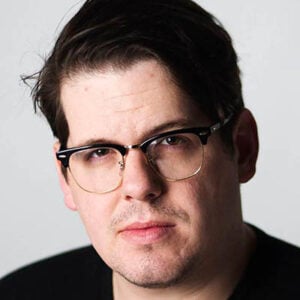