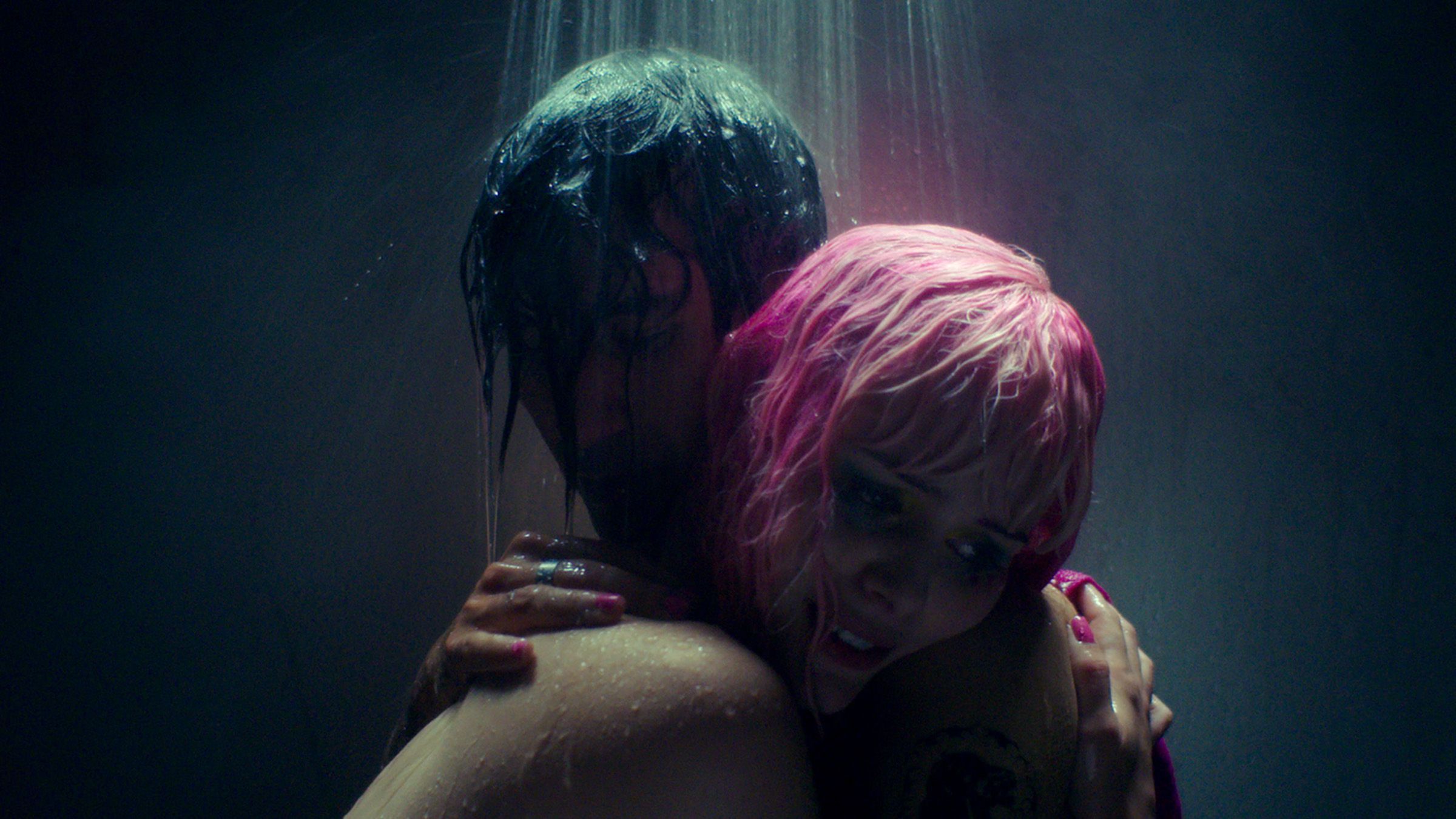 Daniel Y-Li Grove’s The Persian Connection is a neon-drenched neo-noir set in the seedy underbelly of Los Angeles’s Iranian ex-pat community. It apes the hyper-stylized visual panache of a Nicholas Winding Refn film while attempting to find a sense of experiential specificity in its story of a Persian refugee, Behrouz (Reza Sixo Safai), on the run from an old crime boss, Cirrus (Parviz Sayyad), who’s hunting for a stash of stolen drugs. Grove’s screenplay draws a line between the violence of the Iran-Iraq war, in which Behrouz fought as a child soldier, and the gritty life of crime he was thrust into when he came to America at the behest of Cirrus, who rescued him from his near-certain martyrdom only to conscript him into his own violent enterprise.

Grove adeptly creates an icy, über-hip atmosphere of sleek clubs, pulsating synths, and woozy opium trips, a style which has the unfortunate effect of draining much of the cultural specificity from his story. The Persian Connection’s L.A. has more in common with the shimmering, nocturnal visions of the city in Refn’s Drive or Michael Mann’s Collateral than it does with the Tehrangeles community the film purportedly depicts. The characters may speak in a mix of Persian and English and make various references to the old country, but Grove is more interested in his chromatically intense lighting schemes than in providing the sorts of finely observed cultural details that would provide some deeper understanding of this community and its people.

The film’s attempts at gonzo transgressiveness—including a scene in which Julian Sands, as a slimy Russian brothel owner decked out in a long white wig, silk robe, and pearls, goes on a graphic tirade about sexual anatomy—only reinforce the notion that Grove would rather get a rise out of his audience than craft interesting characters or a coherent cultural milieu. While The Persian Connection at least provides some psychological background for Behrouz via flashbacks to his war days, it never clearly defines him. He’s essentially a genre type: the man on the run. One can’t necessarily blame a genre film for employing stock characters, but by failing to shade in Behrouz (or any other character in the film), Grove provides little for us to latch onto other than his arresting visuals. This is a film that, shot for shot, draws you in with its sleek compositions and heady, synth-stoked vibe, but its half-hearted characterizations and sense of place keep one at an emotional remove.

Review: To the Bone