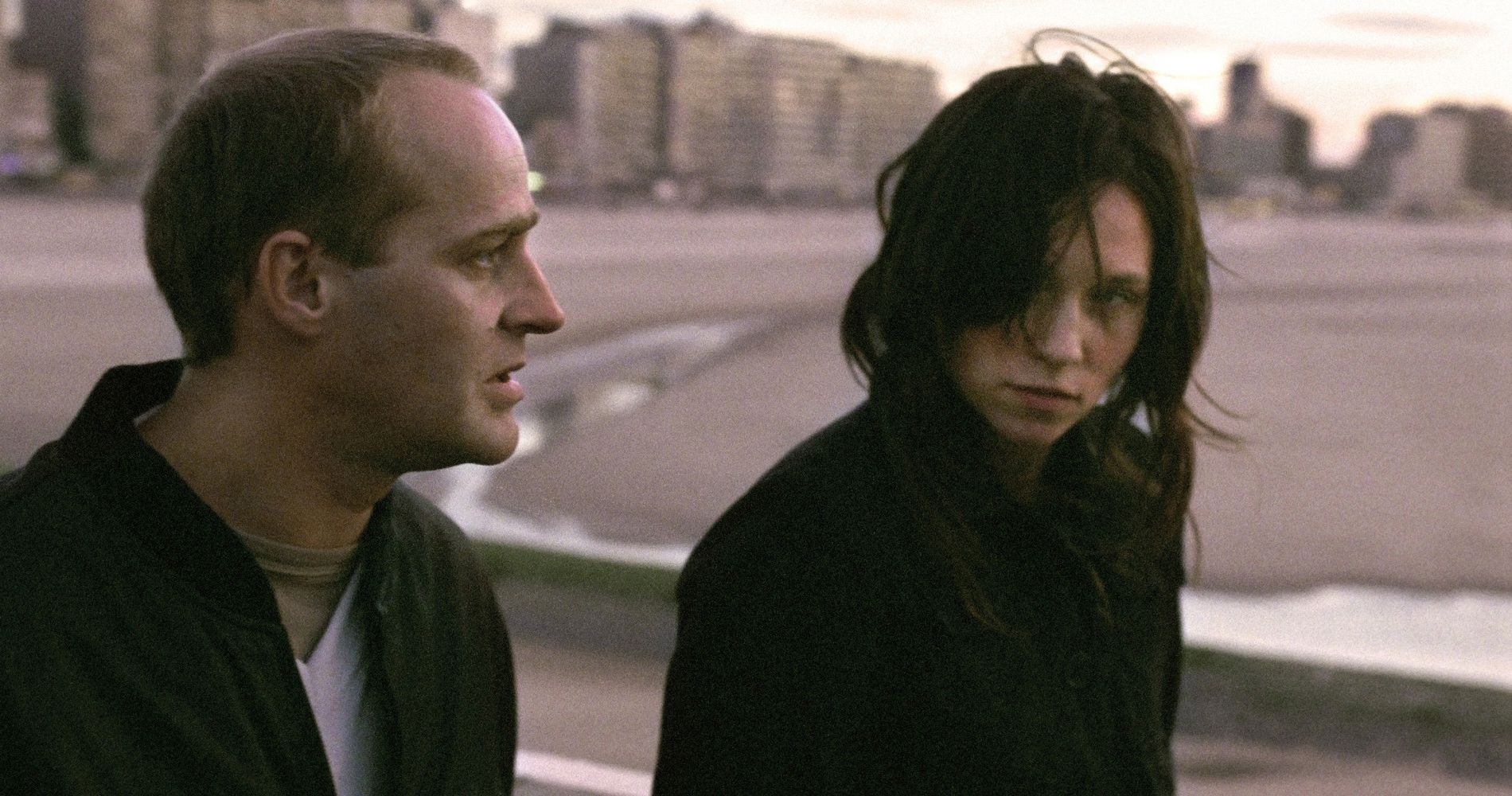 A character study of two people desperately fighting for a seemingly unattainable life, Matthias Glasner’s The Free Will is rigorous and wrenching, and made all the more impressive by the fact that one of its protagonists is a relatively empathetic serial rapist. Trying to elicit compassion for Theo (Jürgen Vogel, who co-wrote the script), who in the graphic opening scene beats and sexually assaults a bicyclist after being fired from his job, appears on the face of things like a bid for cheap sensationalism. Yet as his measured, patient tale bears out, Glasner isn’t interested in shock and awe; instead he intently concentrates on specific human conduct as a means of examining whether, per the film’s semi-ironic title, man has control over his innate inner impulses. It’s a question of fate and freedom that hangs over Theo’s provisional reintegration into German society after nine years in a psychiatric ward, a process spiked with the ever-present threat of violence that’s further complicated by his eventual, strained romance with Nettie (Sabine Timoteo), who’s recently moved out of her father’s home after some unspecified but hinted-at abuse.

Theo’s first assault, shot with up-close-and-personal immediacy, exhibits a touch of Irréversible prurience, as the director’s explicitness revels as well as reveals. And the suspense wrung from Theo’s subsequent stalking of a waitress and department-store employee—as taut and gripping as these sequences are—can feel a tad tasteless. Nonetheless, the director’s staging is stark and strapping, vividly portraying Theo’s painful attempts to stay straight-and-narrow in the face of constant temptations, be they women with whom he casually comes into contact, or sexualized billboards that taunt his efforts to achieve normalcy. Despite these alluring attractions, however, Free Will avoids playing a societal blame game, opting not to point the finger at external forces but to scrupulously investigate personal motives. Glasner does so through an attentive yet oblique story that’s packed full of in-the-moment details but not, always, vital contextual information, so that Theo’s extended history of deviant behavior isn’t immediately revealed, and Nettie’s tumultuous past—and final-act motivations—are kept murky in order to maintain tension. If such a strategy seems dubious at times, it’s still one enlivened by the director’s navigation of Theo’s multifaceted psychological impetuses, as well as his depiction (via Nettie’s meeting with a woman raped by Theo) of twisted victim-victimizer dynamics.

Glasner’s film eventually substitutes Theo’s perspective for that of Nettie, a switch that seeks to further our empathy for Theo by creating a more detached view of his inability to control or alter his behavior. The unavoidable heinousness of Theo’s actions makes this a difficult task to execute, though Vogel’s and Timoteo’s equally acute, fierce performances mostly do the trick, bestowing their characters with an emotional complexity and passion that allows the focus to remain on piercing action-reaction relationships. All the while, Glasner’s direction is uncompromising, gritty and technically adept, especially with regard to his canny employment of the film’s signature composition, in which close-up faces are pushed to the side of the frame so that smaller background figures can be seen. It’s an arrangement that brings to mind that of a thought bubble, of a person’s deep, urgent contemplation of another, that piercingly conveys the present state of Theo and Nettie’s mutating, barbed bond. And thus it’s fitting that Free Will—a meditation on predestination but also, more pressingly, of two lonely, damaged souls’ arduous search for comfort and succor—closes with that same spatial construction, this time reconfigured so that its powerless protagonists are united, via love and death, in autonomous action.