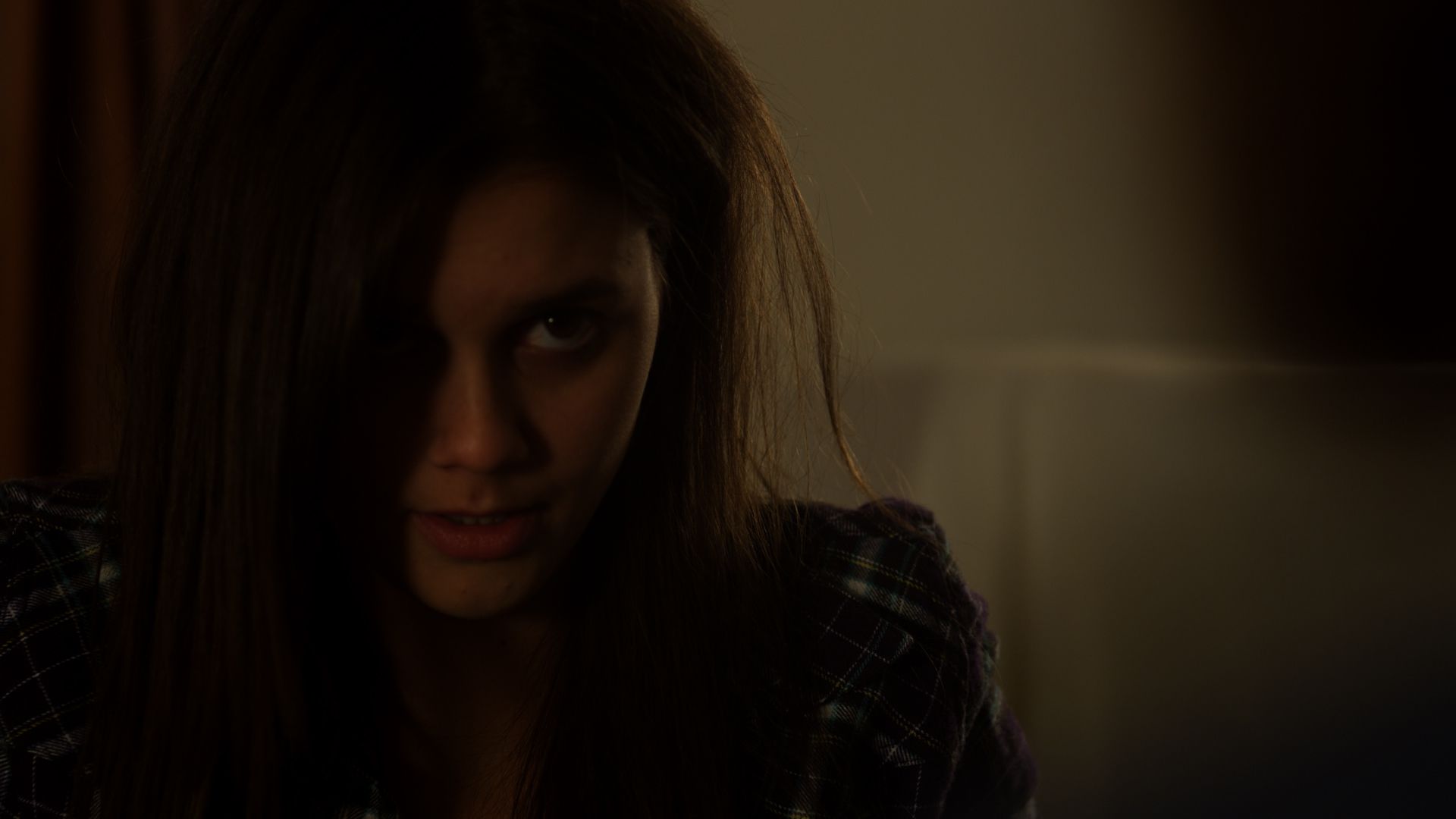 Working its tired conceit with maximum patience and minimal inventiveness, The Bleeding House presents a family collapsing under the weight of a deep, dark secret, and their efforts to suppress such strain when a polite Southerner in a Tom Wolfe suit arrives on their remote home’s doorstep in need of assistance. The image of a smoldering country house and the sight of young Gloria (Alexandra Chando)—who demands to be called Blackbird—sticking dead insects to her bedroom wall are early clues to the trauma that lies at the heart of the Smith family’s troubles, which have apparently left them alienated from their small-town community. With mom Marilyn (Betsy Aidem) unclear if she can stand her pariah life, and son Quentin (Charlie Hewson) ready to bolt town with his girlfriend, Lynne (Nina Lisandrello), the family’s circumstances are upended by the appearance of Nick (Patrick Breen), an eloquent and incessantly polite and understanding stranger who claims his car has broken down and asks to stay the night. If that isn’t an obviously suspicious setup for a horror film, then Nick’s surgeon’s bag is an underlined tipoff to the mayhem to come, though Gelatt proceeds according to plan because, he assumes, his story’s bigger twist remains tucked safely out of sight.

He’s wrong, unfortunately, and thus his methodical, visually bland depiction of Nick’s bloody toil proves enervating (all spurred by a sense of punish-the-wicked righteous duty that apparently stems from the murder of his family, and is epitomized by his oft-repeated mantra, “As order brings order”), incapable of affording suspense or surprise. Without those two crucial qualities, which fail to materialize even after the film has opened up about the specifics of the Smith household’s shame, there’s only Nick’s loquaciousness to keep the action spry. Breen’s twang-inflected performance radiates silky, courteous malevolence, and feels fresher when contrasted with his castmates’ uniformly wooden and unconvincing turns. Yet his dapper-gentleman routine mixes decorum with deviancy in ways so rote and pedestrian as to eventually border on the somnambulistic.

Meanwhile, Gelatt’s final, drawn-out showdown between Gloria and Nick ostensibly wants to speak to the moral distinctions between murder driven by ideological purpose versus carnage motivated only by sadistic pleasure, but The Bleeding House has nothing of interest to say on that subject or any other, except that when it comes to successful serial killing, it’s generally prudent to shut your yap and get to work.