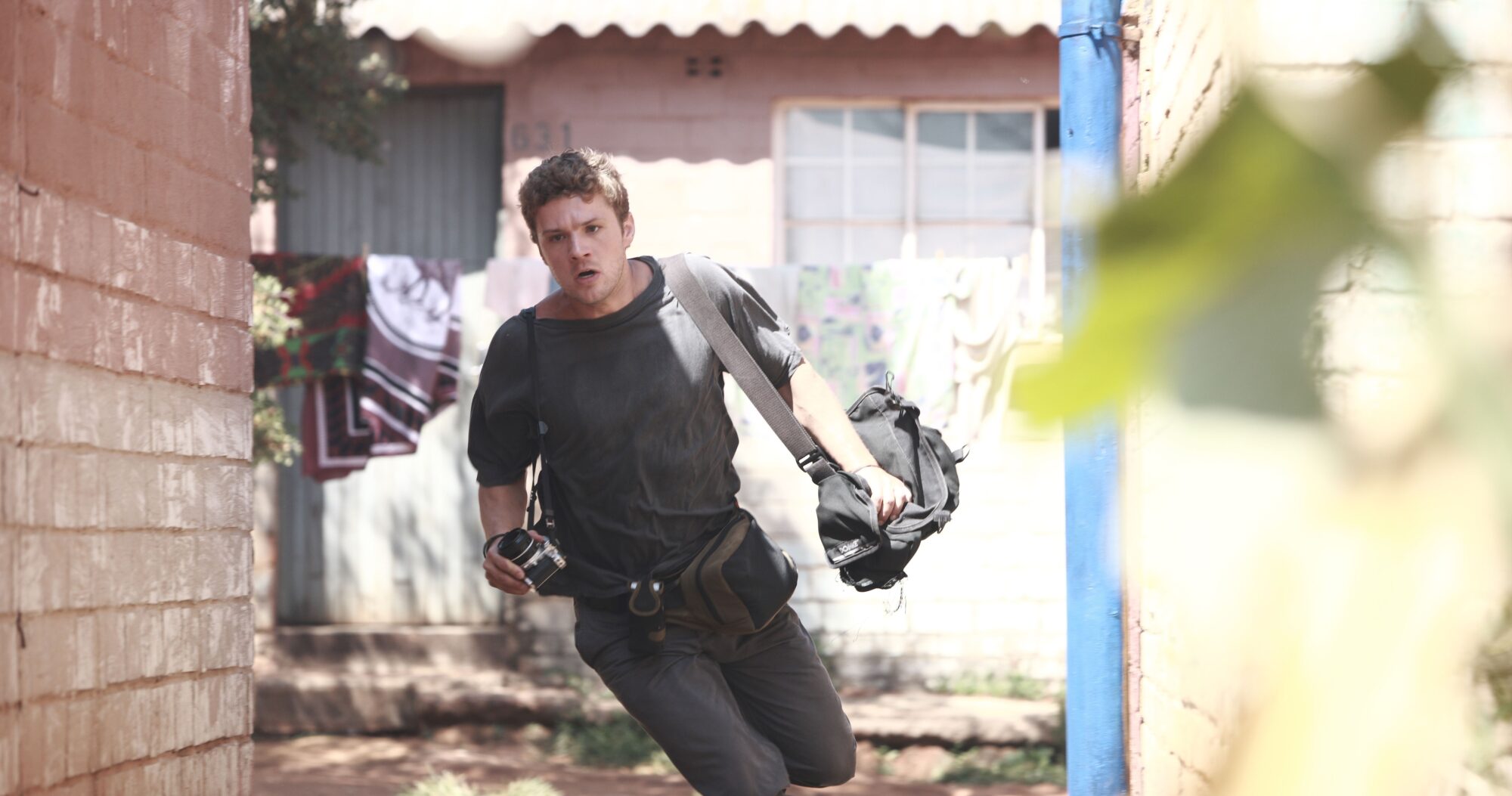 Less interested in questions of photojournalistic ethics than the emotional and psychological suffering of—and life lessons learned by—its four white South Africans in apartheid-torn 1994, The Bang Bang Club recounts the real-life story of Greg Marinovich (Ryan Phillippe), Kevin Carter (Taylor Kitsch), Joao Silva (Neels Van Jaarsveld), and Ken Oosterbroek (Frank Rautenbach), renegade journalists given the titular moniker for their up-close-and-personal snapshots of war crimes. Based on Marinovich and Silva’s book, Steven Silver’s script mires itself in the chaotic run-up to South Africa’s historic equality-ratifying elections. Yet despite an admirable refusal to soft-peddle depictions of the machete-mayhem engulfing the country, the film’s focus isn’t racial strife, but rather the effects of said chaos on its light-skinned protagonists, a tight-knit crew of daredevils who treat their profession like a sport before coming to realize—the hard way, naturally—that remaining detached from the nightmarish images they sell to international newspapers is impossible.

Theirs is a standard-issue saga of initial adrenalized thrills followed by the dawning understanding that their chosen life isn’t all fun and games, revelations that come to the foursome first via the lack of lasting satisfaction derived from their accolades (Greg and Kevin win Pulitzers for their work), and ultimately from close-to-home losses that distress them far more powerfully than the true horrors that surround them.The Bang Bang Club is about witnesses being changed by events they can’t control, a perspective that, along with scant specifics about hostilities between Mandela’s ANC and the Zulu’s Inkatha Freedom Party, negates intimate insights into South Africa’s political turmoil.

More problematic, though, is a failure to convey the influential reach of the photographers’ work, as well as a disinterest in engaging with the charges of exploitation and complicity leveled at them. Whether the characters are guilty of profiting from calamities they care little about—an accusation hurled toward Kevin, whose Pulitzer-winning shot is of a vulture stalking a young Sudanese girl he failed to help—is a topic raised and quickly dropped, with Silver avoiding serious examination of journalists’ responsibility to interfere with events they cover.

Instead, his film romanticizes these devil-may-care studs, who in their downtime frolic at bars and ponds with beautiful girlfriends, including Greg’s editor and flame Robin (Malin Ackerman), and then eventually segues into Kevin’s surrender to, and Greg’s escape from, the alienating trauma of their experiences. It’s a narrative arc that fixates on what feels like small-potatoes suffering when juxtaposed with the inconsolable heartbreak of a South African man’s tale of familial slaughter, which—despite being narrated in a haunting single-take close-up—is reduced to merely another black tragedy important only insofar as it reflects its white protagonists’ states of minds.