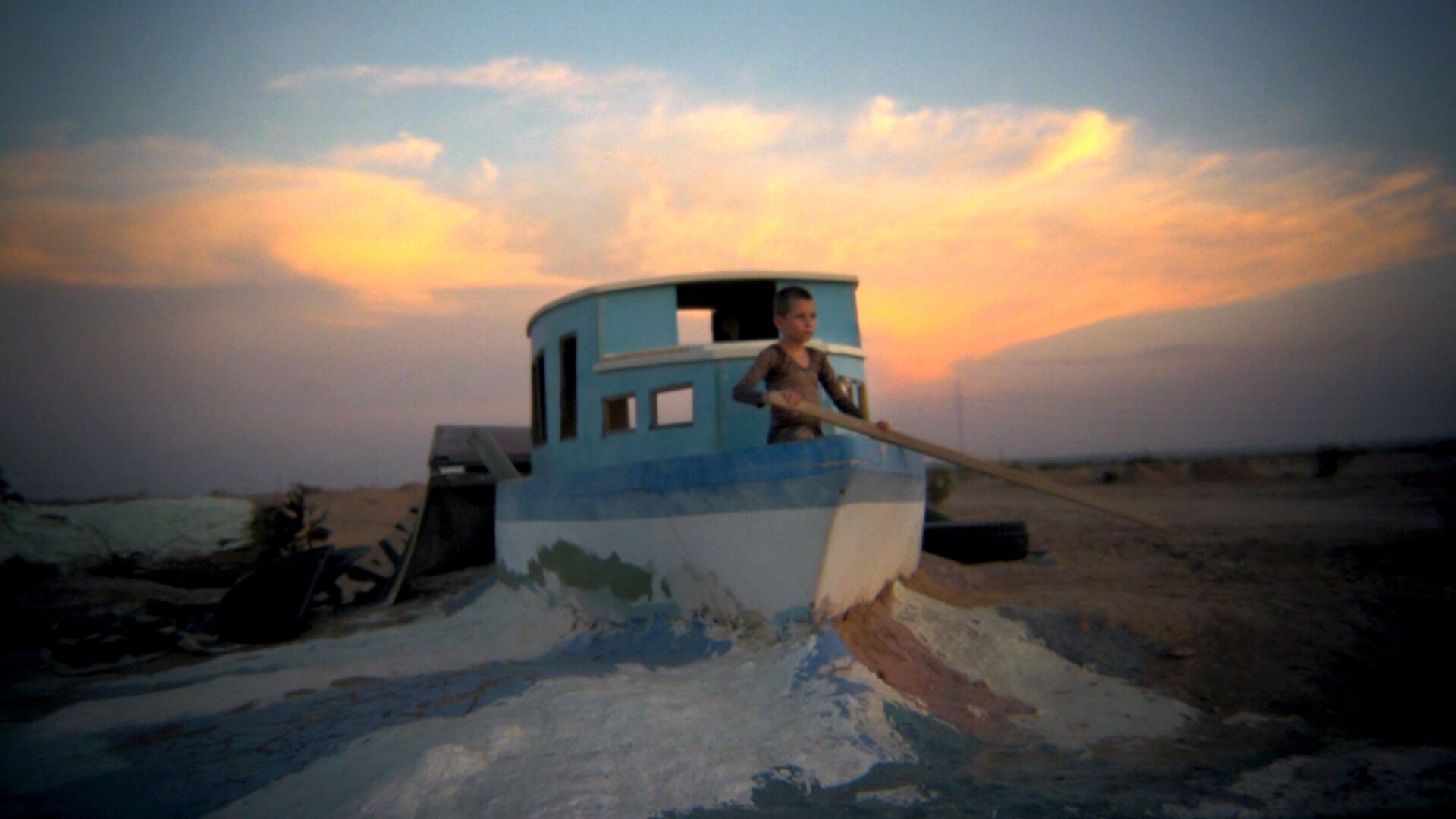 For the inquisitive documentarian, there are no shortages of hidden pockets of despair littering the forgotten corners of the United States: ghost towns, trailer parks, faded remnants of former booms. All of these ingredients can be found in the area around the Salton Sea, the once-hyped “Palm Springs-by-the-Sea,” located in the middle of the desert in rural Southeastern California. Opening with a brief 1950s newsreel hyping the heavily salinated body of water as a prime tourist destination, Alma Har’el’s doc Bombay Beach proceeds with a jarring cut to a series of withered present-day landscapes: abandoned houses, dead fish, harsh sand-covered expanses.

Taking place in and around the eponymous community (population 366 as of 2000), a locale so isolated that when one of its residents has a stroke, he has to be airlifted some 40 miles to the nearest hospital, Har’el’s film follows three sets of subjects as they go about their daily lives. While Red, an elderly resident of Slab City, a trailer-park-cum-outsider-art-junkyard, ekes out an existence bootlegging cigarettes, CeeJay Thompson, a refugee from South Central, tries to keep up his grades so he can get a football scholarship. In the meantime, the Parrishes, once sentenced to jail for maintaining a massive stockade of arms and ammo, raise their emotionally and mentally troubled preteen son, Benny, who no amount of medication seems to make “functional.”

Har’el succeeds in capturing the quotidian moments of her subject’s difficult existences, embedding her camera with the characters in order to pick out precise, intimate details often filtered through the chiaroscuro scrim of available light. Relying on both verité-style caught-in-the-act sequences and obvious recreations, the film follows CeeJay and a friend driving a golf cart (a common means of transportation in Bombay Beach) to a local shithole bar for lunch, captures the Parrishes playing a UFC video game in their living room while taking swigs of booze, and turns its attention to Red’s irrepressible optimism, expressed in both his voiceover commentary and his enthusiastic flirtations with the female residents of Slab City.

But are these daily moments enough to craft a compelling portrait of a not-quite-community? Har’el doesn’t seem to think so, even as she tries to draw telling parallels between the three stories, juxtaposing two scenes of physical collapse and three of real and imagined triumphs. No, the filmmaker is after bigger fish than the dead ones that litter the beaches of Bombay Beach. She wants to create a living, breathing art project, which means that the experiences of the town’s residents are ultimately deemed secondary to her directorial vision.

This vision consists largely of crafting a series of heavily stylized, exactly choreographed sequences that supposedly build out of the lives of the characters, but seem largely foreign to their experience. So, CeeJay and his girlfriend perform a dance number with white masks set to original music by the pop band Beirut, a musical choice that seems to reflect the director’s taste far more than her subjects. While we know that CeeJay enjoys dancing and that he himself contributed the idea of the white masks (a likely commentary on the difficulties of being black amid a mostly Caucasian, and casually racist, population), seeing him cradling his lady amid a semi-circle of these disguises feels like a lame authorial conceit that has little to do with the subjects themselves.

Likewise, in a scene set to the strains of Bob Dylan (a musician who Red might conceivably listen to), Har’el films the old man performing an odd ritual in which he pours a drop of water on a table, uses the wetness to open up a cigarette, spills the tobacco on the table and then places another cigarette upright in the pile. For a man who makes his living selling cigarettes, wasting one in this manner seems a particularly unlikely act. Rather than bringing out the symbolic inner lives of the characters, these sequences seem like the intrusion of an aggressive authorial personality on a film whose subject—as well as the fact of Har’el’s outsider status—demands that the filmmaker simply sit back and observe.