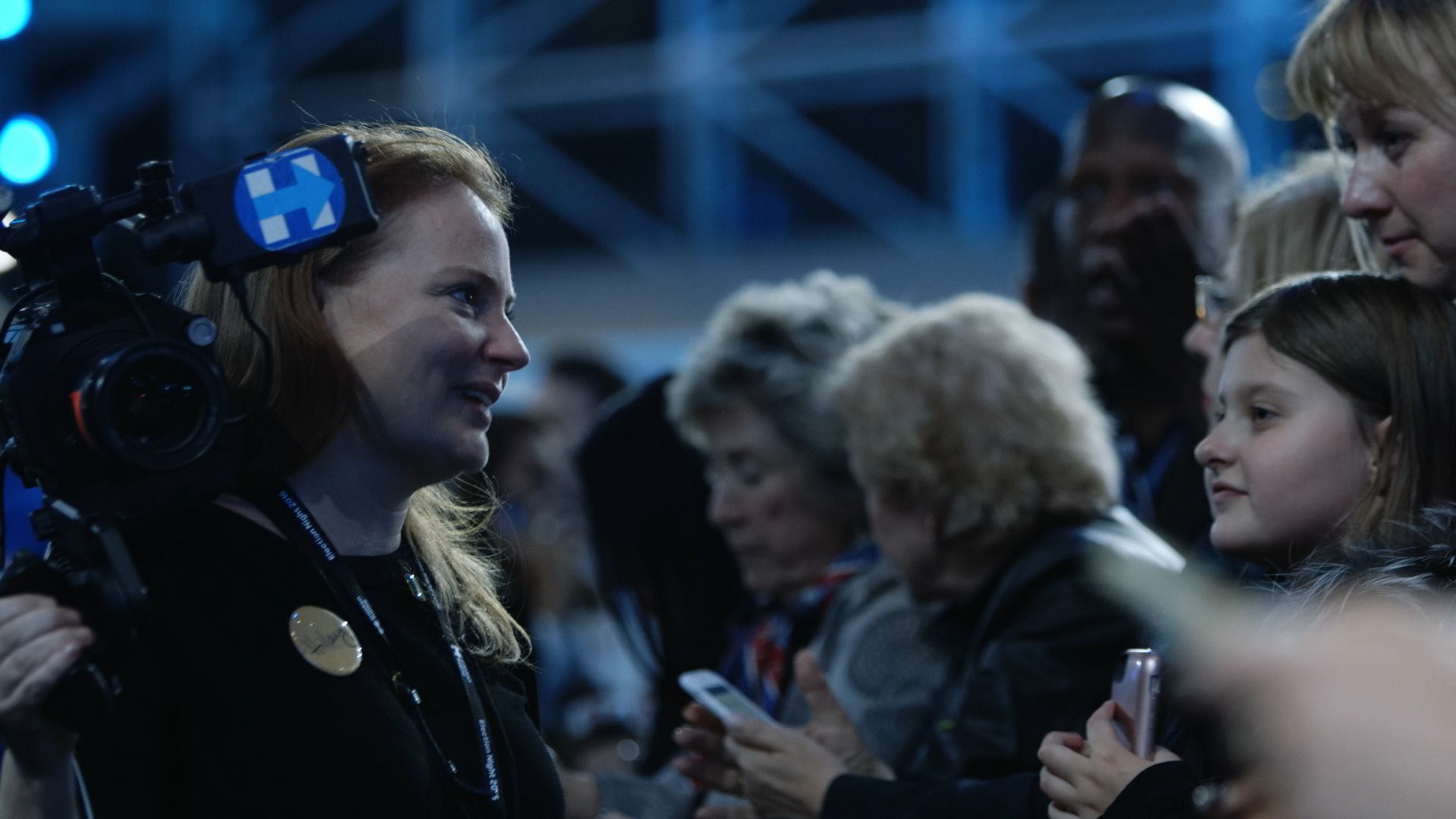 Nearly a year into the all-consuming chaos, paranoia, and sheer incompetence of Donald Trump’s presidency, it can be difficult to recall the much simpler time when the prospect of an actual Trump presidency seemed like a distant possibility. Even as recently as Election Day 2016, the idea that American democracy could elevate such a fundamentally clownish and hateful figure to the highest office in the land had seemed to many people like a grim joke. Following 16 average Americans over the course of this one fateful day, 11/8/16 gives credence to that joke, offering a multifaceted portrait of a country deeply divided along boundaries of race, gender, class, religion, and geography, and where almost anything seems possible.

Largely eschewing post-mortem analysis and sweeping paeans to the glory of democracy, the film attempts to capture the sheer diversity of political experience in our nation. While it would be impossible to fully explore America’s seemingly infinite political dimensions in under two hours—Jill Stein and Gary Johnson don’t even rate a mention, for example—producer Jeff Deutchman and his small army of directors cruise through an impressive array of different political perspectives. The film ping-pongs around our vast nation, from Queens, where Sikh cabbie Amrit will be voting for Hillary Clinton, to Massachusetts, where the MAGA hat-wearing Tom happily shares his seemingly boundless affection for Trump, to Honolulu, where houseless ex-convict Vernon isn’t even sure who the presidential candidates are.

11/8/16 achieves some genuine moments of insight when it simply hangs back and observes its subjects in conversation: When a white artist, Joe, who’s confident of a Clinton victory sits down with a black man who’s proud of his decision to abstain from voting, the discussion between them exposes the limitations of self-satisfied liberal thinking. And other subjects serve as fascinating case studies, like Vetress, a black real estate agent turned politician whose deep ambivalence about the Clintons is borne of her firsthand experience with grubby backroom deal-making.

Too often, though, the documentary’s highly calibrated curation reduces its subjects to mere demographic representations. With so many people to cover and such a narrow lens (i.e., presidential politics) through which to view them, 11/8/16 ends up treating each individual as the embodiment of one of those infamous shorthand poli-sci appellations: Instead of “soccer moms” and “NASCAR dads,” we have “McMullin mom” and “coal miner dad.” If the film aptly captures the breadth of the American political forest, it frequently misses the singular details of the individual trees. By attempting to summarize the anger and polarization of contemporary politics with a tone of conciliation, 11/8/16 ultimately leaves one with a frustratingly jejune takeaway worthy of Bart Simpson: America is a land of contrasts.