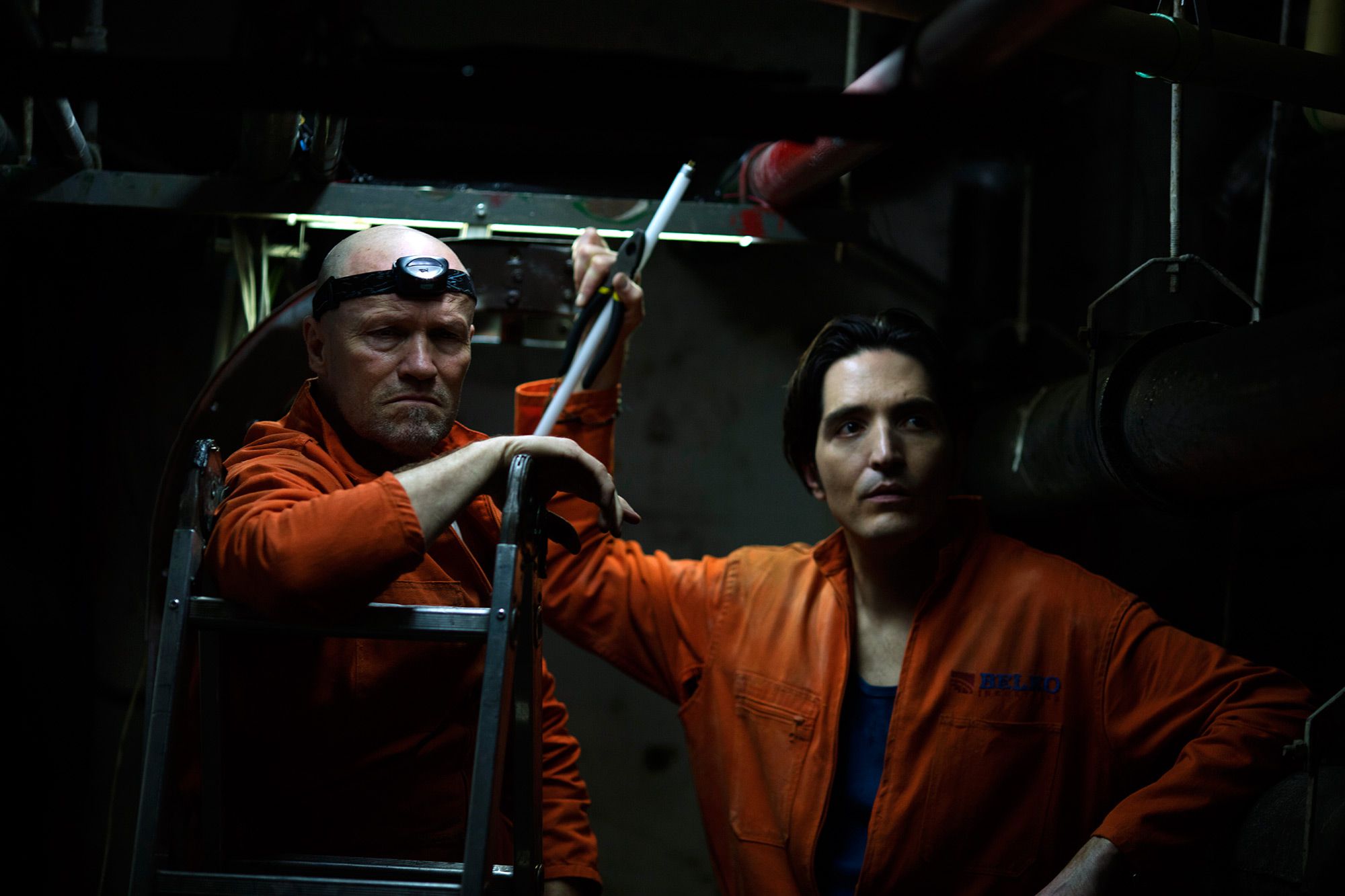 Greg McLean’s The Belko Experiment is an entry in an under-nourished, greatly relevant subgenre of horror: the white-collar splatter film, which critiques the moral relativity that’s inoculated within a corporate culture’s pretense of benevolence. The corporations that are taking over our world might provide relaxation zones and faux-boutique coffee to their employees, but there’s a sinister subtext to these offerings: Do what we say with a smile, as someone who ruptures our environment of chirpy platitudes might not be a team player. Underneath these banal atmospheres is a purposefully distancing, dehumanizing social mechanism that encourages one to meet their quotas without giving thought to the significance of their tasks.

Office Space ruthlessly parodied this ideological laundering, revealing itself to be a horror film in comedy’s clothing. The Belko Experiment attempts a similar cross-pollination of genres, suggesting Mike Judge’s film and the U.S. version of The Office, only with the horror element foregrounded. John C. McGinley tellingly appears as Wendell, a clueless corporate automaton who’s a more openly venal cousin of the character he played in Office Space. Mike (John Gallagher Jr.) and Leandra (Adria Arjona) are roughly equivalent to The Office’s Jim and Pam, as Mike wins Leandra over with his mischievous amiability, offering a theoretically appealing respite from the robotic natures of the surrounding goofballs and yes-men. Barry (Tony Goldwyn) is the boss, an obviously mercenary snake who dresses his selfishness up in doublespeak about “the good of the team,” while a variety of supporting characters serve to furnish the various stereotypes that are often required of this sort of narrative (wacky gay guy, stoner, quietly desperate old maid, and so on).

These characters work for Belko, an ominously secure American satellite office in Colombia that’s said to vaguely serve a nonprofit purpose, which is one of the wittiest touches in James Gunn’s screenplay. Ominous gestures tease the audience to anticipate when The Belko Experiment will decisively shift from an office comedy into a bloodbath that actualizes the latent hostility pervading the setting. Certain workers are sent home for mysterious reasons, and armed security guards frisk employees with a heightened element of suspicion and portentousness. Then, sheets of impenetrable metal descend over the Belko building, transforming it into a giant cage. A voice on an intercom informs the employees that they’re to murder 30 of their co-workers in the next two hours, or 60 will be killed by detonating a sensor that was implanted in everyone’s head upon their hiring—a device borrowed from John Carpenter’s Escape from New York that’s also resonant in this context.

There’s a potentially great satiric joke inherent in this premise: the notion that corporate conditioning, ideal at coercing people into performing tasks that have nominal actual relevance to their lives, would grant one the necessarily detached pretense for murder. As genocide and projects like the Stanford Prison Experiment teach us, a rational human being can commit any atrocity in the name of authority. The disappointment of The Belko Experiment, then, is that it shifts so abruptly into horror-film terrain that it fails to examine the way this office has brainwashed these characters. The film doesn’t adequately establish this murder spree as a kind of enhanced team-building activity.

Gunn particularly misses a ripe target: our culture’s obsession with euphemism, which renders torture “enhanced interrogation” and lies “alternative facts,” or, in the corporate world, turns temps into “contract workers” and unpaid overtime into discussions of “bandwidth.” Gunn and McLean fence the sparse corporate jokes off from the violence, creating a flat good/evil dichotomy that flatters the audience, often suggesting that only management and the already-awful guys could bring themselves to kill.

The violence is startlingly staged, however, distinguishing The Belko Experiment from smug meta horror films such as Drew Goddard’s similarly themed The Cabin in the Woods. McLean has a talent for elucidating how a sense of place affects psyche, and he bathes The Belko Experiment in gray sheens that attest to the dispiriting blah-ness of corporate office culture. This neutral palette exacerbates the perversity of the bloodletting, which the filmmaker often stages dead-center in the frame, effectively rubbing the audience’s nose in carnage that erupts with disconcerting suddenness.

But these jolts serve a cold, impersonal purpose, as the characters in The Belko Experiment are stock types without enough satirical texture to fulfill their function in the narrative; in other words, we don’t care whether they live or die. (The climax, a brutal fight bluntly linking PowerPoint presentations to homicide, is too little comic impudence offered too late in the game.) One misses the ironic beauty of Wolf Creek, which suggested that its murders were unmooring violations of illusory sanctity, implying that McLean was a major filmmaker. Since then, McLean has become too comfortable with erecting cinematic shooting galleries that emphasize sound over fury.