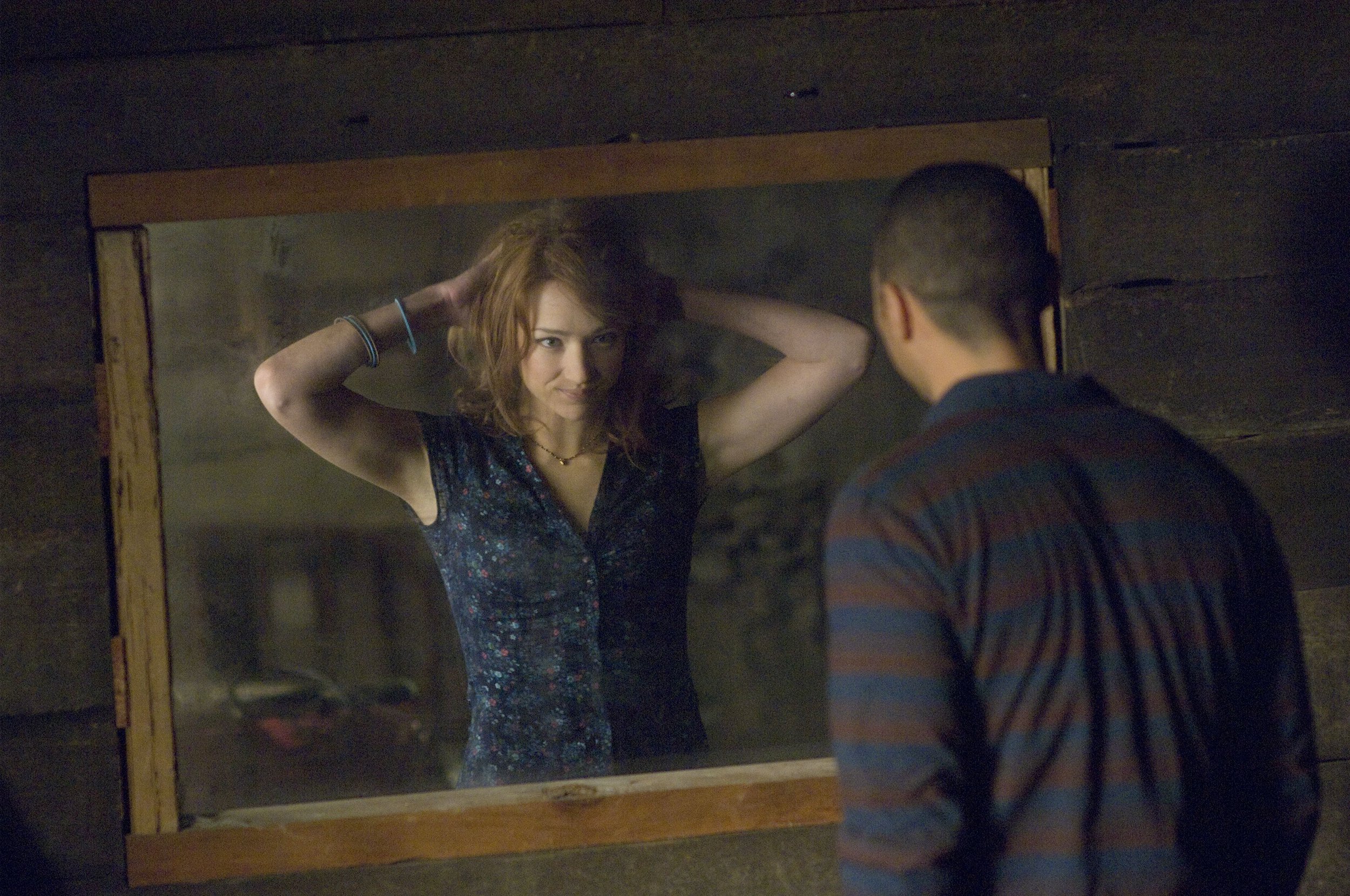 Too cute, too hip, a tad “inside baseball,” and self-conscious to a fault, Joss Whedon has all the earmarks of the annoyingly successful American wunderkind (if, at 47, not so much with the “-kind”). And yet, somehow, over his 20-year career, which has included several high-ranking titles in the geek canon (Buffy the Vampire Slayer, Angel, Firefly), he’s always managed to make even the most jaded viewer feel included, even appreciated. That’s one sign of a true showman, and, in case you forgot, Whedon is also a product of Pixar’s genius farm, having co-written Toy Story. Unsurprisingly, his too-clever-by-half mitts are all over The Cabin in the Woods, even if the director of record is Cloverfield scribe (and descendant of House Abrams) Drew Goddard. Under Whedon’s steady hand as producer and co-writer, the film’s concept, taking a “wouldn’t it be cool if…” scenario and following it to its slightly batshit conclusion, all but directs itself. (Spoilers herein.)

With a scenario that sounds like an exponentially more ambitious take on Tucker & Dale vs. Evil, Goddard and Whedon’s creation has similar designs on turning the deep-woods horror genre on its ear. At its base is the idea that the typical horror film, with the boilerplate horny teens (isolated from civilization, making implausible critical errors), isn’t just nonfiction, it’s also the product of a nefarious, quasi-government conspiracy. Teens are sacrificed according to genre tropes (of their choosing!), to satiate the bloodlust of a massive, Satan-ish creature dwelling in the Earth’s bowels. The end result, if everything goes according to plan (and there are similar offices around the globe, each operating according to their own horror tropes), is that the apocalypse will be rolled back for another year.

As this scenario is constructed, the government agency and the blissfully ignorant teens are introduced side by side, each faction warmed by the embers of Whedon’s everyone’s-cool spirit. Fans already know he has a knack for inclusion, regardless of whether his characters are nerdy teens/young adults, Dr. Doofenshmirtz-like villain super-geniuses, or space cowboys with blurry ethics. The self-consciously stereotypical teens in The Cabin in the Woods are suitably dumb (save for the stereotypical pothead savant, played by Dollhouse’s Fran Kranz), but they speak genetically enhanced dialogue, like the frat kids in Whit Stillman’s Damsels in Distress. Meanwhile, the underground operation, headed up by Bradley Whitford and Richard Jenkins (with The Shield’s square-cornered Brian White and goddess/Whedon fixture Amy Acker in support), plays like a much deserved rethink and rewrite of Buffy the Vampire Slayer’s fourth season, replacing the show’s decidedly more aimless covert paramilitary installation with dedicated, seriocomic guardians against the End Times.

For the film’s conceptual program to pass muster, the audience must resist any inclination to question the filmmakers’ assumptions, starting with the supposedly innate relatability of horror scenarios, which has been blown out of proportion in the wake of Wes Craven’s Nightmare on Elm Street and Scream franchises. Luckily, this suspension of critical thinking is made easy, thanks to the way the film’s lengthy setup is merely a preface for an enormous, crowd-pleasing, apocalyptic set piece that pushes every geek button in the manual. The viewer is meant to hold his questions here, as well—namely, why does the outer security booth have a large red button that unleashes the facility’s captives? But the spectacle, which is nothing short of wall-to-wall, blood-drenched mayhem (another of Whedon’s trademarks), is distraction enough.

Although it’s quite obviously leagues apart in terms of the animation studio’s target demographic and wholesome values, The Cabin in the Woods, regardless of its many genealogical links to prior Whedon creations, is an ideal Hollywood film in the Age of Pixar: spectacle for spectacle’s sake, but infiltrated by intelligent commentary and an atmosphere of generosity and inclusion. One might second-guess some of the choices Whedon and Goddard make: Wouldn’t it be more appropriate for a Cthulhu to emerge from the ground, instead of a generic giant hand? Couldn’t the Comic Reveal of the digital grid have been saved for Chris Hemsworth’s foolish, Fonzi-esque canyon-jump? Still, as larks go, it’s solid carpentry, lined with goodies for the nerd in all of us.