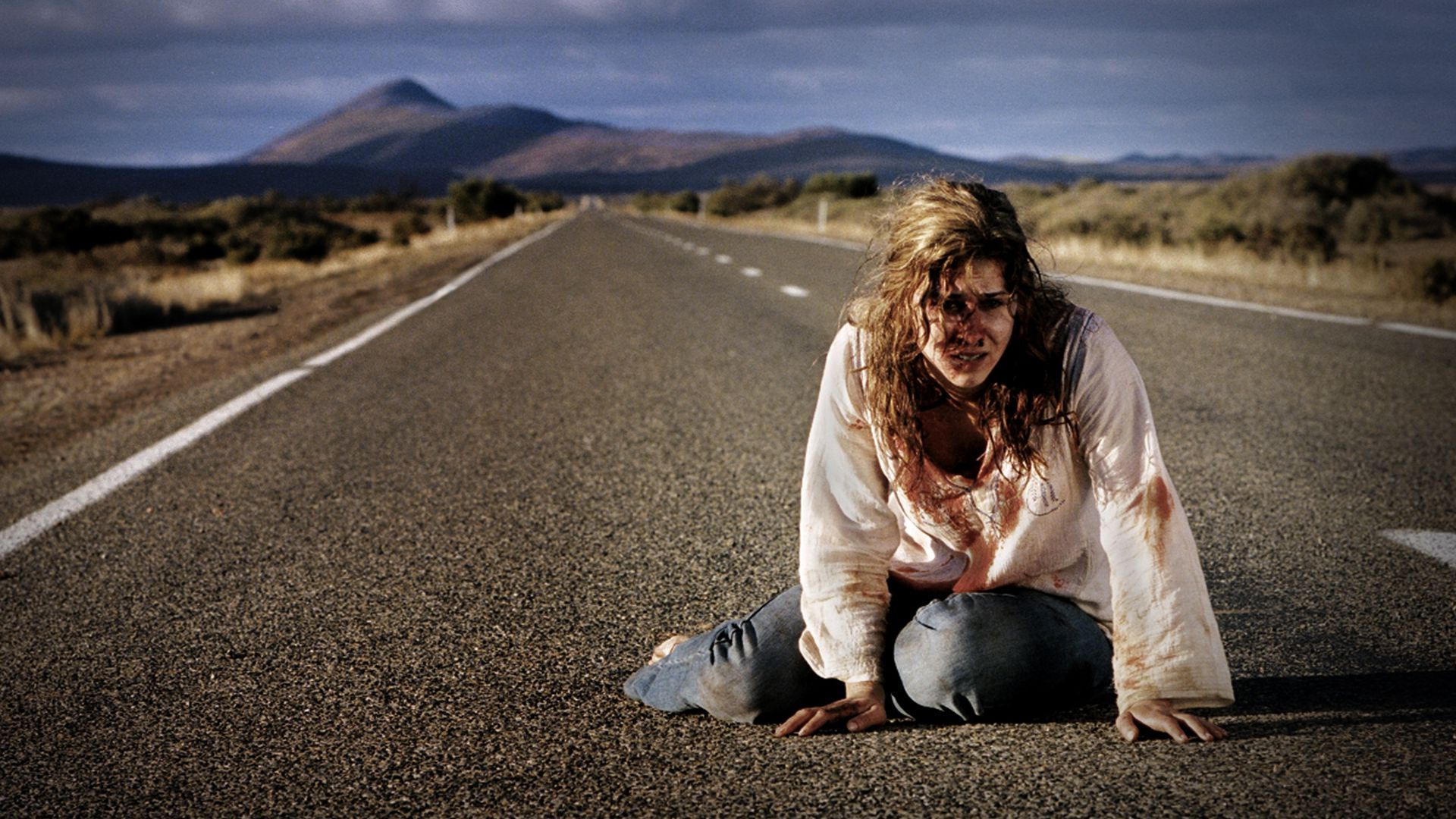 In this era of horror films soullessly carted out of Hollywood, Wolf Creek immediately stands apart from the pack, beginning with the stunning image of sunset-tinted waves crashing onto the sands of an Australian beachfront. For a split second, this expressionistic shot resembles a volcano blowing its top, and the realization that it’s something entirely more mundane exemplifies the unsettling tenor of the film’s casual shocks. Like two of the best horror films of the ‘80s, Robert Harmon’s The Hitcher and Kathryn Bigelow’s Near Dark, Wolf Creek is propelled by a lyrical sense of doom, and the ease with which first-time director Greg McLean creates a compelling sense of place—not to mention characters worth rooting for—is truly something to behold.

After a lively farewell party, three friends set out to hike the Wolf Creek crater in Western Australia. It’s there that the strange beauty of the desolate locale perpetuates stories of alien encounters and helps to uproot a suppressed romance. Kristy (Kestie Morassi) casually informs Ben (Nathan Phillips) that Lizzie (Cassandra Magrath) returns his secret crush; soon the surfer dude is taking the brunette beauty aside in order to pull her in for a kiss—no tongue action or popping breasts, just a simple kiss. When Lizzie pulls back and puts the back of her hand to her mouth in a show of genuine rapture and bashfulness, you realize these could be real people reacting to the stirrings of bourgeoning love. When an alien does arrive, they react sensibly (for sure, these aren’t the teens made fun of in Wes Craven’s Scream films), which makes what happens to them all the more disturbing.

McLean methodically evokes a self-contained universe expressive of a profound sense of mystery and isolation. At once mundane and frightening, the moon, the sun, and the crippling heat appear as minions of Wolf Creek’s impact crater, which is meant to bring to mind visions of mass destruction and animal extinction. To this landscape of nature in sinister, determinist motion, McLean adds the holographic shapes of light dancing in the night, profoundly conveying a sense that something is out of whack, or, more simply, that his characters are in the wrong place at the wrong time. Rescued by a local (John Jarratt) after their car mysteriously stops running, the film’s three young leads play nice with their eccentric but seemingly friendly savior, understanding, perhaps unconsciously, that his arrival jives too perfectly with the ominous mood of Wolf Creek and that he may be here to finish off the job the meteor could not when it first crashed in the region long ago.

Ben, Lizzie, and Kristie do everything right, at least under their especially tenuous circumstances. Bombarded with pleases and thank yous and money for his services, Mick (Jarratt) still drugs, kidnaps, and tortures the trio, and, in effect, McLean affirms that there is no shaking the amoral values of a serial killer who plays by his own rules. But if Wolf Creek’s blistering, sunburnt images are any indication, the film’s locale seems to represent an otherworldly place untouched by accepted societal mores; it’s as if Mick believes he’s the only person in this world and as such is entitled to govern it as he sees fit. Unaffected by Hollywoodized visions of serial killers, Mick doesn’t take to creating elaborate photo montages or flesh composites of his victims. He simply keeps their memento moris in boxes and their pictures on his wall. This is a no-frills boogeyman, and like Lizzie waking up to discover that she was hog-tied and thrown in a shed sometime during the night, Wolf Creek’s horrors are presented with a chilling, offhanded nonchalance.

Given the slow-crawling pace of its first half and absurdist hell of its second, this grue-marinated film invites comparisons to The Texas Chainsaw Massacre. The opening and closing title cards are major downers (McLean trots out the “based on a true story” public service announcement as if to bestow the film with the urgency it already has in spades), but Wolf Creek is a beautiful piece of horror that doesn’t come with the noxious social and sexual baggage that typically dooms its ilk—like the technically proficient High Tension and Marcus Nispel’s version of Texas Chainsaw Massacre. The film’s context is existential. Characters charge into the desert, so blinded by the heat and dirt that they come to resemble moving Rorschach ink blots. Like the film’s opening shot, these images are expressionistic in nature; they express a gripping vision of characters struggling and resisting to be made out by a terror at once terrestrial and alien.