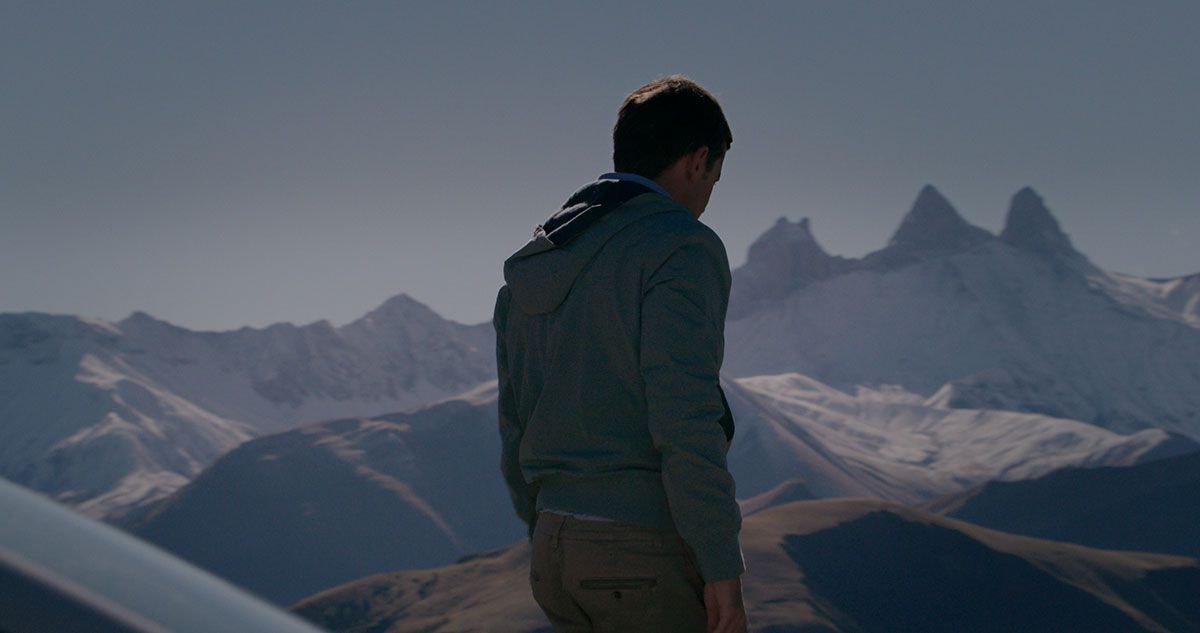 Finally a film about a classical music-listening, Rimbaud-reading, sweater-wearing gay man addicted to Grindr, though to be fair, writer-director Jérôme Reybaud’s 4 Days in France is about much more than just the digital sexual compulsions that afflict so many gays. This is a kind of ode to cruising writ large, to the intransitivity of cruising: looking for no object at all, but for its own sake. And there’s something endearing, if not uncanny, about the way the film evokes universal truths about erotic wandering through the extremely specific figure of the French gay man, and Parisian white and preppy gayness in particular. Queer mobility is here a luxury and a curse, enabled by an alfa Romeo, Parisian couture, and lots of free time, but beleaguered by isolation.

At the center of the film is Pierre (Pascal Cervo), who quits Paris on a whim, driving deep into rural France, with the aforementioned hook-up app as his compass, meeting random characters along the way—for some kind of erotically charged interaction. The Grindr notification sound, that most gay-outing of phone alerts, quickly becomes the film’s most reliable and revealing motif, punctuating the narrative’s labyrinthine circularity and reminding us of how much safety there is in even the riskiest of behaviors—if only they’re clothed in the familiarity of (sonic) repetition, like a mantra.

Much as in Alain Guiraudie’s The King of Escape, the drive to cruise turns out to be not a gay exclusivity, but precisely what renders gays similar, or at least related, to everyone else. While Pierre is particularly invested in looking for sex, perhaps more so than in having sex per se, every character seems to be in a constant, albeit latent, state of horniness. This being France, however, digitality is just one hyper-practical mode of turning every man and woman’s desires into practices. Every real-world dialogic interaction can quickly become a kind of foreplay, and listening to someone recite Corneille can be as orgasmic as a blowjob. Pierre, then, isn’t limited to the digital bodies of Internet gays, spending a lot of time in public washrooms and parking lots, where sexual encounters emerge without a sense of dread or fear of the law.

Beyond mere subject matter, 4 Days in France is linked to Guiraudie’s work in the way Reybaud structures it with an assertively deadpan irony. The way both filmmakers manage to efface even the smallest bit of authorial hesitancy exposes what we could only call mastery. Even when, or precisely when, Reybaud refuses to provide a clear sense of purpose, this lack of intelligibility is in perfect synchrony with the film’s very own subject matter. In this manner, scenes don’t always need to push the story forward, but rather aim to marinate the characters in the complexity of their own reality.

There’s something liberating about such a steady creative hand that rejects justifying the twists and turns of a storyline, which becomes in 4 Days in France something akin to cruising itself. Pierre’s driving around, bearing a complete openness to strangeness and to the strangers he comes across, amount to an acclamation of not just this brand of fearlessness that gays tend to develop if they’re to survive at all, but of French joie de vivre. That is, a commitment to the present, to pleasure beyond productivity.

In one of the film’s most memorable moments, Pierre pulls over to the side of the road to call his aunt, Judith (Liliane Montevecchi), a theater actress. She delivers a beautiful soliloquy about letting fate guide him and for him to pay attention to the small things around him, from asphalt to grass, for he will never see those very same things again. The pep talk is immediate; though he doesn’t tell her where he is or what he’s been doing, she still understands the phone call as some kind of a plea. Then he’s back on the road, perhaps not freed from the loneliness inherent to endless looking, but not guilty either.