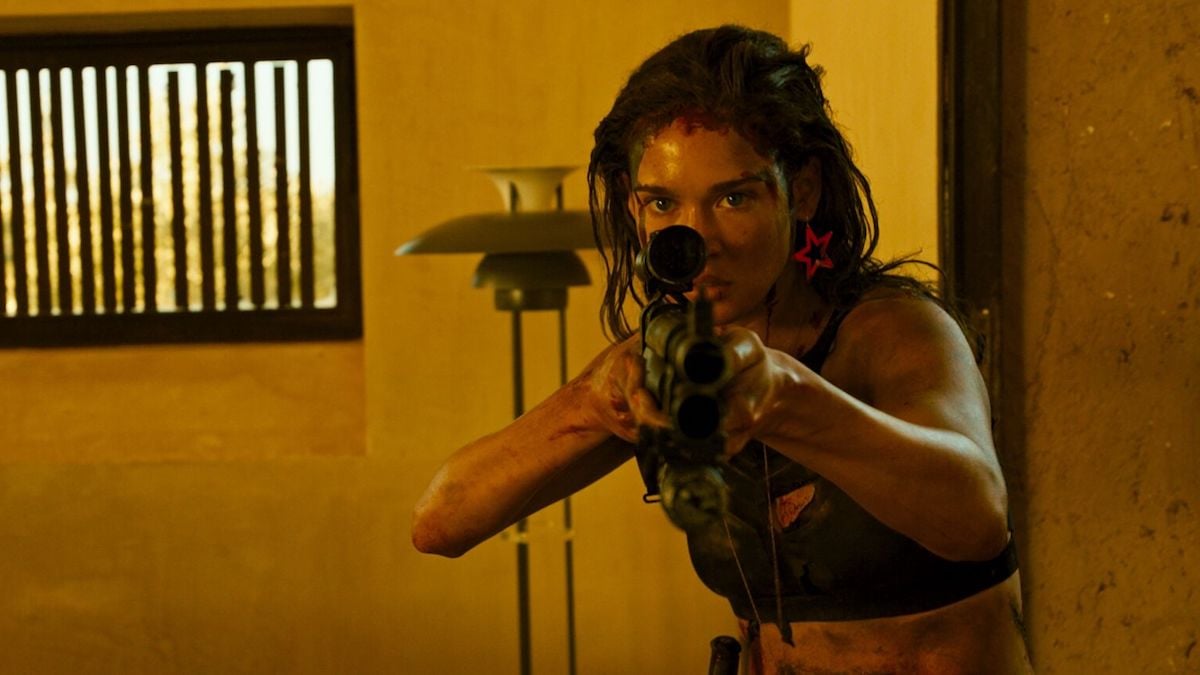 John Krasinski’s A Quiet Place and David Gordon Green’s “recalibration” of Halloween, two low-budget features that became monster hits at the box office, may have captured the most headlines, but the most notable horror films of 2018 predominantly came from outside the studio pipeline. If horror junkies were looking only to theaters for their next fix, then they likely missed both Cam and Before I Wake, two gems currently streaming on Netflix. And take the increasing popularity of Shudder, which acquired the exclusive U.S. streaming rights for Mandy and Revenge after their brief theatrical runs, as just one sign that horror films remain as popular, if not more so, than ever.

One reason for that may be that the genre increasingly offers us a respite from the realities of human degradation that have become a staple of the daily news cycle. If a refuge from reality is the desire of the horror aficionado, then it’s ironic that the majority of the best horror films of 2018 subject us to situations where the human body is under a constant threat of violence. Maybe instead of protection from pain, audiences are seeking out horror films as a form of reckoning with societal demons. Clayton Dillard 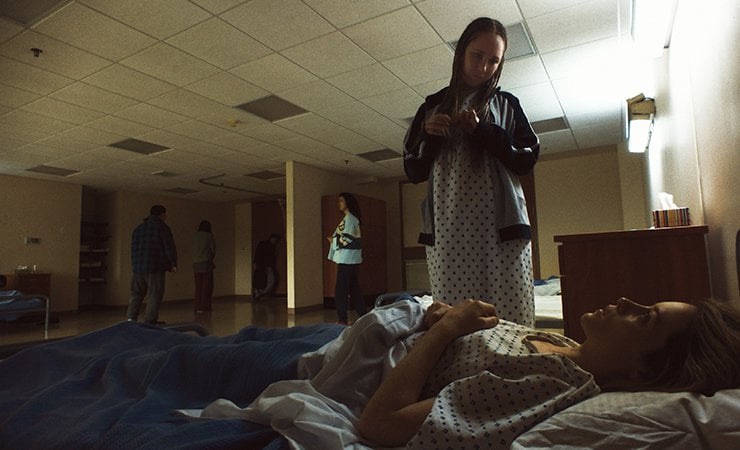 In 1959, Georges Franju’s masterpiece Head Against the Wall used a man’s confinement at a sanitarium as an analogy for the listlessness of French youth—a generation old enough to remember the degradations and traumas of World War II but now confronted with the promise of a passive, consumer-driven middle-class existence. Steven Soderbergh’s down and dirty Unsane functions in a similar way, using the experience of institutionalization to probe the mores around mental health in a privatization-mad America. Few if any Hollywood-adjacent filmmakers have put as much brain power into making the digital revolution work for them as Soderbergh has, and even Unsane’s most ridiculous moments coast on the sheer energy of aesthetic gamesmanship. Shooting on an iPhone 7, the filmmaker continues finding economical solutions in a pinch. Soderbergh remains a major artist at the peak of his powers, fascinated by the textures of the contemporary world—the actual one, not the one we usually pay to see at the movies. Even if he’s just flexing a new mode of production, the result is still 98 minutes of shredding, analeptic cinema. Steve Macfarlane 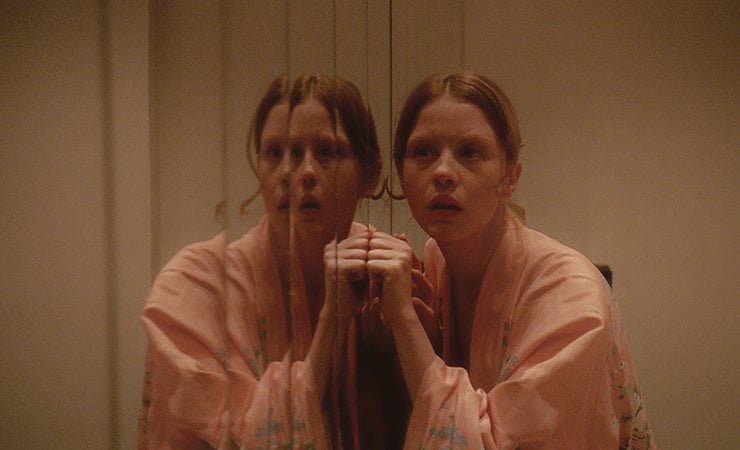 Luca Guadagnino knew that a successful remake of Dario Argento’s Suspiria would need, at the very least, to take the material in a completely different direction. And he winkingly acknowledges that belief in an early scene from his remake when Dr. Josef Klemperer (Tilda Swinton, err, Lutz Ebersdorf) underlines the word “simulacrum” in a notebook. The new Suspiria is, especially in visual terms, anything but a simulacrum, as its palette is more reminiscent of Rainer Werner Fassbinder and Walerian Borowczyk’s films than Argento’s neon-tinged original. Guadagnino’s remake is, above all, a film about the terror that lingers in a European city long after its been blitzed by various catastrophes. Guadagnino uses Argento’s original as a launching pad for interrogating how the old, whether in dance or politics, often corrupts the new. Heady though it is, the film also more than delivers the genre goods. It strikes a delicate aesthetic balance between hysteria and control, most evident in an unforgettable scene in which Susie (Dakota Johnson) dances for Madame Blanc (Swinton), much to the bone-breaking detriment of the Markos Dance Academy’s former star. Dillard 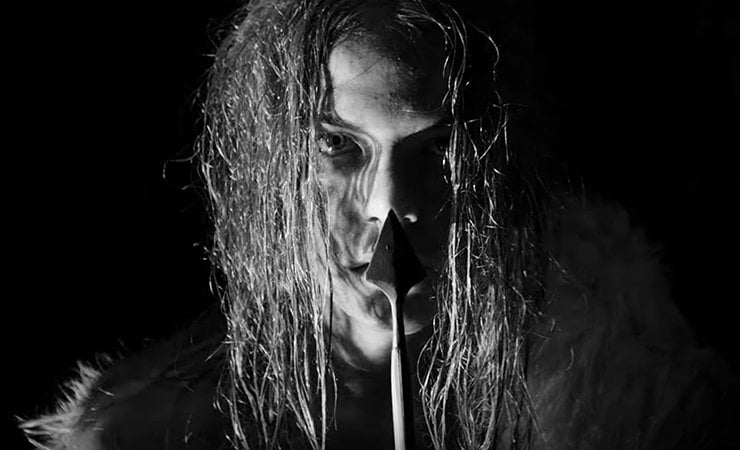 In André Breton’s writings on surrealism, he envisions, and prescribes, a mode of fairy tale for adults rooted in juxtapositions so poetic and strange that they seem only possible in dreams. Or in the work of Rainer Sarnet, who crafts the uncanniest of fables in November. Based on a novel by Andrus Kivirähk, this gorgeously shot film is an intrepid portrait of an Estonian village inhabited by greedy old men, wise toothless hags, ghostly lovers, and anthropomorphic creatures made out of human hair and metal coils. November respects the logic and temporality of the unconscious. As such, it’s difficult to tell if the story takes place in medieval times or some dystopian future. Its impenetrable storylines take shape like most of its dialogue, bearing the enigmatic sparseness of poetic stanzas or ancient spells. There’s more to be enjoyed if one gets lost in the bewildering rhythm between eerie sounds and the black-and-white imagery, instead of trying to detangle the various strands of the surreal narrative. Diego Semerene 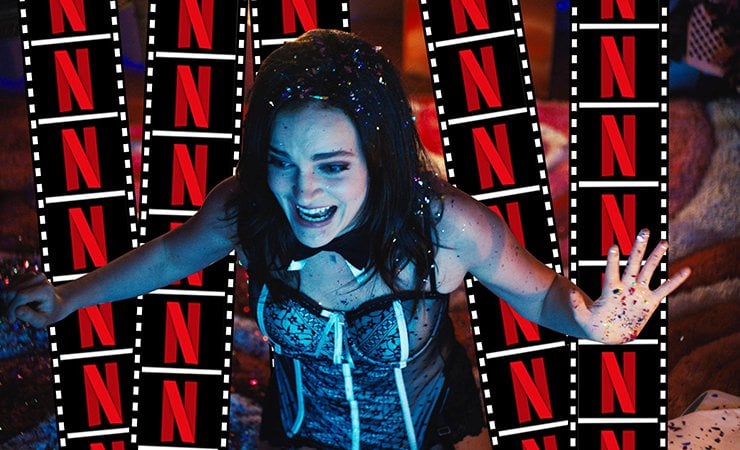 When Wilhelm Reich developed the concept of “sex economy” in 1931, he had in mind something like the way societal expectations or advertising may compel someone toward compulsory masturbation. Almost 90 years later, compulsion is but one of an array of factors informing Cam, Daniel Goldhaber’s lithely satirical and startling take on the present state of online sex work. Based on screenwriter Isa Mazzei’s own experiences as a cam model, the film is neither plainly sex positive nor outright cautionary in its depiction of Alice (Madeline Brewer), an up-and-coming streamer whose account is hacked and stolen by someone appearing to be her doppelgänger. Even as Cam gives new meaning to “ghosting” when Alice watches “herself” online, the film’s strengths come from an intimate familiarity with the anxieties that accompany a life predicated on thriving in a gig economy still owned and operated by impenetrable customer service mechanisms and corporate channels of older, sweaty white men. Cam is also one of the first American films to grapple with the realities of being doxed to family and friends, further demonstrating its primary acumen as a check on the social pulse of a particular strain of U.S. conservatism that continues to think about and patrol sex work, and those who participate in it, in even pre-Reichian terms. Dillard 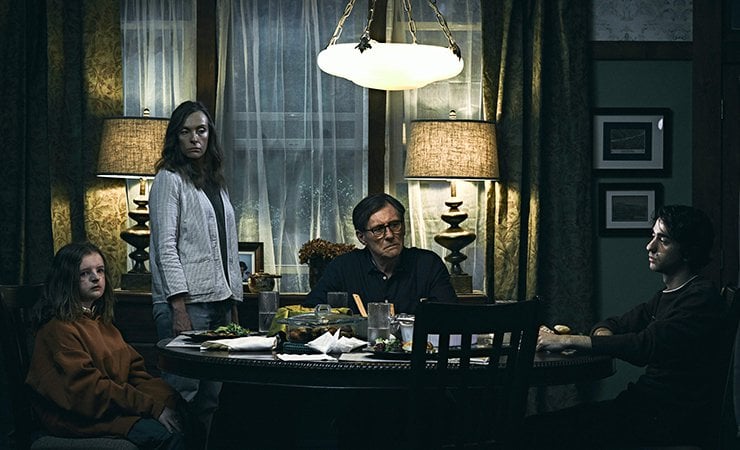 The first half of Hereditary establishes Annie’s (Toni Collette) grief and decades-long mental illness to set up the arrival of Joan (Ann Dowd), a Caligari-like figure who preys upon Annie’s vulnerability. Although Joan seems like an honest and empathetic woman, she’s actually a deceitful minion of Paimon, an avaricious king whom Annie accidentally helps to conjure from the dead. Hereditary is chock-full of citations to other classic horror films (most notably Rosemary’s Baby and The Shining) that take as their themes the manipulation of women as mothers and wives. When Annie, deep in the haze of misbegotten conviction, tells her son, “I’m the only one who can fix this,” she’s trying to rectify the sense of maternal guilt she feels for her daughter’s death. She’s also invoking Donald Trump’s claim from a July 2016 rally, when he said in reference to law and order: “I alone can fix it.” Fallen prey to the circumstances of her own deception, Annie speaks the self-defeating logic inherited from her manipulator. Dillard