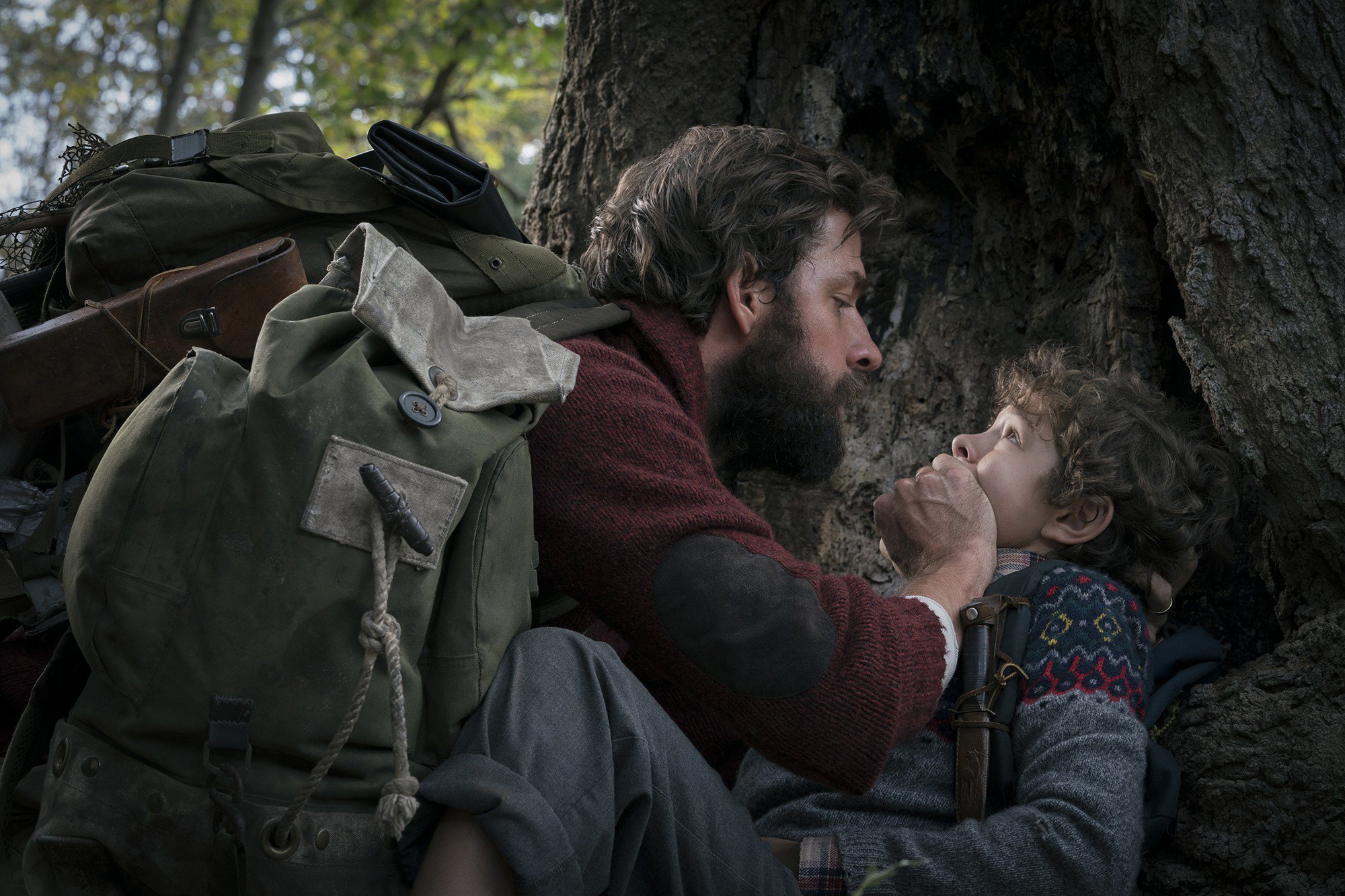 Survival is the implicit goal of characters in horror films, but a certain subset of these films are able to turn the act of survival into an existential quest, a powerful statement of defiance against the vagaries of the unknown. In these films, the world has usually turned against humanity in some way—a zombie apocalypse, an alien invasion, or simply the indomitability of nature itself—and the relative resourcefulness of characters who were previously reliant on now-absent tools or technologies provide the major dramatic beats as outside forces close in, driving these characters into action.

A Quiet Place, like John Carpenter’s The Thing before it, contributes a strikingly original monster to the genre of horror films focused exclusively on surviving an invasive threat. The big bad at the center of John Krasinski’s film, while visually reminiscent of what we’ve come to recognize as the prototypical alien—with modifications, including a head that seemingly functions like a giant ear—is a species of flesh-eating hellion that happens to be blind, and thus its potential prey can successfully evade capture by being silent at all times.

The film’s opening scene takes place approximately three months after these creatures have somehow made their presence known, with the Abbott family—Lee (Krasinski) and his wife, Evelyn (Emily Blunt), along with their three children—scrounging for supplies in an abandoned supermarket, padding around barefoot so as not to alert the monsters of their presence. But things don’t end well for the family’s youngest son, Beau (Cade Woodward), when a beeping sound produced by the toy his father forbids him to take from the store betrays his location. The film then catches up with the Abbots one year later at their farm compound, fractured and hardened but still persisting in spite of the odds. They’ve found a precarious but so far effective way to survive, farming and fishing their way to dinner each night, while Lee toils away in his basement man cave, which is equipped with a whiteboard whose messages too obviously clue us into what he’s trying to accomplish: to create a weapon to use against the monsters by identifying an exploitable weakness.

Evelyn is now pregnant with yet another child, and its impending birth is A Quiet Place’s ticking time bomb: How will the family continue to survive with a screaming baby around, and how will Evelyn soundlessly give birth in the first place? Both questions are answered in due course as Krasinski’s film settles into a night-of-terror set piece that sends each character hurtling into dangerous confrontations with the beasts that are hunting them.

Krasinski and Blunt are fiercely expressive performers, and Blunt in particular has a deft way of combining horror, grief, and love into one masterful expression as Evelyn watches helplessly while her family fights for their lives. Ironically, the scariest parts of this genuinely scary film are its quietest, and the formal innovation of the minimalistic and claustrophobic sound design—necessary to represent a world where breaking the silence will kill you—is what makes A Quiet Place stand out from standard horror fare usually committed more to jump scares than to skillfully calibrating a rising feeling of tension.

Characters who don’t speak to each other—aside from a functional usage of sign language in order to make simple tasks even possible—will necessarily struggle to convey relationships that an audience can connect with, and the Abbotts sometimes fail to materialize as individuals outside of their shared goal of sticking around for one more day. In almost every frame, the film announces its project of portraying a family pushed to the brink of collapse—and, more specifically, a father who’s taken on the impossible task of protecting his children from the unknown. But in the rare moments in which these characters actually do speak to one another (always when louder sounds are drowning out their voices), the things they say are so basic and obvious that one wonders whether they actually know each other at all.

But when the bonds between the Abbotts are tested by the external threat of the alien invaders—however flimsy the bonds might sometimes seem to be—the viscerally physical ways in which they protect each other from harm are powerful, and it becomes clear that these characters have had to learn different and perhaps more subtle methods of communication due to the circumstances in which they’ve found themselves. For example, every moment of eye contact between Lee and Evelyn carries far more weight in this world than in one where they could actually strike up a conversation whenever they wanted. The pleasure of A Quiet Place is in Krasinski’s commitment to imagining the resourceful ways in which a family like this might survive in this kind of world, then bearing witness to the filmmaker’s skillfully constructed methods of putting them to the ultimate test, relentlessly breaking down all of the walls the family has erected to keep the monsters out.

Review: You Were Never Really Here