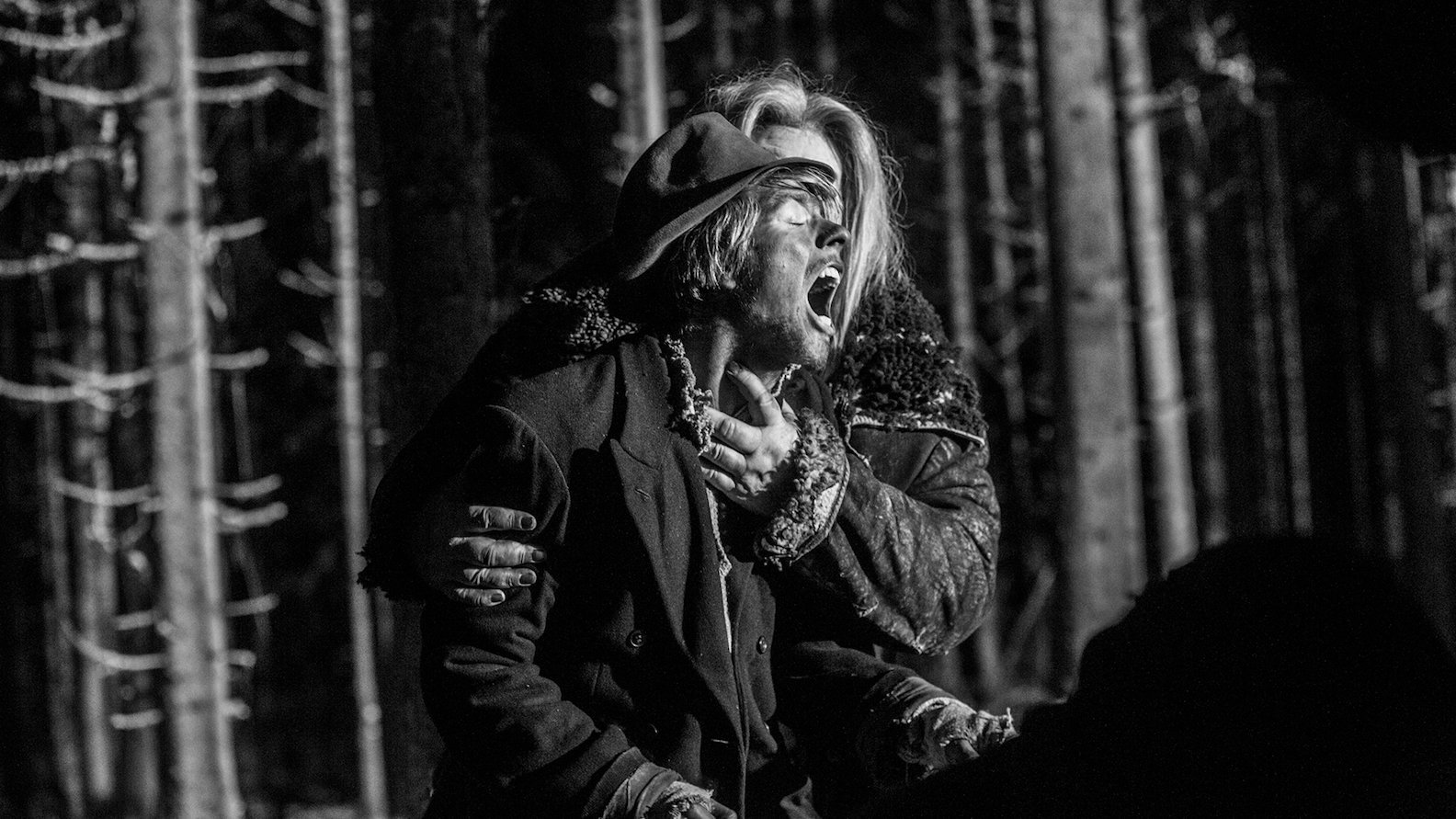 In André Breton’s writings on surrealism, he envisions, and prescribes, a mode of fairy tale for adults rooted in juxtapositions so poetic and strange that they seem only possible in dreams. Or in the work of Rainer Sarnet, who crafts the uncanniest of fables in November. Based on a novel by Andrus Kivirähk, this gorgeously shot film is an intrepid portrait of an Estonian village inhabited by greedy old men, wise toothless hags, ghostly lovers, and anthropomorphic creatures made out of human hair and metal coils.

November respects the logic and temporality of the unconscious. As such, it’s difficult to tell if the story takes place in medieval times or some dystopian future. Its impenetrable storylines take shape like most of its dialogue, bearing the enigmatic sparseness of poetic stanzas or ancient spells. There’s more to be enjoyed if one gets lost in the bewildering rhythm between eerie sounds and the black-and-white imagery, instead of trying to detangle the various strands of the surreal narrative. Like when an old man straight out of a Béla Tarr film says, as if for the sheer desire to spew out metaphors, “I am not worried about hidden treasures. But I brought some trinkets home,” all while eating a fat chicken thigh. Or when a talking snowman achingly says to its lover: “You don’t have to get married. You can simply love.”

It’s difficult, and perhaps futile, to decode much of this fable’s intricacies. Sarnet is as invested in telling a convoluted story that feels rooted in millennia-old folklore as he is in unabashedly experimenting with form and style for the sake of visual pleasure alone. When a woman (Rea Lest) walks outside her house in the middle of the night, naked, and starts howling, little does it matter why. Elsewhere, the image of an impossibly beautiful wolf scratching its body in the snow is too rapturous to be rationally described.

Though November keeps reverting back to servicing the mechanics of plot, as if trying to be faithful to its source material, the film is most pleasurable precisely when it surrenders itself to the nonsense of dreams. As in a sequence where a man (Jörgen Liik) decides to get first dibs on the body of a German baron’s daughter (Jette Loona Hermanis) because “everything on Estonian soil” belongs to Estonians. Instead of witnessing violence, we promptly glimpse a bewildered unrequited lover (Jörgen Liik) observing the woman sleepwalk into the woods, as if waltzing into the world of Last Year in Marienbad. Her silky white gown billows against a full moon, all but abstracting into spellbinding texture, bringing every narrative fiber of the fable to a halt for the sake of poetic contemplation.