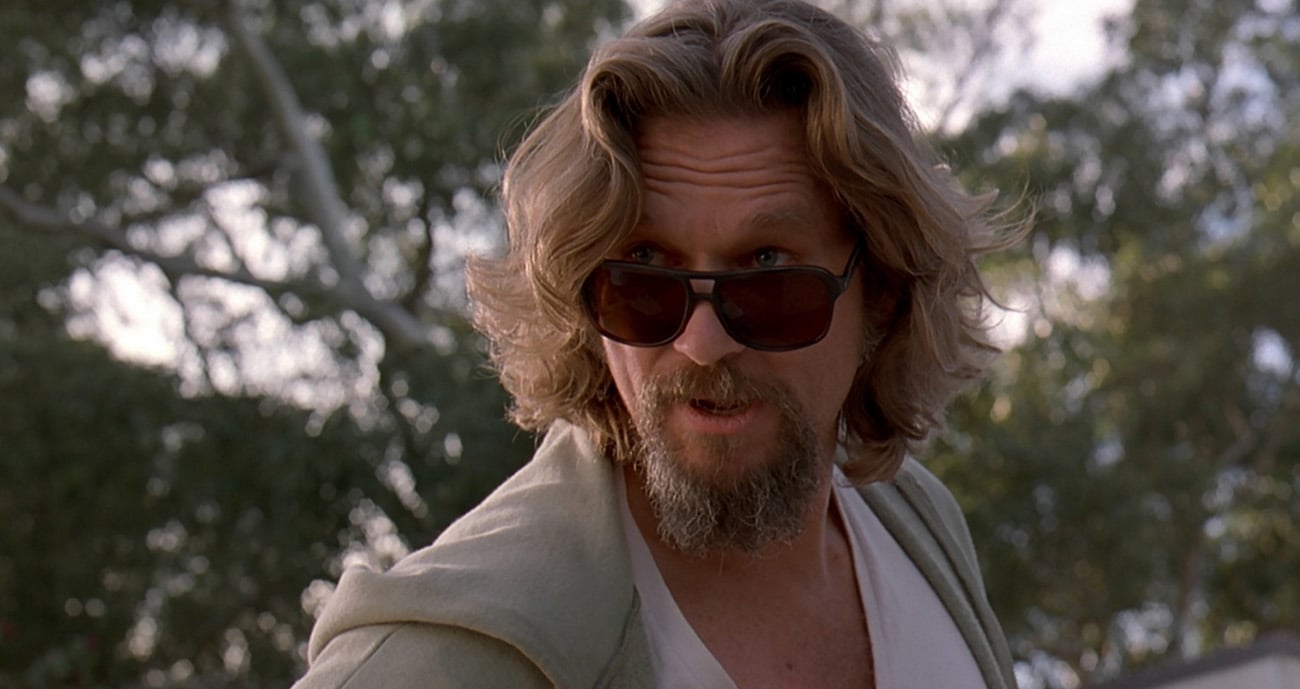 “By the current timetable of cultural recycling, pop artifacts tend to look their most dated—no longer fresh and new, but also not yet easily filed as products of their time—roughly 15 to 20 years following their initial conception.” So wrote Slant’s Eric Henderson in his intro to our list of the 100 Best Films of the 1990s. Five years after that list’s publication and we’re feeling, on the 16th anniversary of this site’s inception, a little nostalgic. Which is why, every day for the next two weeks, we’re looking back at one year from the 1990s, to celebrate the films—from the cerebral Iranian puzzle box, to the Hong Kong mixtape, to the American cine-savvy royale, with and without cheese—that inspired many of us to write about film in the first place.

Like we do today with our year-end lists, the year of U.S. theatrical distribution was for the most part used to determine what year a film belonged to. But in cases where a film took more than a year to reach America, the year of its first prominent theatrical engagement, either in its country of origin or beyond, was used. And given the abundance of riches we had to choose from, prior to each Top 10 is a list of 10 honorable mentions—the majority of which were shortlisted for our 100 Best Films of the 1990s back in 2012 but didn’t garner enough support to make the final list. Ed Gonzalez 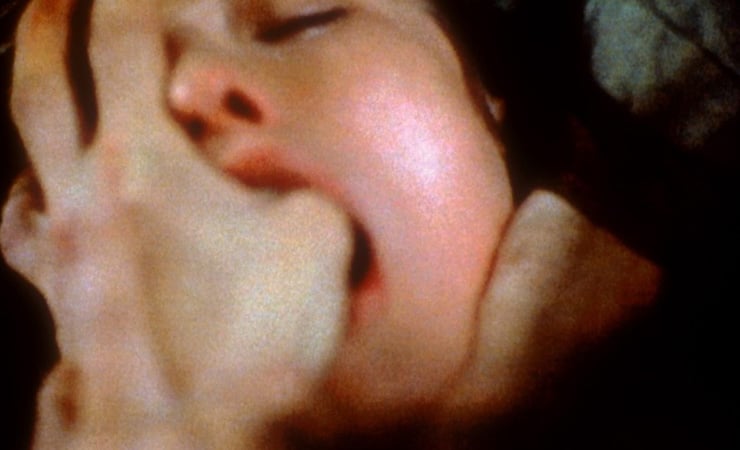 Since his startling debut feature, Sombre, Philippe Grandrieux has become one of cinema’s most audacious chroniclers of society’s underbelly, maybe even its best articulator of heightened sensations; despair and ecstasy erupt from the fabric of his films with a blistering, almost physical intensity. One doesn’t expect such tender, almost mawkish declarations of love from Grandrieux’s characters. And yet, the delicacy of the language is of a piece with the filmmaker’s general preoccupation with the fragility of the human psyche. Sean Nam 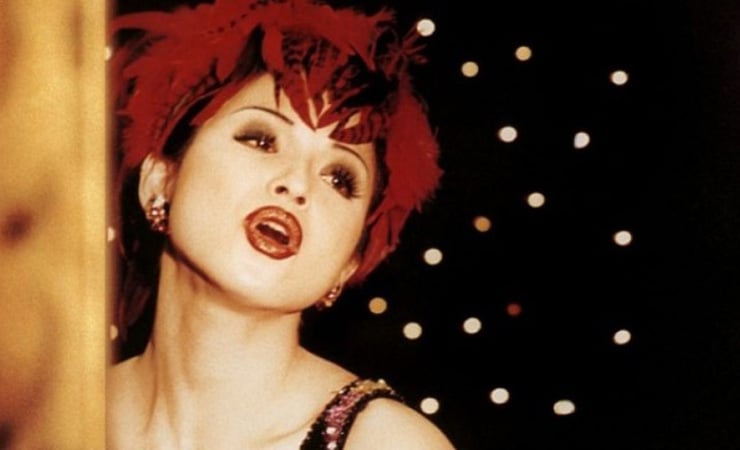 Tsai Ming-liang details an unnamed couple’s love among the ruins as an extended pas de deux set against cold concrete structures and accompanied by the consistent drone of an alternately oppressive and liberating deluge, though he takes welcome time out for a few stock-company walk-ons (observing the elder, former martial-arts actor Miao Tien wandering past numerous abandoned grocery marts in search of the proper bean sauce—which Lee informs him has been discontinued—is one particularly hilarious and heartbreaking moment out of many) before returning his focus to the lovers’ dual fantasia. It culminates in an ending of transcendent beauty with Lee Kang-sheng literally lifting Yang Kuei-mei up where she belongs—above and beyond the surrounding malaise and decay and into an illuminating, musical embrace for the ages. Keith Uhlich 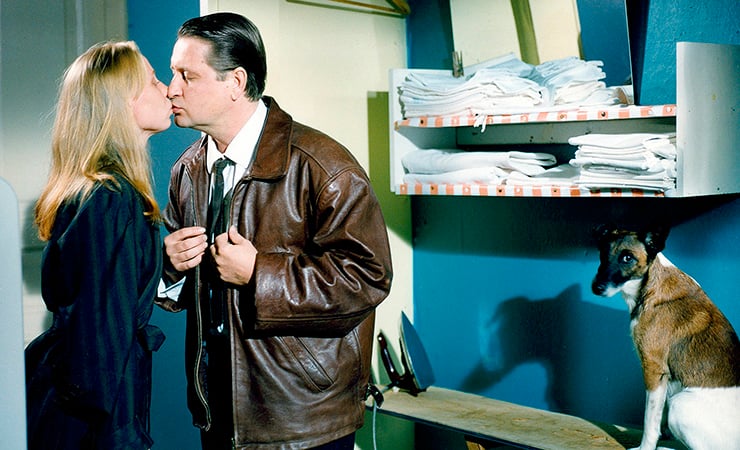 The cinematic world of Aki Kaurismäki is, like any true auteur’s, immediately recognizable: Infused with a deadpan humor that nearly balances out a cynical worldview, his films stand with Finland’s working stiffs (who are prone to an exaggerated stiffness), sympathetic characters set against colorful, slightly askew backdrops. Drifting Clouds, a succinct, deceptively simple tale of an unemployed married couple struggling to find work, is a fine distillation of this sensibility, notable for being one of Kaurismäki’s finest and most accessible films. Though the couple, potently played by Kati Outinen and Kari Väänänen, find themselves caught in downbeat circumstances, and the film is dedicated to Matti Pellonpää, a Kaurismäki regular who died before production started (and whose real childhood photo substitutes as a picture of the couple’s deceased child), Kaurismäki keeps his mournful film buoyed with humor. When Väänänen’s dissatisfied husband character demands his money back for a film he didn’t like, he’s reminded that not only did he not pay for it, he needs to pick up his dog from the concession stand. Like Chaplin before him, Kaurismäki uses this kind of bittersweet humor not only to laugh off the economic blues, but as the panacea for life. Kalvin Henely 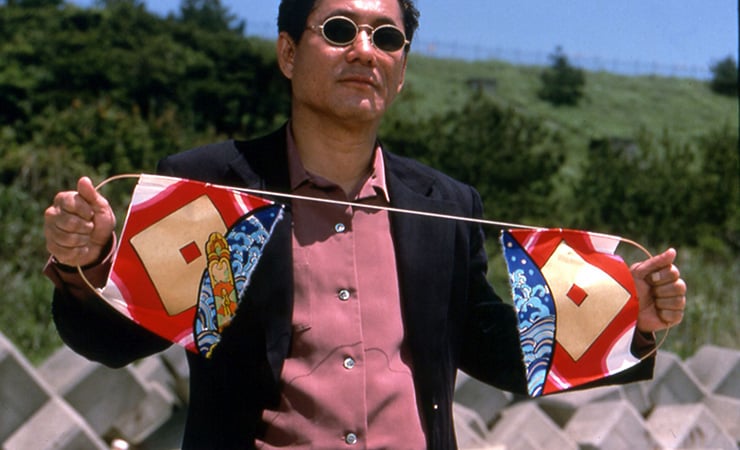 It would probably be unthinkable for a cop’s wife in an American movie to have cancer, or for his sister to be a junkie—as it would distract from the action. But not in a Japanese film. Kitano obliterates both of those unthinkables in Violent Cop and Fireworks, and Takashi Miike does the same in his 1999 collage of the policier and the yakuza thriller, Dead or Alive. (Miike may have appropriated the impassive hero’s home situation from Fireworks: It’s the daughter that’s sick in the Miike film, but his wife wears the same mask of quiet patience.) But even if you scoured the vaults of all the world’s film archives in order to draw up a list of a hundred cop movies in which the hero’s wife has an ailment that’s treated as a major narrative thread, it’s a safe bet that none of them will spend such an extraordinary time looking at paintings. Jaime N. Christley 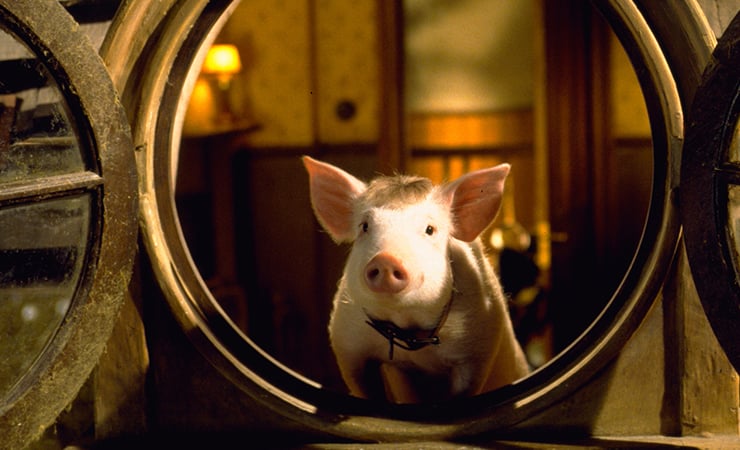 The success of Babe was unprecedented, not unlike its own central underdog character, but the audiences that flocked to the charming original couldn’t seem to take George Miller’s brilliant, twisted sequel. Drunk on more than a little of the then-brewing pre-millennium tension, 1998’s Babe: Pig in the City carries its predecessor’s torch into darker, quixotic territories, bursting at the seams with folkloric witticism and hellzapoppin’ imagery. Babe the sheep-herding pig must conquer the slings and arrows of the titular everycity (complete with the Statue of Liberty, the Hollywood sign, and the Sydney Opera House) when the bank threatens to take away his beloved farm, located as it is, “just a little to the left of the 20th century.” Singing mice and a noble, quotable duck are the most memorable of the film’s Homeric cast of outcast animals, and throughout their alternately delightful and frightful adventures, there’s no shortage of insight into life’s hardships and joys. Rob Humanick