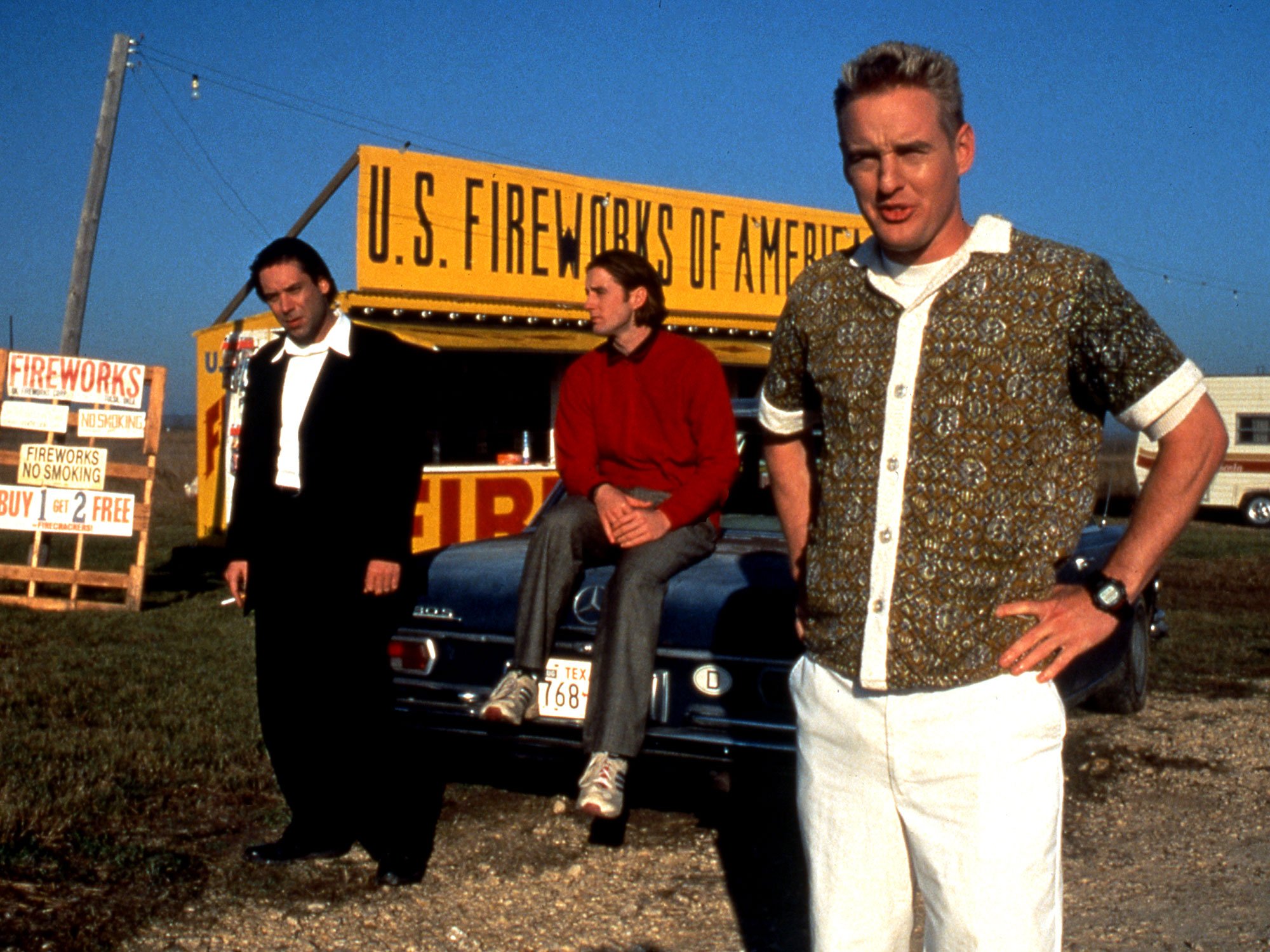 It only took two years for Wes Anderson to go from a promising young up-and-comer with 1996’s Bottle Rocket to, with 1998’s Rushmore, one of the most unique and important voices in independent American cinema. What’s even more remarkable, perhaps, than the length of time is the sizable leap in quality between the two films. Rushmore is a true American original, a masterpiece of humanist comedy that introduced Anderson’s visual sense as one unlike any to have come before (or to have been satisfyingly aped since, no matter how hard assholes like Jared Hess may try). Bottle Rocket is, well, not. But no matter how tempting it may be to dismiss Anderson’s debut, to do so is to ignore the film’s pleasures (minor, yes, but pleasures all the same) and to overlook how the film marks the foundations of the auteurial voice that would arrive fully formed just two years later.

Bottle Rocket opens with Anthony (Luke Wilson) staging a faked breakout from a mental hospital for the benefit of his friend Dignan (Owen Wilson). The performance of the act—Anthony voluntarily committed himself and could simply walk out the door at any time but had already promised Dignan to execute a breakout scheme—is indicative of the friends’ approach to life, a constant desire for excitement and adventure by which to give their lives meaning. Upon returning home, Dignan introduces to Anthony (via a hilarious sight gag of Dignan’s “75-Year Plan” notebook—a classically Andersonian touch) his scheme: The two friends will, with the help of Bob (Robert Musgrave), rob a bookstore, go on the lam, then hook up with local thief (and landscaper) Mr. Henry (James Caan) for just long enough to establish the means to go straight.

The bookstore robbery is an extended comic set piece nearly unmatched in Anderson’s oeuvre for pure laughs, and it typifies the film’s greatest strength: its sense of humor. One can feel Anderson and co-writer Owen Wilson developing their comedic voices, which leads to snappy, absurdist dialogue scenes (the gang’s fight over the gun) and a collection of the priceless blink-and-you’ll-miss-them visual details that have become Anderson trademarks.

Unfortunately, this focus on comedy comes at the expense of two of Anderson’s other great strengths: his humanity and his visual sense. Anderson has a great deal of empathy for his charming band of fuck-ups, but the characters are thinly drawn, and Anderson’s attempts to lend the story emotional weight, like giving Anthony a ludicrously one-dimensional love interest in South American housekeeper Inez (Lumi Cavazos), largely fall flat. And though it seems unfair to compare Bottle Rocket negatively to Anderson’s more accomplished films, it is difficult to see its competent visuals as anything but ramshackle when compared to the formal majesty of what was to follow. If Bottle Rocket is to be remembered for anything in Anderson’s body of work, it should be as the film that gave the director the power and name recognition to continue making the films he wanted to make.

Wild Is the Wind: Revolutionary Road