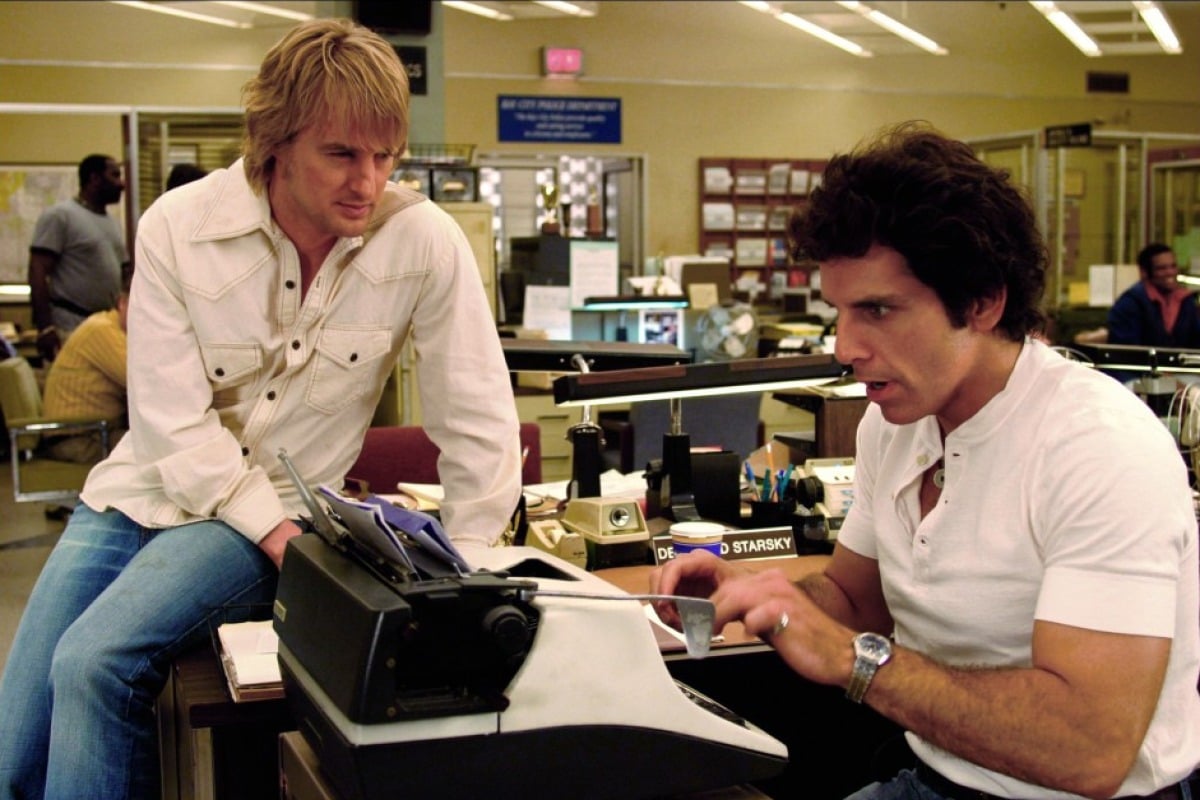 Judging by Todd Phillips’s tired Starsky & Hutch, it appears that ‘70s nostalgia has finally run its course. The film, steeped in the decade’s (and the show’s) superficial accoutrements, is a cornucopia of oversized-collared jackets, classic funk and rock tunes, and “groovy” lingo that’s as original as the dead-horse concept of adapting a mediocre, semi-popular TV show for the screen. Phillips can’t decide whether to lampoon or pay homage to his source material, resulting in a maddeningly inconsistent tone that manages to be neither silly nor respectful enough to make us care about the routine undercover police action.

Reverential freeze frames, gooey musical montages, and that jumping Ford Gran Torino are obligatory deployed throughout the film, but Phillips doesn’t push the cheeky period-piece zaniness far enough to garner anything more than a knowing snicker. Vince Vaughn (with a beautifully bushy Fu Manchu moustache) is the drug-running villain, Snoop Dogg offers an infinitesimally minor variation on his own persona as pimp informer Huggy Bear, and Jason Bateman, Carmen Electra, Amy Smart and Will Ferrell all make brief appearances.

Still, the film is primarily a feature-length goof-off featuring Ben Stiller and Owen Wilson. Stiller’s Starsky is a by-the-books lunatic who destroys a sparkling new Cadillac to nab a petty purse-snatcher, while Wilson’s Hutch is the type of hip slacker ladies’ man who steals money from a dead body, and the two (after working together on Meet the Parents, The Royal Tenenbaums, and Zoolander) have a likeably cantankerous chemistry. Yet because they’re playing only slightly exaggerated versions of the original characters, they don’t offer significantly more laughs than a given episode of the unintentionally absurd TV show.

Phillips includes flavorless nods to The Godfather, Easy Rider, Dirty Harry, and Saturday Night Fever, all of which further exacerbate the mood of strained nostalgic staleness. For the sake of pop culture—and sanity—let’s finally let go of those passé bell-bottoms and platform shoes and wholeheartedly embrace the ‘80s revival. Anyone for Diff’rent Strokes: The Movie?