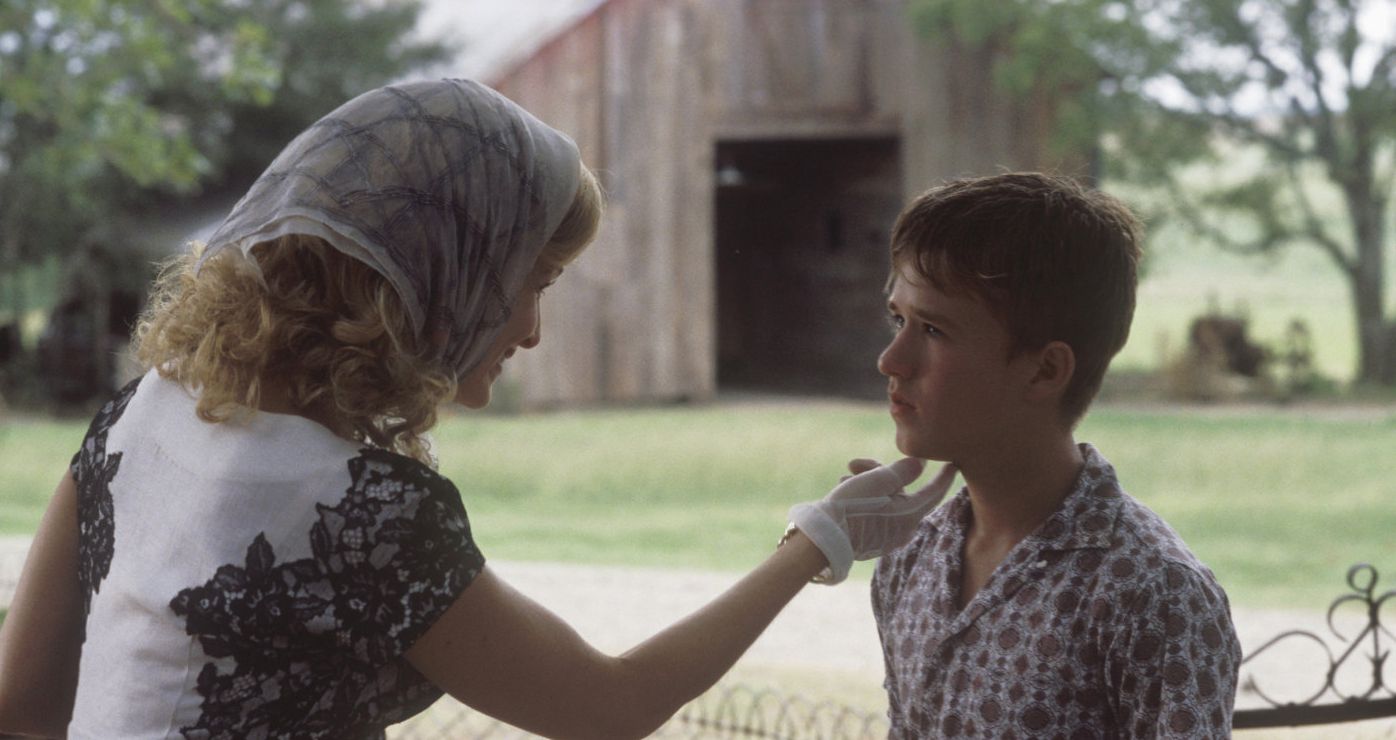 From the opening paragraph of Roger Ebert’s review of this unpretentiously sweet home-is-where-the-heart-is fantasy: “Secondhand Lions is about the uncles every boy should have, and the summer every boy should spend.” As written and directed by Tim McCanlies (who previously wrote The Iron Giant), Secondhand Lions is a fantastical lark that recalls the similarly themed Big Fish—though it’s nowhere near as aesthetically daring as the Tim Burton film, it’s no less alive with imagination and feeling. Walter (Haley Joel Osment) is dropped off by his flighty mother (Kyra Sedgwick) on a farm owned by his great-uncle’s Hub (Robert Duvall) and Garth (Michael Caine). The old men are apparently sitting on a small fortune, and everyone (from distant relatives to opportunist salesmen) is after a piece of it. McCanlies’s story and compositions have a storybook quality to them, and as such it makes sense that the older Walter (Josh Lucas) would transplant his childhood into a popular comic strip. Via a series of rhythmic montage sequences and clever sight gags (young Walter can’t eat his sausage and eggs because of the chicken standing on the huge pig by the kitchen door), McCanlies playfully evokes Walter’s adjustment to living with his uncles. Over time, the two old men spin tall tales about cross-continental adventures, daring warfare and tragic love affairs. The truth isn’t that far off, and it inspires the film’s characters to connect and protect their insular little world for outside invasions. Indeed, there’s no place like home.