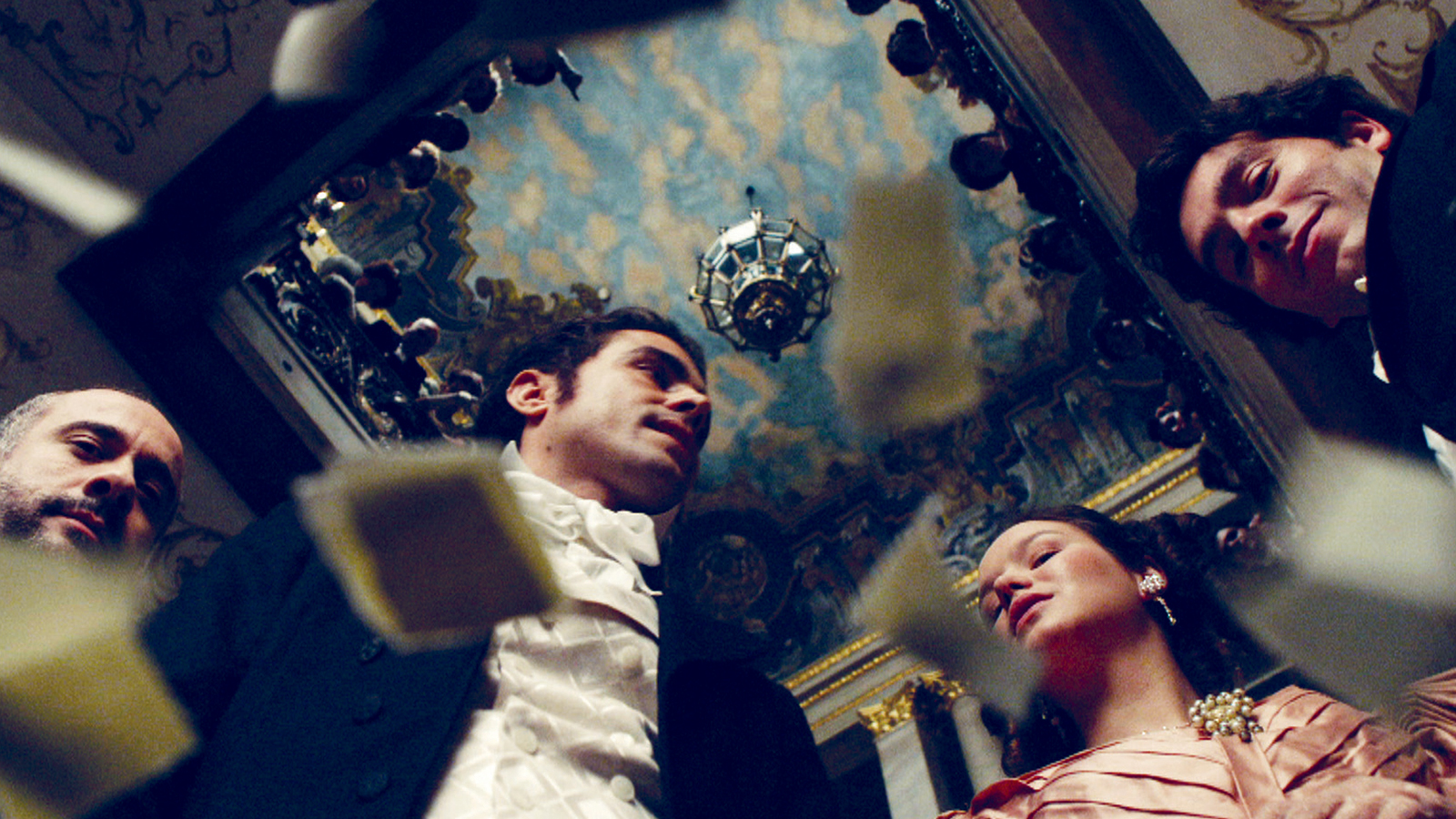 [Editor’s Note: This article is cross-posted at Parallax View.]

Week Two of SIFF opens with the promise that the screening experience at The Neptune will be, if not restored to previous standards, at least improved. According to Paul Constant in Slog, SIFF is replacing some of the sound baffles removed by STG in the ongoing renovation and transformation of the theater into a performance venue, and replacing the folding chairs on the floor with temporary theater seats (on loan from the Sundance Film Festival). Nothing in the article about the screen (which is smaller than the original screen and not in the best of shape) or the projector issues, which include an underlit image and bright light bleeding and smearing across the screen. I’ll be checking out the improvements later this week, but in the words of the SIFF artistic director, “By Friday showtimes, everything is going to be exactly the way we want it to be.”

I clearly have not been doing my job—I spent the week buried in DVD and Blu-ray releases for my day job at MSN Videodrone and have seen almost nothing screening over the weekend. Almost.

Black Venus, Abdellatif Kechiche’s devastating dramatization of the true story of Saartjie “Sarah” Baartman, a black South African woman whose unusual physiological attributes were put on display as the “Hottentot Venus” in early 19th-century London and Paris, is a powerful and provocative film. Kechiche observes her exploitation in freak show performances in which she, ostensibly, is a partner in (“I have a contract,” is one of the few things the largely silent woman voices in the film) but ultimately is at the mercy of the sexual and racial stereotypes of savagery and primitiveness that the white “ringmasters” of her show-biz partnership insist she portray in their burlesques. Kathleen Murphy does the film more justice than I possibly could: “I am on the side of this French-Moroccan filmmaker, an immigrant artist who knows the sharp edge of living between cultures.”

The event of the weekend was the Special Presentation showing of Raúl Ruiz’s nearly 4 ½-hour Mysteries of Lisbon, a film of exquisite elegance that begins with an orphan boy in a Catholic boarding school searching for his identity (“They all had surnames: five, six, even more. I had just Joao.”). They have many names, we discover, and some of them titles, their rank becoming their identity. But others have also recreated themselves, through marriage or money or status purchased with fortune and power, and the biggest mystery is the protective priest who watches over Joao. As the boy’s ancestry unfolds in a magnificent tapestry of flashbacks that slowly weave a portrait out of dozens of characters and stories, so does the story of the quietly driven Father Dinis (Adriano Luz), which is inextricably tied to the boy’s past. Chilean-born Ruiz is a director whose love of storytelling and narrative play is often more engaging than the films themselves but with Mysteries of Lisbon, an epic based on a classic Portuguese novel (one yet untranslated into English), his engagement with the characters and their defining stories guides his direction, and his graceful camerawork and unerring eye for images both classical (like paintings in a cinematic frame) and fluid (his camera moves with purpose and grace) are in the service of the trajectories of the characters. I saw the film at another festival in late 2010 and have been dying to see it again in all its exquisite grace. Thanks, SIFF, for the opportunity.

Sean Axmaker is a DVD columnist for MSN Entertainment, a contributing writer for Turner Classic Movies Online and the managing editor of Parallax View. He was a film critic for the Seattle Post-Intelligencer for nine years, his work has appeared in The Seattle Weekly, The Stranger, The Seattle Post-Globe, Senses of Cinema, Asian Cult Cinema, Psychotronic Video and “The Scarecrow Video Guide” and he collaborated with Sherman Alexie on the commentary track to the DVD release of The Exiles. You can find links to all of this and more on his shamelessly self-promoting blog.