Abdellatif Kechiche’s Black Venus debates itself less than midway through. A performer’s handler stands accused of exploiting her, with a crowd of moral citizens howling epithets from the galleys. The man’s attorney steps forward and looks directly into the camera, addressing both the crowd and the viewer: We go to a performance with a different level of reality in mind from usual, he says, and therefore watch with a dual consciousness. We both accept the reality of the performance and know that what we watch is not real.

The moment seems to be the film’s apologia, the point at which it declares its method. We are being shown events while understanding that what we watch is a representation of events. The film’s events surround Saartjie Baartman, a.k.a. the Venus Hottentot, a South African woman who became a freakshow sensation in early 1800s London because of what audiences deemed an enormous derriere. These performances—which the film proffers in full, close, handheld view—consist of Baartman shaking her butt at a lascivious and eager crowd, whose members then proceed to grab at it. These sequences are shot on what looks like low-quality video, seemingly without respecting space or an obviously coherent compositional scheme, calling attention to the act of filming and discomfiting the viewer twice over. Watching her experiences onstage would be ugly, and watching them in the movie theater now is ugly. The New York Times’s Manohla Dargis dismissed Black Venus as bad filmmaking, and from a technical standpoint, she’s right. But the film’s rendering of period sets and costumes with cruddy camerawork makes us aware that the film is a limited dramatic representation of real life. We don’t just react to the fictional Saartjie’s torments, but grow repulsed with the thought of how much worse her real suffering was. In this case, bad filmmaking is good.

Yet Kechiche (The Secret of the Grain) runs into trouble by applying this method to history. The lawyer’s speech seems Kechiche’s own characterization of his approach to Baartman’s story, one that has also been told through multiple books, films, and plays. Another description of Kechiche’s approach can be found in the work of French sociologist Didier Fassin, who believes that the past exists in two dimensions, objective and subjective, with the two never meeting. Fassin’s ethnographer-historian (quoting another critic on him) is thus “shot through with the terror of interpretation, and he is alive to all the unconscious prejudices that shape what can be heard; yet if he does not interpret, his material becomes simply exotica, to be placed in a cabinet of curiosities.”

To tell history is to interpret history, in other words. One could claim, perhaps rightly, that Kechiche’s absorption of this idea provides a more honest telling of Baartman’s story than any other stab has. While history books falsely claim to tell the truth, Kechiche’s film honestly declares itself a fiction. Yet one could also claim—again, perhaps rightly—that the just-posited truth-fiction dichotomy comes too smoothly; this viewer in particular feels uncomfortable abandoning the existence of facts.

By choosing the facts of an event, after all, one also chooses its meaning. A look at Black Venus’s courtroom scene shows how manipulative Kechiche’s potentially liberating subjectivity can be. The film presents those clamoring for Baartman’s divorce from her manager as a well-meaning, somewhat puritanical, somewhat hypocritical group simultaneously concerned for Baartman’s safety and well-being, titillated by the overt sexuality of her act, and unaware of her status as a consenting paid employee; the group’s in a position roughly similar to ours. But Kechiche’s film downplays if not ignores the facts that slavery had been abolished in England in 1806, four years before the trial took place, and that many of those calling for the trial were abolitionists concerned that the Venus Hottentot act’s popularity would give the government incentive to reinstate slave laws. By removing the crowd’s potential political motives, Kechiche opts to make the trial’s subtext sexual subjugation rather than legal slavery, and thus devalues the importance that slavery had not just in England, but in the entire British Empire, at that time. England was the only country in the entire Empire, in fact, that had outlawed slavery, a piece of context of which Baartman was likely deeply aware. The film suggests that she asserts herself in court out of loyalty to her accused manager, but it’s equally possible that she spoke in favor of him knowing that she risked enslavement and/or disease were they to be separated. Kechiche’s presentation simplifies Baartman as well.

One could accuse Kechiche of simplifying Baartman in general, a charge to which he’d likely admit. Among the last things one could call the character is assertive, a choice emphasized by the very fact that the woman playing her, Yahima Torres, is a first-time actress overwhelmed by the professionals whom she often plays opposite. In contrast to the real-life Baartman who, while acclaimed for her backside, had an unusually small skeleton, Torres is a gigantic woman whose size calls to mind both traditional cartoon depictions of Baartman and the most pervasive figure of American female slave stereotypes, the Mammy. These are two of many potential identities that we could impose upon her. The real-life Baartman rode home with an interviewer one night and discoursed on her parentage, heritage, and feelings of identity to him at length, while in Kechiche’s rendering of the scene Baartman sullenly and barely speaks. The film’s interviewer even asks her to lie a little for the sake of a good story.

But Kechiche and Torres’s silent Venus frustrates our desire for story. The effect of watching her is of a blank slate onto which viewers can project motivation, the crude filmmaking further reminding us of the unknowable nature of the real Baartman’s thoughts. By distorting history to convey the past’s inaccessibility, though, Kechiche also hazards replacing it. His incomplete, inaccurate view of Saartjie Baartman, Christian name Sarah, stage name Venus, is one more that the viewer must wrestle with, and find greater context for. The greatest virtue of Kechiche’s film is the extent to which it makes you aware of its flaws.

Review: Cyrano, My Love Thinks Art Is Only Born of Romantic Passion

Review: The Stylish Knife + Heart Is Undone by Indulgence and Preachiness 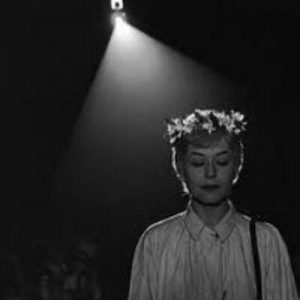 New York Film Festival 2010: Jorge Michel Grau’s We Are What We Are