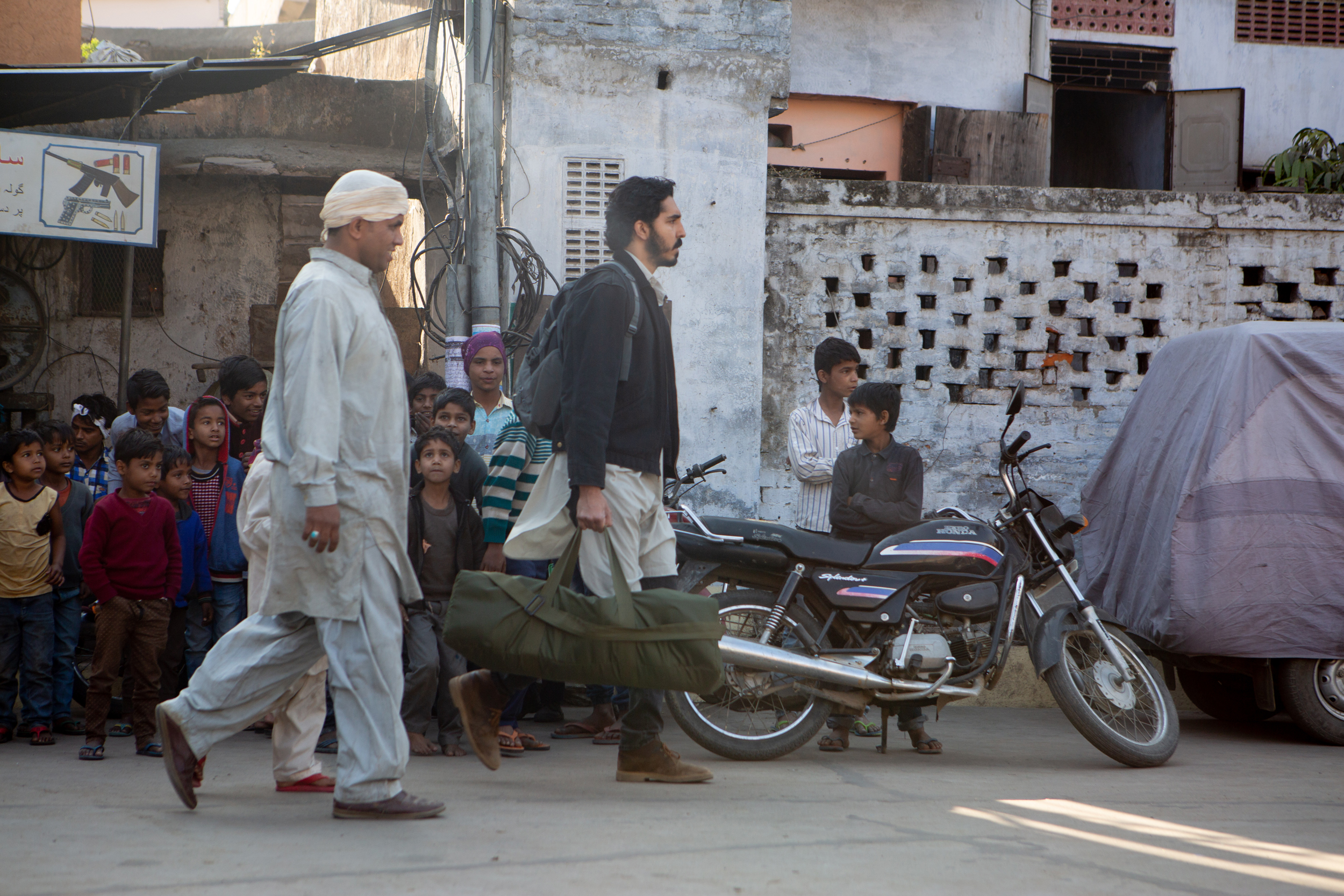 Dev Patel, who’s perhaps best known for his work in such feel-good films as Slumdog Millionaire and The Best Exotic Marigold Hotel, is a surprising choice for the cold mercenary at the center of writer-director Michael Winterbottom’s noirish The Wedding Guest. As the steely, singularly determined gun-for-hire enlisted to kidnap an English-Pakistani woman on the eve of her arranged marriage, Patel mostly succeeds in his against-type gambit. His established, Oscar-tested likeability as an actor lends the character, who goes by pseudonym Aasif for most of the film, a shade of humanity lacking in Winterbottom’s lean, plot-focused script. It’s Patel who keeps us, more or less, on his character’s side as he progresses through noir’s typical spiral of moral compromises.

The Wedding Guest travels in well-trodden genre territory, though its particular dramatic themes are rather unaccustomed topics for a globe-trotting noir. The story concerns the conflicting expectations around gender and marriage between London and provincial Pakistan, and the film’s own undeniably “Western” perspective on the issues doesn’t go unproblematized. “The problems began when we moved to the U.K.,” Samira (Radhika Apte) asserts at one point, suggesting that her arranged marriage may have been less of a problem if she hadn’t encountered a differing set of expectations upon moving to England as a pre-teen. Ultimately, the film’s exploration of such issues isn’t particularly complex, but it admirably comes down on the side of Samira deciding for herself, apart from either of the cultures—or any of the men—who would want to either bind or “free” her.

Indeed, one of the principle virtues of The Wedding Guest as a thriller is how, particularly in its first act, it upends expectations. A dialogue-free opening sequence has Patel’s character determinedly packing his bags, shiftily scanning the space as he enters airport security, arriving in rural Eastern Pakistan, and immediately purchasing handguns in a run-down shop. But he’s not any kind insurgent; he’s on his way to a wedding in the rural Punjab province. There, too, his intentions are unclear until the moment he abducts Samira from her bed in the dead of night, reluctantly shooting the family’s security guard to escape. Samira, for her part, is hardly a helpless victim of a vicious kidnapping: The film dwells in the irony that the kidnapping is, to an ambivalent degree, also a rescue.

Winterbottom’s film stagnates somewhat after Aasif has Samira in grasp, its subdued tone failing to maintain tension even as the scenario tells audiences that the circle around the awkwardly paired couple is tightening. As the two hide out in India, the professionally even-keeled Aasif doesn’t let the news that the security guard he shot has died affect him, and as the nominal victim of a kidnapping, Samira doesn’t appear to face dire consequences should the murder be tracked back to Aasif and Deepesh’s conspiracy. If the film’s intention is to give its characters space to develop as they await their fates, it’s only partially successful, as it abstains from exploring much of Patel’s stoic character, and Samira is almost equally opaque. The sexual tension the narrative needs to arise between them never quite materializes, particularly as neither seem to be overly troubled by their circumstances.

The introduction of Deepesh (Jim Sarbh), the man who hired Aasif, also impedes the film’s ability to continue surprising us. Characterized as a morally bankrupt rich boy, Deepesh is precisely as slimy as needed to keep us on Aasif’s side, to make his efficient criminality look in comparison like working-class can-do. And although Deepesh’s appearance in Delhi is meant to complicate the connection developing between the main characters, his function in the plot as a force pushing them closer together is far too apparent. He does provide for one of the film’s truly revealing character moments—one in which Aasif and Samira appear to go further than necessary—but this potentially intriguing psychological thread is left dangling.

The Wedding Guest distinguishes itself from the rabble by setting its international chase in the border region between Pakistan and India—and in a more metaphorical sense, England—without focusing on issues related to terrorism. Instead, the film aims to be a more traditional noir, and to a degree, it succeeds in translating the problematics of intercultural conflict into thriller fodder. But its characters never feel tortured enough, the situation dire enough, to evoke the existential angst of the noir. The Wedding Guest’s conclusion is another of Winterbottom’s surprising tweaks on the thriller formula, but by that point it feels more like a screenwriter’s clever twist than an emotionally meaningful finale.

Review: The Hole in the Ground Is More than a Mixtape of Horror Gimmicks

Review: Giant Little Ones Gets the Complexities of Sexual Desire