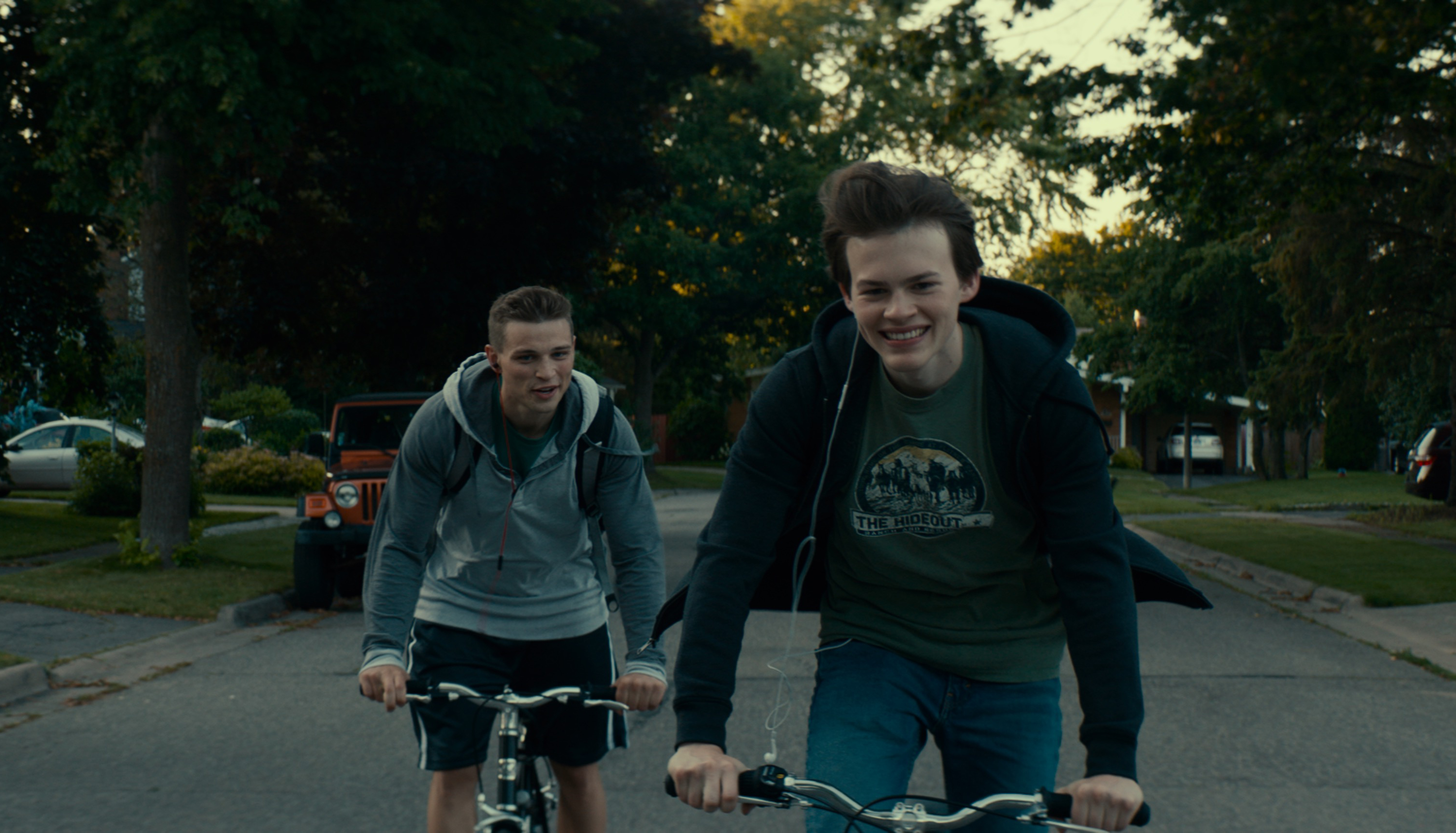 Keith Behrman’s Giant Little Ones comprehends the malleable, often inscrutable nature of desire. The film’s inciting incident, a drunken hookup between lifelong friends Franky (Josh Wiggins) and Ballas (Darren Mann), initially threatens to capitalize on the tropes of victimization and ostracization that are familiar to so many coming-out narratives. Indeed, when Ballas begins spreading rumors that it was Franky who went down on him and not the other way around, it appears as if we’re about to be subjected to another unimaginative portrait of a queer kid ostracized by straight society. But the film, through its depiction of Franky and Ballas’s disparate responses to their unexpected hookup, is intent on delivering a more nuanced understanding of expectations surrounding sexuality.

Franky, so taken aback by how organic his sexual encounter with Ballas felt, exists outside the confines of the categories people attempt to place him in. Even as he reels from the intense feelings that arose in the wake of his first homosexual experience, he finds solace with and eventually begins dating Ballas’s younger sister, Natasha (Taylor Hickson), herself a victim of vicious rumors about her supposed sexual behavior. And the film further expounds upon Franky’s conflicted feelings about his sexuality by surrounding him with an array of characters who land all over the sexual spectrum and bring their own unique struggles to the table.

In Franky’s contentious relationship with his recently out-of-the-closet father, Ray (Kyle MacLachlan), and the teen’s humorous repartee with a trans friend, Mouse (Niamh Wilson), Behrman sets out to mirror and contrast Franky’s sexual awakening with those dear to him. And across such scenarios, Behrman subtly calls attention to the hypocritical attitudes people can exhibit when their preconceptions are challenged by those closest to them. Franky, for one, is completely comfortable discussing Mouse’s sexual yearnings, yet he can’t bring himself to be understanding of his father’s sexuality. The same goes for Ballas, who stands up to a bully, Connor (Evan Marsh), when he picks on a gay teammate, Michael (Carson MacCormac), yet later teams up with him to attack Franky. Behrman understands that homophobia, perhaps even more so among young people, often stems from the anxieties of being forced to face one’s own sexual orientation as it does from any moral or religious convictions.

Giant Little Ones is even more perceptive when it homes in on the ways queer people react to the pressures that come with sexual discovery. It’s in Ballas’s macho posturing, Ray’s patience and tenderness, Mouse’s acerbic wit, and Franky’s perpetual uncertainty. Their unique ways of confronting their sexual predilections is carefully drawn, helping to construct an authentic, multifaceted portrait of youth and sexuality. Ultimately, Franky’s story is more about looking inward than coming out. And in the poetic shot at the end where Behrman depicts the young man gliding along on his bike, smiling as he loses himself in the electronic music pumping from his ear buds, he’s finally found a way to shut out the noise around him and accept the ambiguity and unease of not fully understanding his sexuality just yet.

Review: The Wedding Guest Plays Against Type in More Ways than One