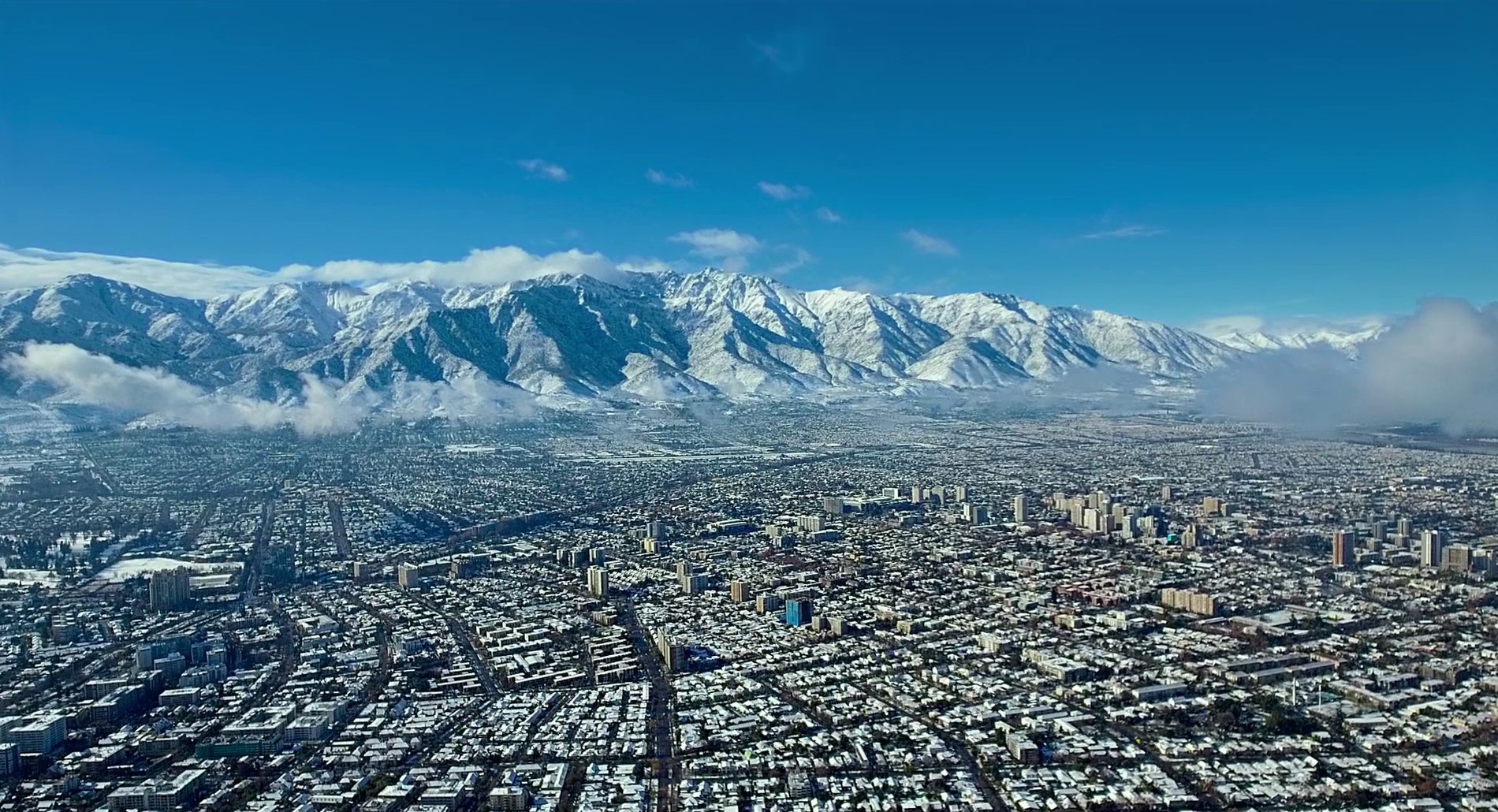 When Patricio Guzmán says “cordillera,” the Spanish word for mountain range, he evokes what lies beyond language. The master documentarian certainly understands the totemic power of the long strip of Andean mountains that runs between Chile and Argentina, effectively severing the former from the rest of the world. But the ruefulness in his voice also gets at something else: that this wall of rock and earth is also a mausoleum.

Guzmán instantly announces The Cordillera of Dreams as a requiem for the displaced and a reckoning for a nation. Atop images of the mountain range’s cloud-dappled peaks, the filmmaker intones, “Crossing the Cordillera is like arriving in a place that is in the faraway past.” Guzmán left his native Chile more than four decades ago, when Augusto Pinochet’s military dictatorship took over the country’s democratically elected government. Across the opening stretch of The Cordillera of Dreams, he doesn’t provide that context, but you’ll instantly feel as if the entire weight of a nation’s history is being carried by the Cordillera.

There’s more than a sense across these and other images that Guzmán, from the moment he left Chile, was sentencing himself to eternal longing. He juxtaposes overhead images of Santiago with vintage maps of the city’s street grid and the immaculate, time-honed crevices of the Cordillera, equating the ravages of time to the vagaries of memory. Yet his feeling of being detached from the country of his birth, though certainly not his mental processes, is also clear from the languor of his speech, words that are constantly entwining the literal in the figurative. At times, The Cordillera of Dreams suggests nothing less than a fugue state.

The film follows Nostalgia for the Light and The Peal Button in contemplating a grand physical signifier of Chile as a metaphor for the soul of a nation. Guzmán tells us as much here, and just when it feels as if The Cordillera of Dreams might be crushed under the weight of that very metaphor, the filmmaker adds a wrinkle to his reverie, looking beyond it. In Nostalgia for the Light, a former prisoner remembers the tools that his makeshift astronomy club built in order to look at the stars, to find release in their glimmer, and in The Cordillera of Dreams, Guzmán looks to imagery itself to wrestle with the very nature of representation.

Realist painter Guillermo Muñoz, a friend of Guzmán’s who also left Chile long ago, is similarly transfixed by the Cordillera, and his frescos of the mountain range adorn Santiago’s metro stations. Muñoz speaks to the multitudinous nature of the Cordillera while Guzmán, in voiceover, remembers that, when a nation was too busy rebuilding itself, he didn’t see the mountain range as revolutionary. He says that Chileans only see the Cordillera when they take the subway, but when he offers up an image of people walking through a metro station without giving Muñoz’s paintings a second thought, you sense that Guzmán is slyly lying to himself, perhaps as a means of mobilizing himself to also create something—like, yes, The Cordillera of Dreams—that can attest to the capacity of a mountain to ignite the political consciousness.

Throughout interviews with writers and sculptors, among others, Guzmán accords to the Cordillera a level of importance that’s nothing short of reverential. And just at the point where it feels you can take no more of his metaphorical heavy lifting, the documentary gives way to an extended survey of the ravages and legacies of Pinochet’s regime, including the doctrine of neoliberalism that’s brought Chile to its knees in the present day. And Guzmán does so in large part through the incredible treasure trove of footage that cameraman Pablo Salas began recording on the ground during the Pinochet era. Given what the images that Salas captured during that time reveal, and what they suggest occurred beyond their frames, it’s no wonder that Guzmán says it was a miracle that his friend was never tortured, or worse.

Among Guzmán’s many triumphs, he has us internalize the power of the Cordillera, so that there comes a point in the film where it becomes impossible to not see it in every aspect of Chilean life. He mostly leaves it to us to draw the links between cobblestone streets drenched in the blood of protestors, works of arts carved from the bowels of the Cordillera, and the exploitation of copper resources. The whims of industrial capitalism become inseparable from the degradation of a country’s people. By the time bestselling author Jorge Baradit trots out his own metaphor, based on the exhumation and return of former Chilean President Salvador Allende’s body, about how things are taken out of one hole and put into another, Guzmán pointedly returns us to the image of the Cordillera, to underline his interviewee’s point about the continuity between a nation’s civil political putschists across time.

The Cordillera of Dreams recognizes history as a latticework of social and cultural processes, and the Cordillera, like the recorded image, as a memory object. For Guzmán, to gaze at it is to comprehend the range of history and the possibility of its distortion. One of the film’s most striking images is a slow zoom into a junkyard car that reveals cracks on its exterior that recall the many fissures of the Cordillera. This is another one of Guzmán’s games of association that draw the eye but also the mind. Here we see the physical history of the car and the mountain but also, somehow, the efforts of all who continue to search for Pinochet’s “disappeared.”

If the documentary leaves us on a razor’s edge between hope and futility, that’s by design. Guzmán knows that the day when those looking for the disappeared are themselves lost to time is an inevitability, and it will be as tragic as the day when there are no more images left to depict the story of that search. But The Cordillera of Dreams advances the belief that, until then, we will be stronger for exhorting ourselves to reflection and atonement.

Review: The Times of Bill Cunningham Undermines a Legend’s Egalitarianism