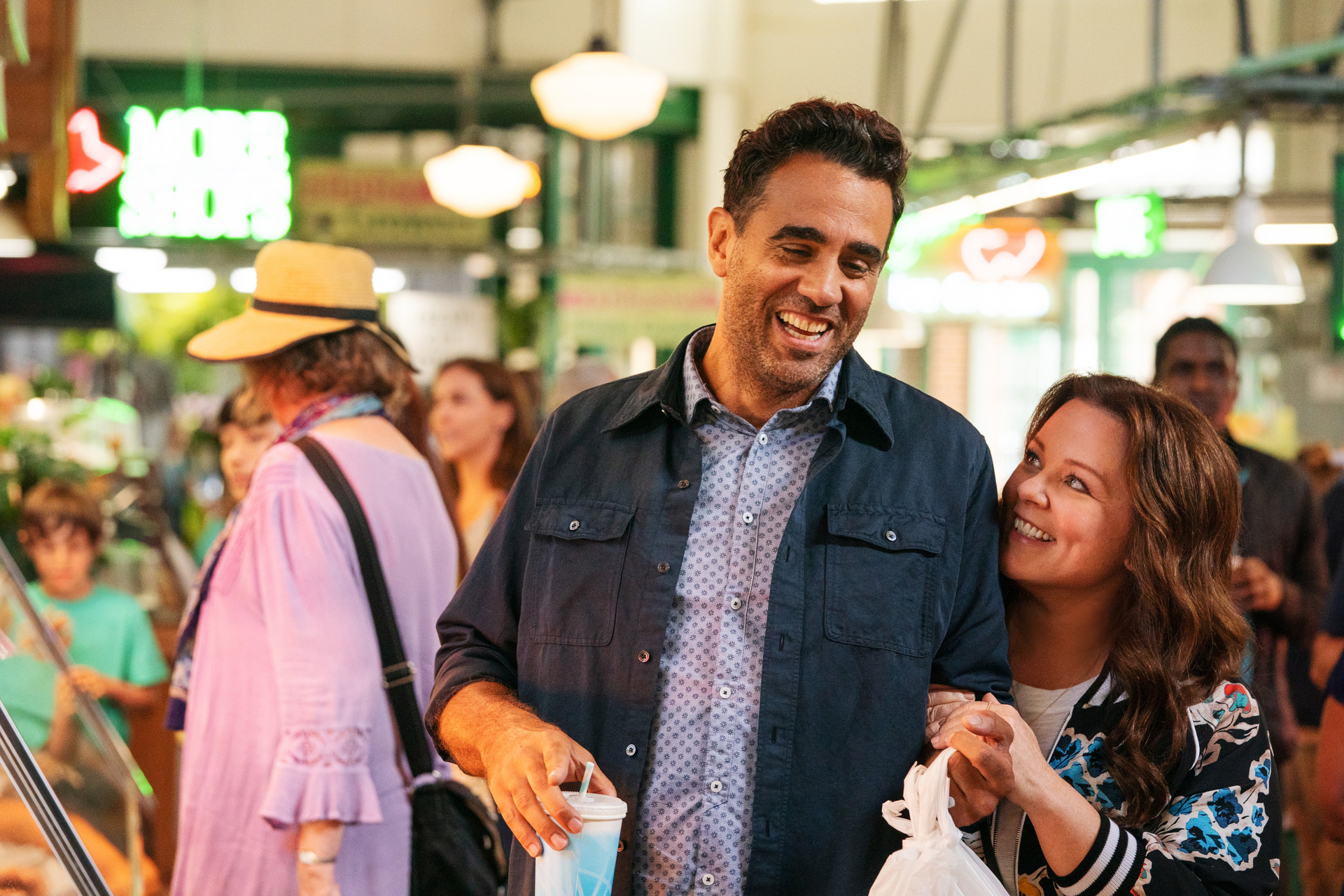 Melissa McCarthy successfully transitioned from television to film playing outcasts who chafe at conventional standards of appearances and manners. The exhilaration of the actress’s performances, especially in Paul Feig comedies like Bridesmaids, The Heat, and Spy, resides in the volcanic force she lends characters who might be reduced in to wallflowers in your run-of-the-mill production. Such visceral comic energy represents a revenge-of-the-oppressed transcendence, as these vehicles find a diminutive, overweight middle-aged woman stealing productions out from under more traditionally sophisticated stars via the profound force of her personality and talent. McCarthy is a veritable superstar-as-everyperson, which is a rare pose for an actor to convincingly master.

The big disappointment, then, of Ben Falcone’s Superintelligence is that McCarthy’s performance is all Jekyll and no Hyde. At first, Carol (McCarthy), a computer programmer who quit her job years ago out of frustration with corporate heartlessness, appears to be the sort of stunted ne’er-do-well that the actress specializes in playing. Superintelligence’s early scenes are its sharpest, parodying how Google- and Apple-type companies attempt to launder the complacency they demand from consumers and employees alike with therapeutic babble about wellness and self, which Carol isn’t able to convincingly sell. After a botched interview for a new dating site amusingly called Badankadonk, the viewer is primed to wait patiently for Carol’s rage to explode in characteristic McCarthy fashion, as a satirical rebuke against the faux-progressive hivemind of our social media age, yet this combustion never occurs.

Superintelligence is less a parody of modern consumerism than a bland gene splice of a rom-com and a 1980s-era film in which a loner befriends either an alien, a robot, or, in this case, a sentient, super-intelligent program voiced—in another amusing touch—by James Corden. Porting a narrative with such a distinctly Cold War-era makeup into the modern day also has satiric potential, for suggesting the similarity between past and present anxieties about technology run amok. And this commonality is acknowledged by the film in exactly one joke, in which the sentient program emulates the computer from John Badham’s WarGames in order to screw with characters who’re all old enough to get the reference.

Falcone and screenwriter Steve Mallory soon skimp on another wellspring for comedy, as the program gifts Carol with wealth and fashionable baubles—the sorts of privileged things that she comes to resent less once she’s capable of attaining them. Such hypocrisy, alive and well in virtually every present-day American, is acknowledged in a few fleeting jokes and soon forgotten, and even the general premise of a super-intelligent program as a kind of modern god-slash-genie is sidelined. Superintelligence is a junkyard of missed opportunities, as the unutilized ideas and gimmicks are revealed to exist as window dressing adorning a simple, frictionless kind of comedy-of-remarriage between Carol and the man who got away, George (Bobby Cannavale), who’s defined only by his sweetness and availability.

Superintelligence is probably intended by Falcone, McCarthy’s husband and regular collaborator, as a conventional star vehicle in which McCarthy plays the sort of wistful lonely heart that was once monopolized by the likes of Meg Ryan and Sandra Bullock. The film’s conventionality is meant to show that McCarthy needn’t always play the tormented weirdo with reserves of inner rage; she can also be a regular lead with regular problems with a regularly good-looking man as her “one and only.” But such generic and insidiously conformist attitudes, though born of reverence, insult and inhibit McCarthy’s talents.

McCarthy was authentically weird, profane, and confident, and therefore sexy, when playing a character who stood up to all those sexist men in Spy, which positioned her opposite of Jason Statham romantically without treating it as a big deal. By contrast, Falcone self-consciously lionizes McCarthy as an avatar of normalized romantic longing, trapping her in the process. The filmmakers here fatally forget that we love Melissa McCarthy because she isn’t a princess.

Review: I’m Your Woman Is an Unresolved Grab at Feminist Revisionism