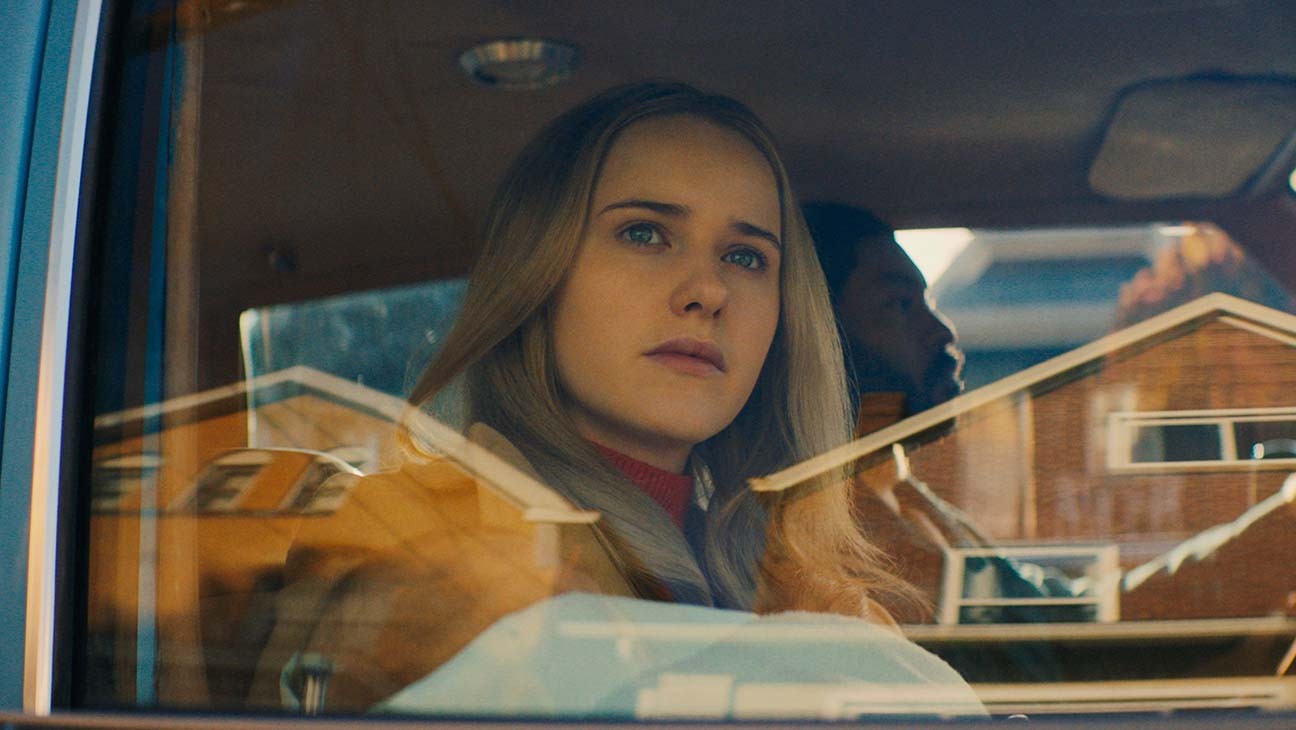 Julia Hart’s I’m Your Woman is, in practice, a feminist response to the decidedly male-centric crime genre. Rather than follow a hoodlum named Eddie (Bill Heck) as he eludes his gangster cohorts, the film tracks Eddie’s wife, Jean (Rachel Brosnahan), and their baby, Harry, as the latter are inducted into an underworld witness protection program. Such a premise has immense potential, especially given that Jean knows little about Eddie’s profession and that anyone could be an enemy looking to get back at him through her and Harry. A head of paranoid steam, resonant of Jean’s indentured status as a “kept” woman, could have been built up by the film, but Hart and co-screenwriter Jordan Horowitz are barely invested in engendering suspense. Instead, I’m Your Woman is content to have us cheer Jean as she comes into her own apart from Eddie’s lies and manipulations—except that she never does, which appears to be an accidentally achieved irony on the filmmakers’ part.

I’m Your Woman is set in the 1970s, in conjunction with the second and third waves of feminism, and more pressingly so that Hart may have reason to offer the retro pop songs and ostentatious set designs that are common of films replicating the era. A strange opening scene, in which Eddie presents the mysteriously acquired Harry to Jean as one might an impulse purchase from a fancy store, establishes above all Jean’s complacency, which would shame a stereotypical American housewife of the 1950s, let alone the ‘70s. Indeed, Jean is so accommodating, defenseless, and opinion-less that she resembles a cult member, and as such you may wonder how she’s held the firebrand Eddie’s attention. As proffered here, these details are stereotypical and unconvincing, existing only as easy thematic signifiers.

None of this might matter if I’m Your Woman were remotely serviceable as a thriller, but it’s composed of a thicket of incoherent exposition, with a cipher at its center. Jean often hears rumors of what’s happening to Eddie while he’s hiding somewhere else, mostly as related by her primary protector, Cal (Arinzé Kene), and these stories suggest the conventional male-centric narrative that’s being consciously elided by Hart and Horowitz. But this gambit backfires, given that the story that Cal relates to Jean, however convoluted, is more exciting than the one we actually see play out on screen. At times, I’m Your Woman appears to be tipping its hat to Alice Doesn’t Live Here Anymore and Gloria—two films, both made by men, that are far more curious about the inner lives of women than this one. Martin Scorsese and John Cassavetes didn’t see their heroines merely as embodiments of an agenda, but also as volatile, intelligent, furious living and breathing human beings.

By contrast, nothing seems to elicit a recognizably human emotion from Jean. Once she’s sprung from life as Eddie’s plus one, Jean remains supernaturally passive—entirely reactive and played by the usually inventive Brosnahan in a monotonal stupor that nulls Hart’s theme of female empowerment. Jean is almost killed several times, and commits murder in self-defense, all without evincing remorse, panic, or jubilation at facing extremities of human existence, which Hart films perfunctorily without offering even scraps of the sort of basic narrative context that might’ve made these sequences thrilling. In other words, Hart drains the crime film genre of its macho bluster without replacing it with anything, only to restore said bluster belatedly and halfheartedly once she’s run her single idea into the ground.