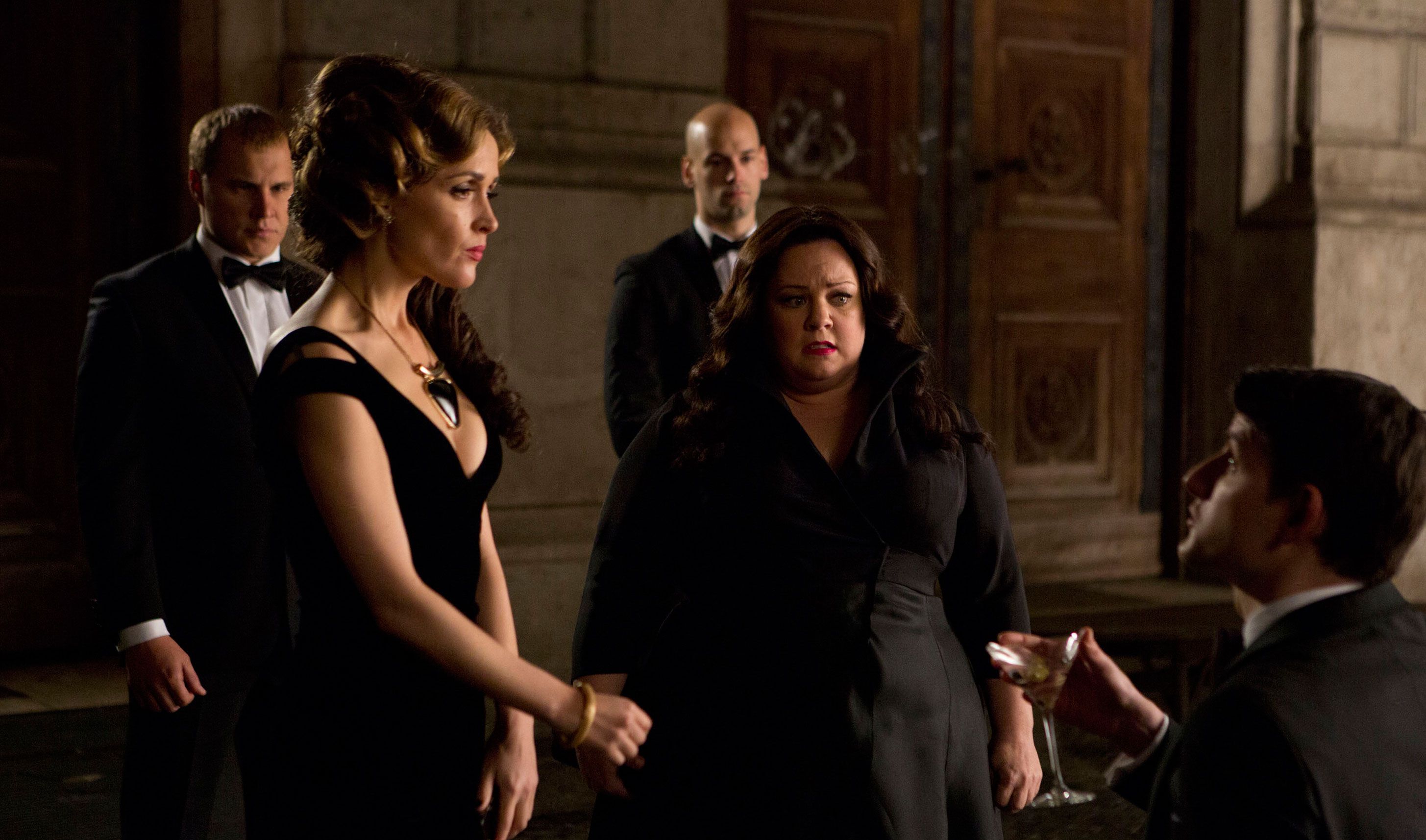 If every film has a signature verisimilitude, Spy’s is nowhere more apparent than in Jason Statham’s refreshing for-laughs performance. The British star isn’t exactly cast against type as a preternaturally pissed-off meathead, spouting lines that are uniformly infused with a seen-it-all braggadocio (“I’ve swirled enough microchips to shit a fuckin’ computer!”). But as Rick Ford, a foil to Melissa McCarthy’s sheepish C.I.A. analyst Susan Cooper, he deliriously demonstrates the self-skewering nature of Paul Feig’s new comedy—because who among us, the film asks, wouldn’t let the thrill of an espionage job go straight to their head?

Feig’s film considers the long-stale dynamic of unrequited love played for laughs whenever James Bond and his secretary, Moneypenny, shared screen real estate. The source of Cooper’s workplace frustrations is also the love of her life, super-agent Bradley Fine (Jude Law), a pretty face given to bumble in the field without Cooper’s shrewd advice buzzing through his earpiece. Cooper and her best friend, Nancy (Miranda Hart), complain bitterly about younger, hotter, more successful agents, but when Fine is killed on a secret mission, the long-suffering Cooper positions herself to be sent on a subsequent reconnaissance job. Cooper’s persona is sweet in essence, and she discovers in herself an impossible brassiness after being entrusted by the agency’s director (Allison Janney) with some of the jet-setting work for which she’s spent her career helping other men take all the credit.

Cooper is given a string of decidedly unsexy false identities—a cat lady, a divorced mother on vacation—that bespeak her co-workers’ low estimations of her and makes the most of them regardless, slobbered over by a sleazy handler named Aldo (Peter Serafinowicz) whose horn-dog interest in her is one of the film’s many hilarious mixed blessings from her new, double life. Owing as much to her own keen insight as to dumb luck and slapstick coincidence, Cooper befriends Fine’s murderer, a well-heeled arms dealer named Rayna Boyanov (Rose Byrne, outfitted in a gaudy vertical-beehive hairpiece). As Spy hopscotches from one cinematically exhausted European locale to the next, as confident in its blind-alley gags as it is gently cajoling in their execution, Byrne oscillates her character’s behavior between ice-cold bitchiness and utter cluelessness, while Statham’s agent comes on strong only to reveal nothing but macho vacuousness beneath.

But it’s the sustained, full-bodied mania of McCarthy’s performance—jokes deriving more from how she comes across than from how she looks—that anchors the film’s many winning jokes. Beyond Feig’s smarter-than-usual modulations of form, there’s nothing innovative (or especially topical) to the film’s sending up of secret-agency culture, which gives Spy a toothlessness despite its satirical packing; the roles of spy and arms trafficker are as artificial within the movie as they are within the overarching summer-blockbuster milieu. If the performers seem to be having a blast, their brio also holds the film back, content as it is to be the most entertaining genre spoof since Michel Hazavanicus’s first OSS 117 comedy—and a long-overdue, soft-f feminist corrective. Sometimes, though, that’s enough. The third act’s dizzying, high-octane finish is an actualization not only for Cooper and Nancy, who finds herself giddy with delight, after so many years sitting behind a desk, at brandishing a gun for the first time and shooting one of the villains, but for the audience as well.