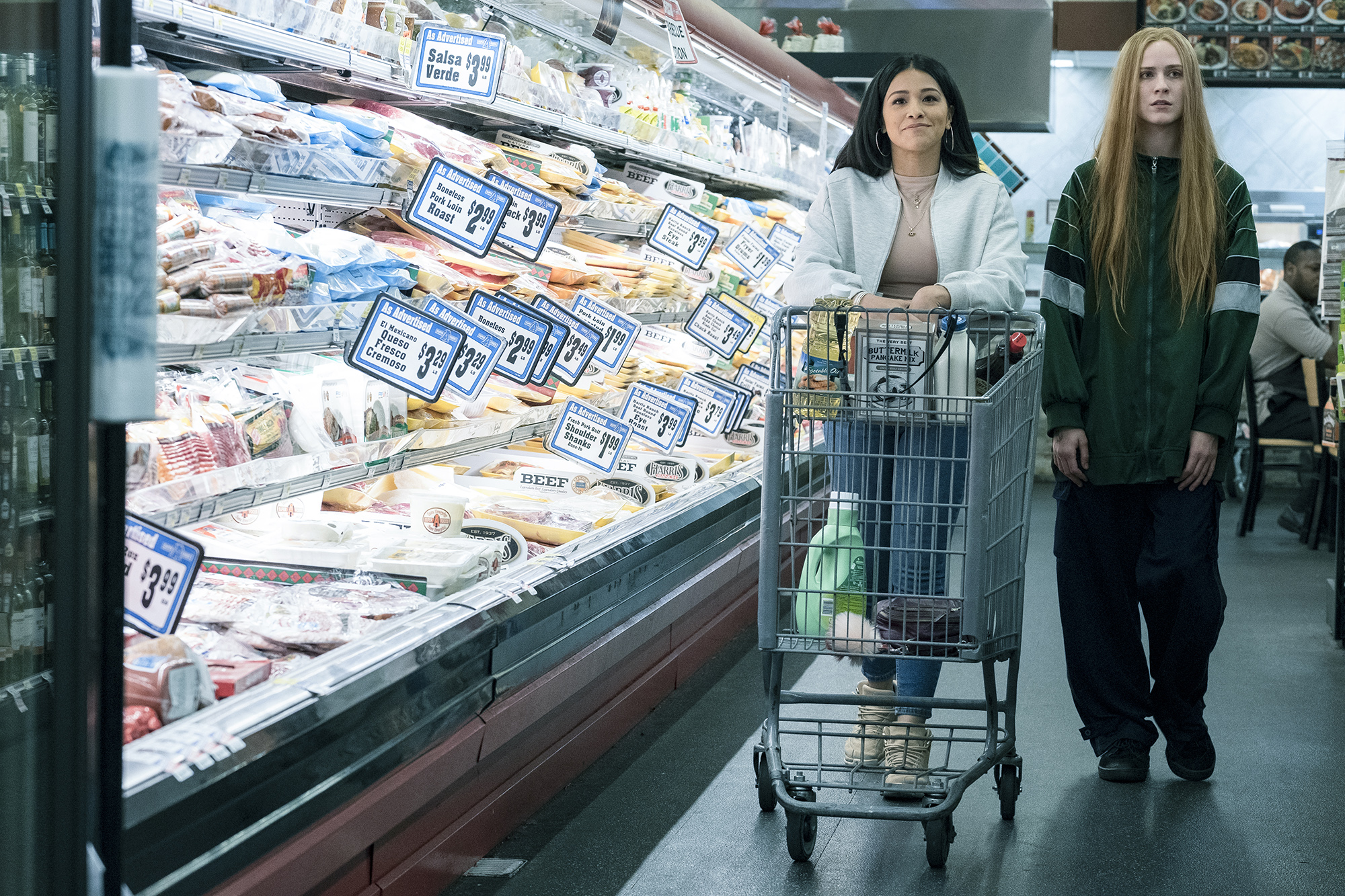 Early in Kajillionaire, the third feature by Miranda July, a building manager explains that “I have no filters!” as he tearfully confronts the cash-strapped protagonists to ask for the rent that they owe. This line works as both a mea culpa and a defiant declaration from July herself. The willfully naïve sincerity of her work has as many detractors as devoted fans, and her choice to give such quirky emotional openness to an incidental character like this is unlikely to change anyone’s mind. However, July’s latest effort also shows potential elsewhere to convince a few of her more world-weary cynics, who might have previously seen cloying self-consciousness where others see a broad humanist perspective.

Kajillionaire is notably more driven by narrative than July’s previous two films, Me and You and Everyone We Know and The Future, which were mostly content to observe slices of life, searching for transcendence in the everyday. Here, a more contrived story concerns a dysfunctional family composed of disheveled, small-time grifters Robert (Richard Jenkins), Theresa (Debra Winger), and their introverted daughter, Old Dolio (Evan Rachel Wood), who see their fortunes change slightly when they encounter worldly and assertive Melanie (Gina Rodriguez). The thirtysomething Melanie finds herself drawn to their criminal lifestyle, as laughably low-key as it might be, and helps them with a new set of scams.

Although its crime-caper structure is worn extremely lightly, Kajillionaire represents July’s first real flirtation with genre, and it’s also the first occasion that she hasn’t given herself a leading role. The multi-hyphenate artist has explored a multitude of perspectives and personalities throughout all her work, but this feels like the first time, at least in her films, that we’re seeing characters who aren’t projections of some aspect of her psyche.

This new focus succeeds in putting her considerable storytelling talents on display more clearly than ever before. Instead of blowing up mundane quandaries to an existential scale, July shows us people who are doing their best to maintain the unconventional daily grind they’ve found themselves on. We’re only given glimpses of their internal conflicts, and they’re all the more relatable for it. And while it would perhaps be a stretch to say that the clan’s comical grifting has any real-world political relevance, they do seem to be a reflection of their times, particularly in repeated scenes of them going to absurd lengths to avoid the aforementioned building manager’s demands for rent.

Indeed, the financial precarity and itinerant lifestyle of the central figures in Kajillionaire can be seen as a logical next step in July’s filmmaking trajectory, from neurotic suburban eccentricity and confused sexual awakenings (Me and You and Everyone We Know), through urban millennial angst and impending mortality (The Future). There’s a sense of real-world responsibilities and necessities progressively encroaching on innocence and insularity, and the conflict between these two poles also proves to be the emotional core of Kajillionaire.

Childhood, and particularly immature sexuality, has always been a key theme of July’s work. Here, she adopts an interesting alternative perspective, imagining a character who was denied this whole phase of their life. Old Dolio was part of Richard and Theresa’s money-making schemes since before she was even born (one of the film’s best throwaway gags reveals that she was named after a homeless man who won the lottery, in exchange for an inheritance that never materialized). She received none of the traditional trappings of parental affection, being treated more like a respected accomplice and business partner than a beloved child.

Wood’s hilarious, affecting performance convincingly sells this slightly on-the-nose premise. She depicts a woman with a niche set of skills and a shaky sense of pride in her independence, who has nevertheless struggled to break free from her parents after almost 27 years, and whose repressed emotions are peeking through the surface at almost every moment. When Old Dolio reluctantly redeems a gift voucher for a massage, following an unsuccessful effort to claim its cash value, there’s a memorable shot of her face seen through the hole in a massage table, as this rare instance of physical contact causes a single tear to fall from her eye. Here, July’s underrated visual sense serves to bring us closer to a character, in contrast to the distancing effect of her more Michel Gondry-esque flights of fancy (such as the nightly stream of pink foam that comes through the wall of the office space where the family crashes).

Toward the end of the film, there’s some more unintentional provocation to the haters, when Melanie points out that “most happiness comes from dumb things”, in a more plainspoken version of the soul-searching aphorisms that usually pepper July’s dialogue. It also reflects the atypically conventional way that she concludes Kajillionaire, as Old Dolio finally opens up to a cathartic, hard-won moment of intimacy with another person. Whether you can allow yourself a similar embrace of July’s indigo child honesty is still a matter of personal taste. But, almost two decades on from the heyday of the early-2000s whimsical bohemia that she epitomized, her latest at least functions as a nostalgic reminder of a time when a lot of us could.