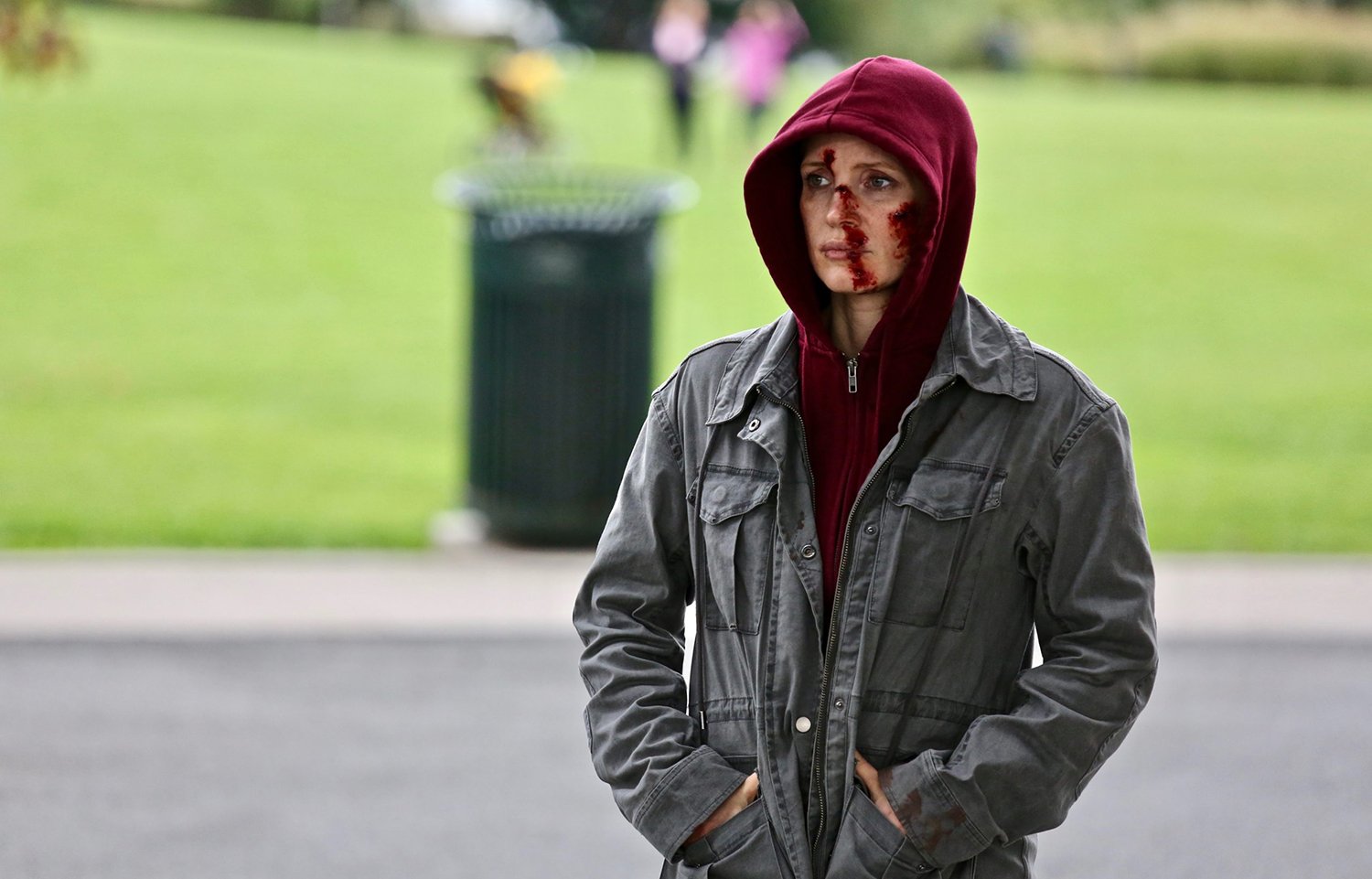 Action thrillers don’t get much more generic than Tate Taylor’s Ava, which tells of a veteran assassin being hunted down by the shadowy organization that employs her. If there’s a twist here, it’s that Ava (Jessica Chastain) is a recovering alcoholic trying to mend her family relationships while fending off attackers after she becomes too careless in the field. But even this thread of family drama is as uninspiring as the film’s thriller trappings. Because Ava never bothers to articulate how its eponymous character’s secret professional life affects her personal life, and vice versa, or even the emotional and psychological toll that such a delicate balancing act must take on her, it’s difficult not to see Ava’s alcoholism as a superficial affectation, a transparent means of making her seem “complicated” as a character.

Ava’s interactions with her mother, Bobbi (Geena Davis), and sister, Judy (Jess Weixler), are marked by a sassy repartee that feels inconsistent with the film’s otherwise gritty atmosphere, though the relaxed nature of these moments gives the impression that Taylor is more at ease handling this aspect of the narrative. A music-free and exhausting fight scene between Ava’s handler, Duke (John Malkovich), and their superior, Simon (Colin Farrell), where the sound is amplified to emphasize the brutal physicality of every punching, bone-crunching hit, would make for mesmerizing cinema if not for the fact that the film’s action sequences are borderline incomprehensible, all frenetic camera movement and erratic editing.

Chastain, at least, proves to be a compelling presence, as she admirably tries to elevate the flimsy, one-note material—most notably in later scenes where her subtle expressions convey Ava’s failing attempts to fight back the emotions that are getting the better of her projected stoicism. But the performance isn’t worthy of the film, which is likely to leave audiences wondering how it even managed to attract so much A-level talent. For Ava isn’t only banal, but also, in its half-hearted stabs at novel ideas, seemingly content with its banality.

Review: Time Is an Oblique Look at Black Lives Undone by the Prison System