Wayne Wang’s caustic The Center of the World perplexed audiences in 2001 with its picture of a squirrelly dotcom zombie (Peter Sarsgaard, giving his best performance) who’s so acclimated to the instant gratification of the Internet that he is hazardously impotent when it comes to achieving real gratification away from it. That film’s co-author, Miranda July, applies a sunnier if more ephemeral touch in her assuredly winsome debut as actress, writer, and director, fresh from award triumphs at Sundance and Cannes. Bathed in pale yellow, scored to shopping mall music, and occupied by a few too many kids, Me and You and Everyone We Know can be deceptively cute, but July is hardly a pandering optimist. As in the Wang movie, her focus is on people’s deformed longing for human connection, yet her technique consists more of quirky character vignettes, NPR doublespeak (“Email wouldn’t even exist if it weren’t for AIDS” is, you could say, pure Miranda July), and ostensibly banal found artifacts: a fast food wrapper mistaken for artwork, a novelty nightgown, a bird painting scribbled with crayon, a coffee mug adorned with the words “I’ve got Cat-itude!” The central awkward courtship, between loopy cab driver Christine (played by July) and self-immolating shoe salesman Richard (John Hawkes, known affectionately to HBO subscribers as Sol Star), is fascinating if only for how their respective social retardation seems to equalize as their acquaintanceship progresses. Negotiation of the sexual maze, however, July leaves to the little ones—one thread in her suburban latticework involves a 14-year-old boy submitting to a fellatio faceoff from a pair of 16-year-old girls; another telegraphs a yearning six-year-old’s scatological chatroom banter which, predictably, arouses the fingers on the other end of the computer. In the hands of a director without a point, these moments might feel vile, but July’s plainspoken sense of humor and melancholia sets the absence of intimacy among youngsters as foundation for the struggle to experience (or even desire) intimacy among adults. Multimedia artist at heart, and generous almost to a fault, July is continually folding the audience into her diagram, punctuating untold scenes with question marks. When someone states, “Soup won’t be computerized,” July makes sure someone else is there to ask, “Why not?” before she cuts away. In a magical late scene, her persona even precedes her. Anticipating Christine’s first visit to his apartment, Richard races from room to room hurriedly cleaning up the mess, but then stops in his tracks, smiling. He realizes that Christine—and so, too, we realize, the filmmaker—prefers a bit of clutter.

Fire of Love Review: A Dreamy Portrait of the Life and Work of a Volcanologist Couple 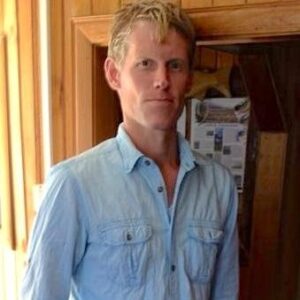 Joe McGovern is a freelance writer and editor. His work has also appeared in Entertainment Weekly, The Village Voice, Premiere, and Matinee Magazine.