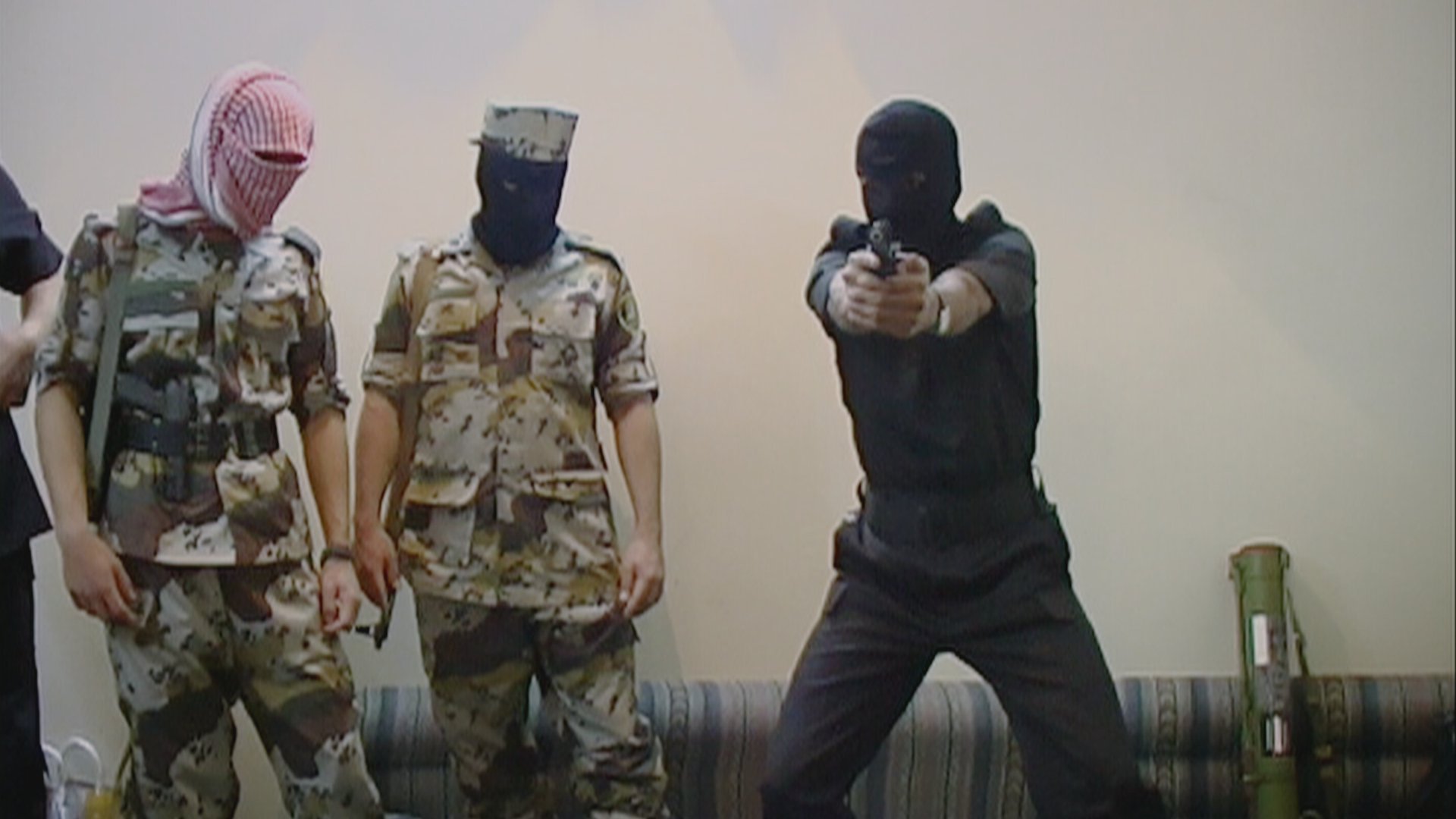 Much of Jonathan Hacker’s Path of Blood consists of home videos taken by Al Qaeda operatives. These videos, shot between 2003 and 2005, capture the Islamist radicals goofing around, laughing, relaxing, and generally having the time of their lives—all while preparing for brutal attacks on civilian targets in Saudi Arabia. The film’s opening scene sees a young jihadi taping his video will, which is meant to be a somber documentation of the passion of the foot soldiers in Osama bin Laden’s army. But Hacker shows us the outtakes in which the jihadi keeps cracking up, making jokes, and staring blank-facedly at his interviewer when asked even the simplest questions about Islam and martyrdom. The film in effect positions such young jihadis less as fervid, bloodthirsty psychopaths and more as dumb kids at summer camp.

When it’s mining the chilling contrast between the frivolousness of the terrorists and the brutality of their crimes, Path of Blood plays like an unsettling pitch-black comedy, not unlike Four Lions. But Hacker isn’t all that interested in probing this fascinating disconnect. Instead, he indulges in cheap fear-mongering tactics, such as laying a portentous EDM soundtrack over Al Qaeda propaganda videos and punctuating grandiose declarations, like “I bring you slaughter,” with squealing sonic wails and ominous cuts to black. In doing so, the filmmaker misses a chance to examine the forces that drive young Islamist radicals to commit such heinous acts, positioning them instead as cardboard-cutout baddies in a grim, Zero Dark Thirty-style espionage drama starring Saudi security forces in place of C.I.A. agents.

Al Qaeda, it turns out, isn’t the only source of footage for Path of Blood, as the Saudi government has also helpfully supplied Hacker with its own videos of raids, investigations, and strategy meetings, which the filmmaker uses uncritically to build a white-hats-versus-black-hats narrative of determined government officials doggedly battling violent extremists. But given Saudi Arabia’s well-known role in funding jihadists—including sects of Al Qaeda—and promoting its fundamentalist Wahhabi ideology across the globe, it’s hard not to view the film as a means for Saudi Arabia to obscure its complicity in the rise of Islamist terrorism. Hacker doesn’t seem to realize it, but the “path of blood” of his film’s title leads straight to the House of Saud’s door.

Watch the Teaser Trailer for Yorgos Lanthimos’s The Favourite