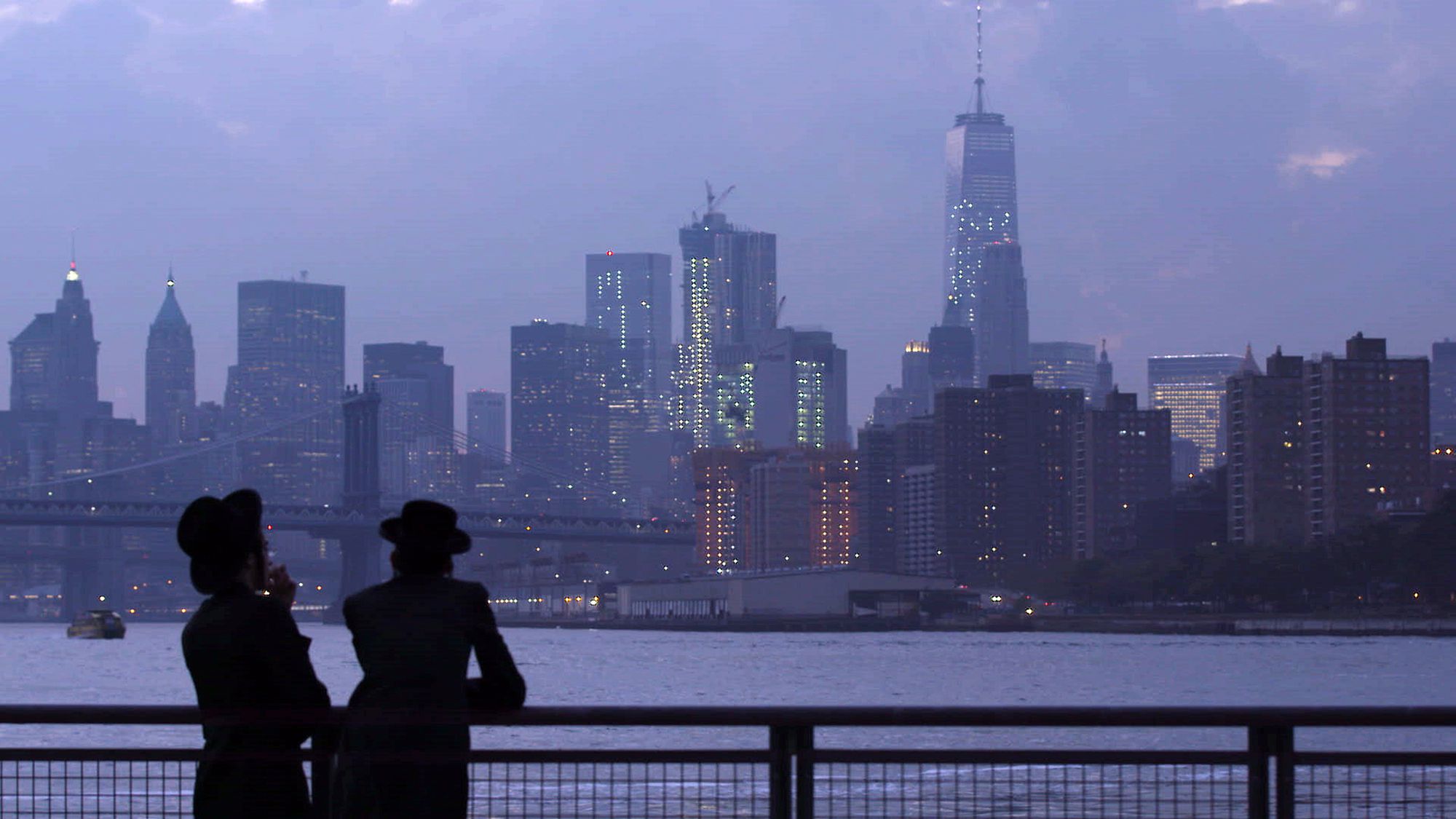 Heidi Ewing and Rachel Grady’s One of Us is set in the margins of the ultra-Orthodox Jewish communities of Borough Park and Williamsburg. Its camera peeks around corners and glimpses through blinds—and for a while, any views of the film’s three subjects are either obstructed, hazy, or fragmented. This aesthetic mirrors the difficulties they’ve faced in attempting to leave or even merely critique their community, but despite its oblique and often gauzy compositions, One of Us is incisive in its condemnation of the oppression innate in the social structure of Brooklyn’s Hasidic communities.

The documentary’s introductory text frames the “highly insular” nature of this society, with its high birthrate and independently operated ambulance and police forces, as a reaction to the near-decimation of ultra-Orthodox Jews during the Holocaust. Ewing and Grady, who previously presented an unvarnished view of extreme Christianity in Jesus Camp, don’t dismiss this historical trauma, but they quickly challenge the culture of violence and silence that keeps many Hasidim isolated and privately anguished. One of Us begins with a recording of a 911 call made by Etty, a thirtysomething mother of seven and a victim of spousal abuse. As she begins to speak out about the violence and forced sex in her marriage, her husband’s family takes horrifying measures to silence her. “The whole neighborhood knows,” she says, speaking of men outside her apartment wielding hammers to intimidate her. The film often returns to exterior shots of groups of men in full Orthodox garb, seemingly ready to swarm at a perceived threat to their neighborhood.

It’s notable that the two men who the filmmakers followed over the course of the documentary’s three-year production don’t face as much intimidation as Etty, whose attempts to break with the community are tumultuous and occasionally violent. Ari, a questioning teenager and victim of rape at an Orthodox summer camp, is first seen snipping off his sidelocks. Though he continues to wear a yarmulke, he seems keen to present himself as a rebel, chain-smoking and defiantly surfing the internet in a public park, drawing the attention and protestation of local elders. (Orthodox communities largely forbid the internet, and have their own limited libraries.) Most of Ari’s struggles, including drug abuse, transpire off screen, as do the more existential difficulties faced by Luzer, an actor in his late 20s who’s abandoned his wife and family, having moved across the country to Los Angeles in order to embrace a more liberal and liberated culture.

With delicacy, One of Us guides us through the lives of its three major figures, and the filmmakers are clear-eyed in their awareness that even Luzer’s ostensibly clean break from Hasidism leaves space for doubts and wounds to fester. Though he spends some of the documentary as far away as Florida, Ari is often seen hovering on the boundaries of his former neighborhood, entering into touchy dialogues with elders. Etty’s journey is more tortured, both emotionally and physically, following the halting trajectory of many stories about domestic abuse; her scenes are especially poignant, full of surveillance angles that dramatize how her narrative has become an inflection point in the community. She’s not escaping an abusive husband, but an entire culture that abets and isn’t reluctant to take part in that abuse.

Etty’s story is especially resonant in a moment where the masculine power systems that control so much of society are undergoing much-delayed and much-deserved scrutiny. As such, the film’s foreboding and solemnity is apt, but it does preclude Ewing and Grady from conveying a sense of how their subjects relate to the sprawling city they seek to enter. Ari, who marvels at his first brush with Wikipedia, discusses how his Orthodox education left him unprepared to get by in secular culture, but it’s unclear how or why. A few scenes of Etty on a crowded subway platform are the extent of the film’s efforts to articulate how these survivors integrate with the outside world. If this aspect of the documentary is sketchy and incomplete, though, so are its characters’ efforts to recover from their traumatic upbringings, and One of Us does capture the discordant nature of Brooklyn’s ultra-Orthodox culture, a den of oppression in one of the world’s largest cities.