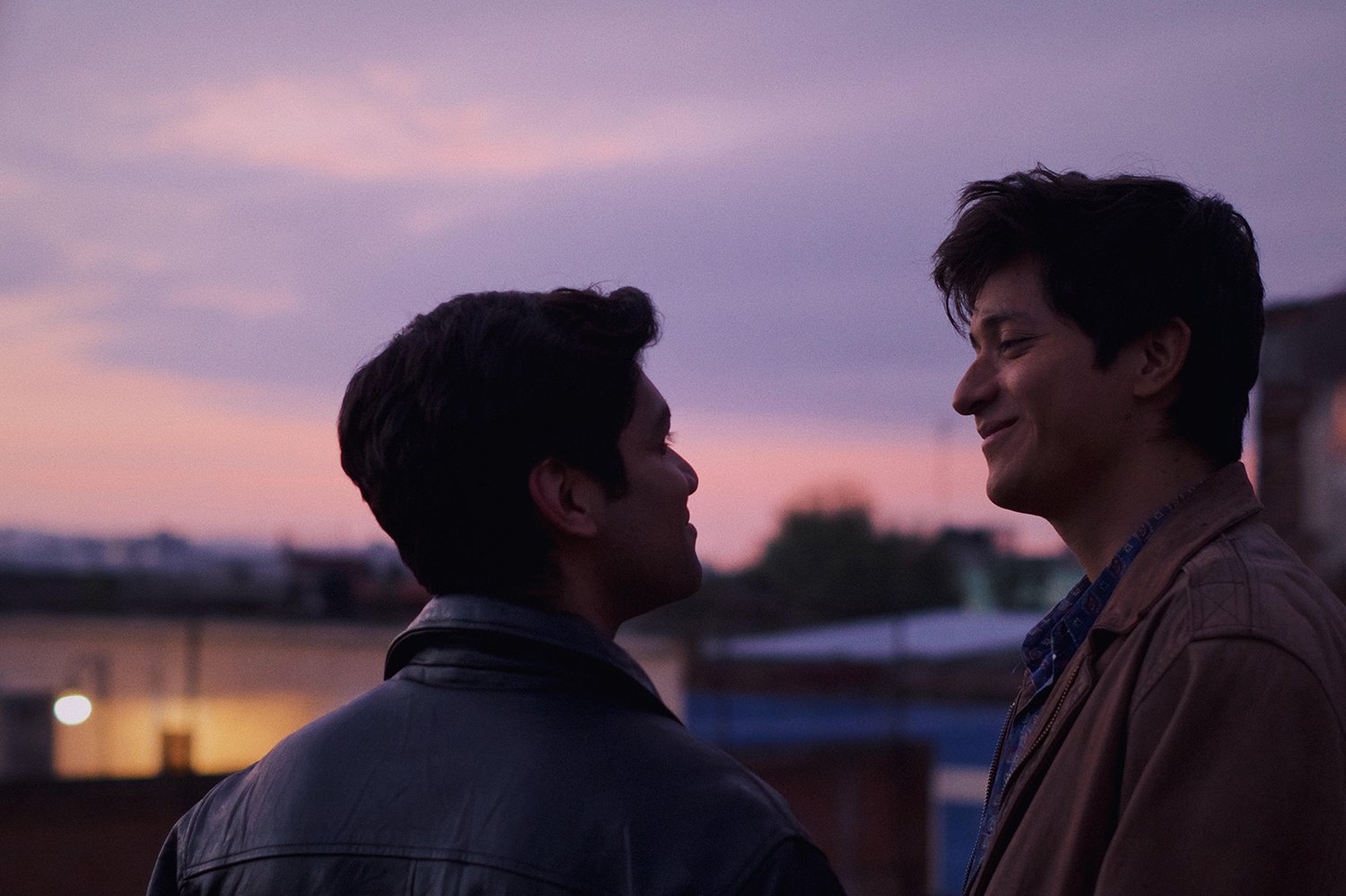 Across I Carry You with Me, director and co-screenwriter Heidi Ewing devotes herself to championing a cause above all else. Which is to say, she doesn’t attest to a belief in cinema as art of nuance and ambiguity. Hers is a kind of pedagogical, if not exactly activist, filmmaking style that’s not without its commendable intentions or political urgency, but it ends up feeling like a one-dimensional PSA. Ewing’s tale of immigration and deportation afflicting the lives of a Mexican gay couple flashes its reason for being at every turn, robbing the spectator of the experience of doubt—of wandering and of wonder.

In their native Mexico, Iván (Armando Espitia) and Gerardo’s (Christian Vazquez) romantic relationship is under the constant threat of the surveilling, homophobic gaze of others—strangers or relatives who seem to always be about to catch them red-handed. Their world is divided into those who know that they’re gay and those who don’t. Iván in particular is still stuck in the paranoid position of the queer child whose gender-nonconforming pleasures can only be experienced clandestinely, plagued by the anxiety that his father will come home too soon. It’s a state of being that’s obviously too asphyxiating for the aspiring chef, which leads him to migrate illegally to the United States, even if it means leaving Gerardo behind, in the hopes that the American dream will bring him financial and emotional peace.

The irony is that once he makes it to America after a harrowing journey alongside his childhood best friend, Sandra (Michelle Rodríguez), his life there, too, is caught between those who know and those who don’t—in this case, that he’s an illegal immigrant. It’s a clever concept in theory, but instead of allowing for the specificity of her characters’ predicaments to seep into the story—surreptitiously, poetically—Ewing is committed above all else to sentimentalizing Iván and Gerardo’s separation. As a result, I Carry You with Me is reduced to a topical film that asks the audience for one thing and one thing only: a sort of empathy toward illegal immigrants that they surely already had from the start.

Less certain is the form that Ewing has chosen to tell her story, as I Carry You with Me adopts a documentary realist approach in its final third, revealing that everything up to this point as a fictionalized tribute to the immigrant story of two of her close friends, an acclaimed New York City chef and his partner. During this stretch, the film employs a shakier camera in an attempt to embody the raw urgency of the subject matter. This is in sharp contrast to the scenes set back in Puebla that follow a rather traditional and unobtrusive aesthetic paradigm, with the filmmaker going through events in an overtly pragmatic fashion instead of allowing affect to simmer. The camera never quite lingers to observe a space or a character’s face, which is a rather defeating proposition for a film so hellbent on humanizing a cause.

Perhaps inevitably, this approach reduces Iván and Gerardo’s life in Mexico to the tropes to queer victimhood: the sissy boy whose father catches him wearing make-up and teaches him a lesson so he can become a “real man,” the gay couple who’s attacked by rowdy straight men on an empty street. Iván and Gerardo are flattened into spokespeople for a preconceived idea that’s imposed on us instead of richly developed—that is, whether the most suffocating closet is the one where you live in the shadows as an illegal immigrant or as queer person afraid of being outed. By the time Ewing changes aesthetic course in the end, the rawness of the filmic style feels contrived and unearned, unable to retroactively grant lifeblood into archetypes.

Review: Hopper/Welles Is an Electric Clash of Titans Over Cinema and Mythmaking