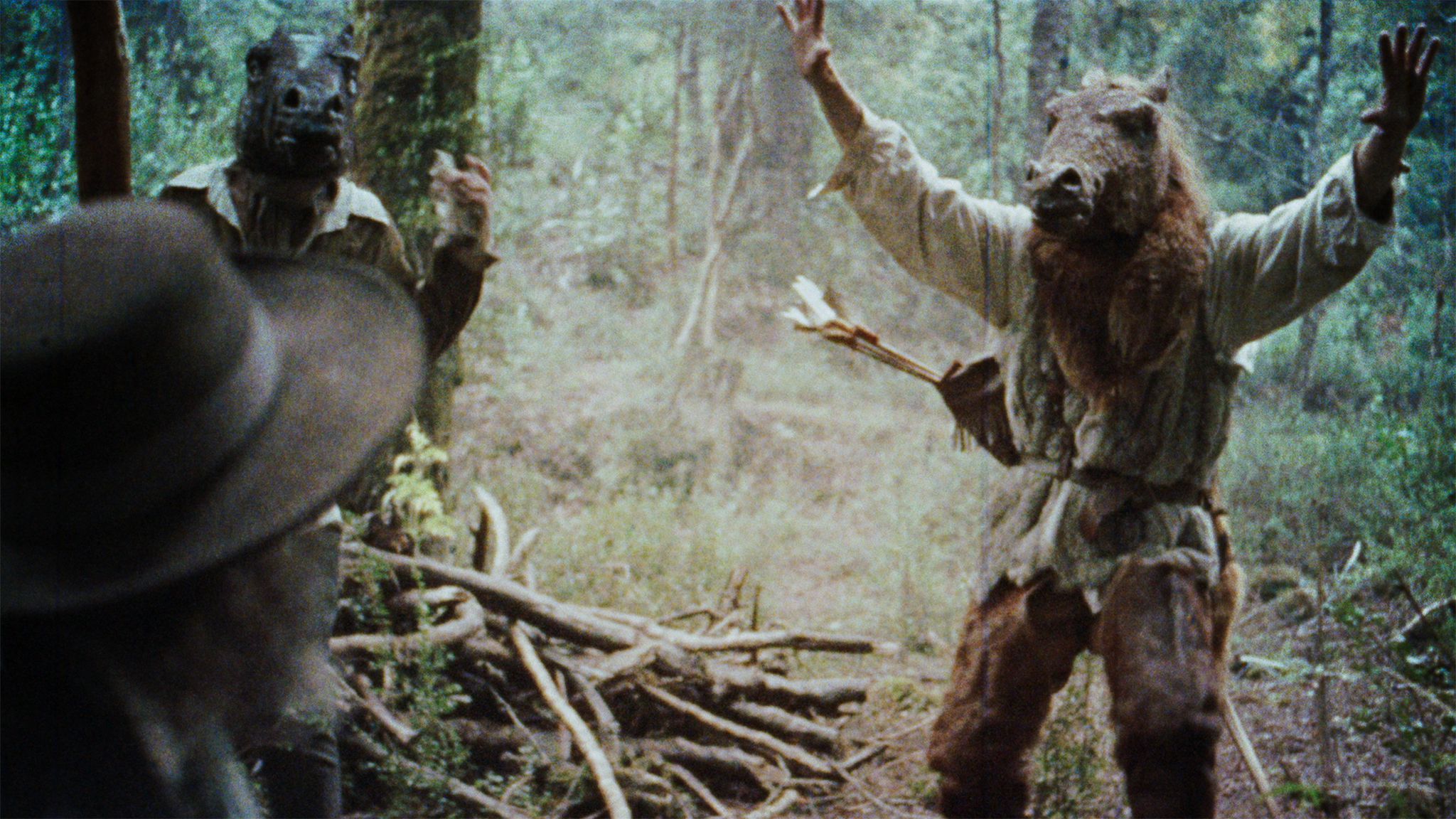 The Olhar de Cinema film festival, which has taken place since 2012 in Curitiba, Brazil, takes its name from the Portuguese word that means “to watch.” It’s practically a motto. The festival consists of two venues in two different shopping malls that are less than one block apart from each other. As such, directors, organizers, programmers, critics, and audiences from all over the world are constantly crossing paths, sparking conversations about the programmed films and the world of cinema at large. Like Locarno, this is a festival that doesn’t aim at the stars or glamour, and so the air around the venues is often filled with lively conversations—in Portuguese, English, and Spanish—about filmmakers who are destined for great futures.

Winner of a special mention at this year’s festival, Niles Atallah’s Rey is one of the most visually disruptive and inventive Chilean films in recent memory. It tells the story of Orélie Antoine de Tounens, the French lawyer who may or not have been elected by thousands of Mapuche—indigenous inhabitants of south-central Chile and southwestern Argentina—as the king of Araucanía and Patagonia in the late 1870s. Some say he proclaimed himself king. This much is known: The real-life de Tounens was called insane, and was ultimately sent to an asylum before then being deported to France.

Here, the stress that de Tounens (played by Rodrigo Lisboa) is under from having his sanity questioned physically manifests itself in the film’s images, which feel almost assaulted by the influence of Stan Brakhage, Bill Morrison, and Michael Snow. This is especially true toward the end, where Atallah abandons any kind of conventional plot and approximates de Tounens’s headspace through the tinting, crumpling, and scratching effects that take over the film’s frames. (Another film at the festival, John Torres’s People Power bombshell: The Diary of Vietnam Rose, a recreation of an unfinished 1980s film by Celso Ad Castillo, also brought to mind Morrison’s cinema, though Torres’s effects are less illuminating, as his desire to stress the physicality of his image often distracts him from exploring the relationship between a troubled actress and production and the fate of the Philippines.)

Manuel Abramovich’s Soldado is almost conventional by comparison. The documentary concerns a young man, Juan Jose Gonzalez, who voluntarily joins the army, because he needs a job and wants to make his mother happy. It abounds in geometric compositions whose precision, like the details in the haircut, eyes, and skin of the young men in the army, is marvelous to behold on the big screen. Close-ups and master shots—the only two sorts of shots in the film—tell the story of Juan and his platoon members, who all happen to be a part of a military band, as they rehearse for a ceremony.

Throughout the film, Juan discovers his passion for drumming, is assigned turns, goes to the nurse because he’s feeling sick, is taught how to play the bombo, and travels to his family house on the countryside. The shooting and editing of these events is canny and creative: Every subject is made readily available to us, and along the way a larger point about the uselessness of the army in the world of today, or at least the army in a country like Argentina, rises to the surface. The film concerns the inane nature of the things a young cadet is taught and the orders he’s given, and how little there is for people like him to do in his country. In the end, the emptiness of the film’s shots often speaks to a people’s struggle to define their individual identity.

The New Views program, according to the festival catalogue, “is composed of films that have a greater radicality in their aesthetic proposals,” and the winner in that category couldn’t be more fitting to that statement proposal. Kevin Jerome Everson’s Tonsler Park commences with its most fleeting shots: of the flag of the United States fluttering in the sky, and the back of the head of a woman as she repeats an oath to preserve the nature of the elections that she will supervise during that day. It’s November 8, 2016 in Charlottesville, Virginia, and what follows are a series of long shots of faces and bodies, most of them of black people, being attentive and responsive to the duties that the government asks of them: giving out information, pointing in the direction of voting booths, giving instructions as to where ballots should be scanned, checking IDs, and so forth.

Tonsler Park, shot in 16mm black and white, makes entrancing a fundamentally unexciting bureaucratic process. Everson, in homing in on, for example, the moments of laughter that that the workers at the voting precincts share while squeezing in between the people that come to ask them for help, is trying to remind us of the pleasure we should take in being part of the election process. It wasn’t that long ago that blacks were not allowed to vote in the U.S., and the gentle humanism of the film is a slap in the face to those who work today to disenfranchise the people who in this film are revealed to be most devoted to furthering democracy.

A documentary more explicitly about oppression, My Body Is Political concerns the transphobia that Brazil’s transgender population grapples with on a daily basis. Director Alice Riff observers the struggle of transgender men and women to find safe spaces to live out their desires and express their creativities, and is at once frustrated by how a patriarchal society thwarts the empowerment that her subjects’ work so hard to summon and hopeful that their desire to simply be happy will one day change a nation’s soul.

Dane Komljen’s earnest and intelligent All the Cities of the North is an account of the love and sorrow that lives, along with two men, in an abandoned Yugoslavian apartment complex. The space is their personal shelter from the outside world, and the start of the film mostly concerns the means by which the men, who don’t speak to each other, ensure their peaceful livelihood. Voiceovers concerning, among other things, the building of the International Trade Fair held in Lagos, Nigeria by a prominent Yugoslav construction company make explicit, without being didactic, Komljen’s fixation on the nature of history’s changing tides, grief, and companionship. The men of the film could be lovers, or the affection they share could simply be a show of brotherhood. Indeed, in the contrast between the film’s cold exteriors and the warmth of the private life these men share out of necessity, Komljen vividly captures the feeling of a world lost to memory.

Described as “the best comedy of the festival” by programmer Aaron Cutler during his introduction, Lu Zhang’s A Quiet Dream is notable for its intelligent character relations and perfect balance of raw emotion with humor. At its center are three bumbling street dwellers who fight with each other as they speak about the most inane things, while also pining for the affection of an immigrant Chinese woman who’s put up a bar outside the building that she’s renting from one of the three. Perhaps the most curious and interesting thing about the film is that three men are played by actor-directors who’ve also played similar (or even the same) characters in films that they themselves have directed before—the sort of metatextuality that’s commonplace in many South Korean independent films, where the drama often hinges on chatter about dreams, death, love, loneliness, and movies themselves.

And it’s that sort of drama that the sixth annual Olhar de Cinema film festival put front and center on its five screens—new works by new voices working far outside of the mainstream. It’s a small festival but one that’s big in context and ambition. And one hopes that it will continue on that same path even as it continues to add more special screenings, retrospectives, and competitive lineups to its schedule in the coming years.