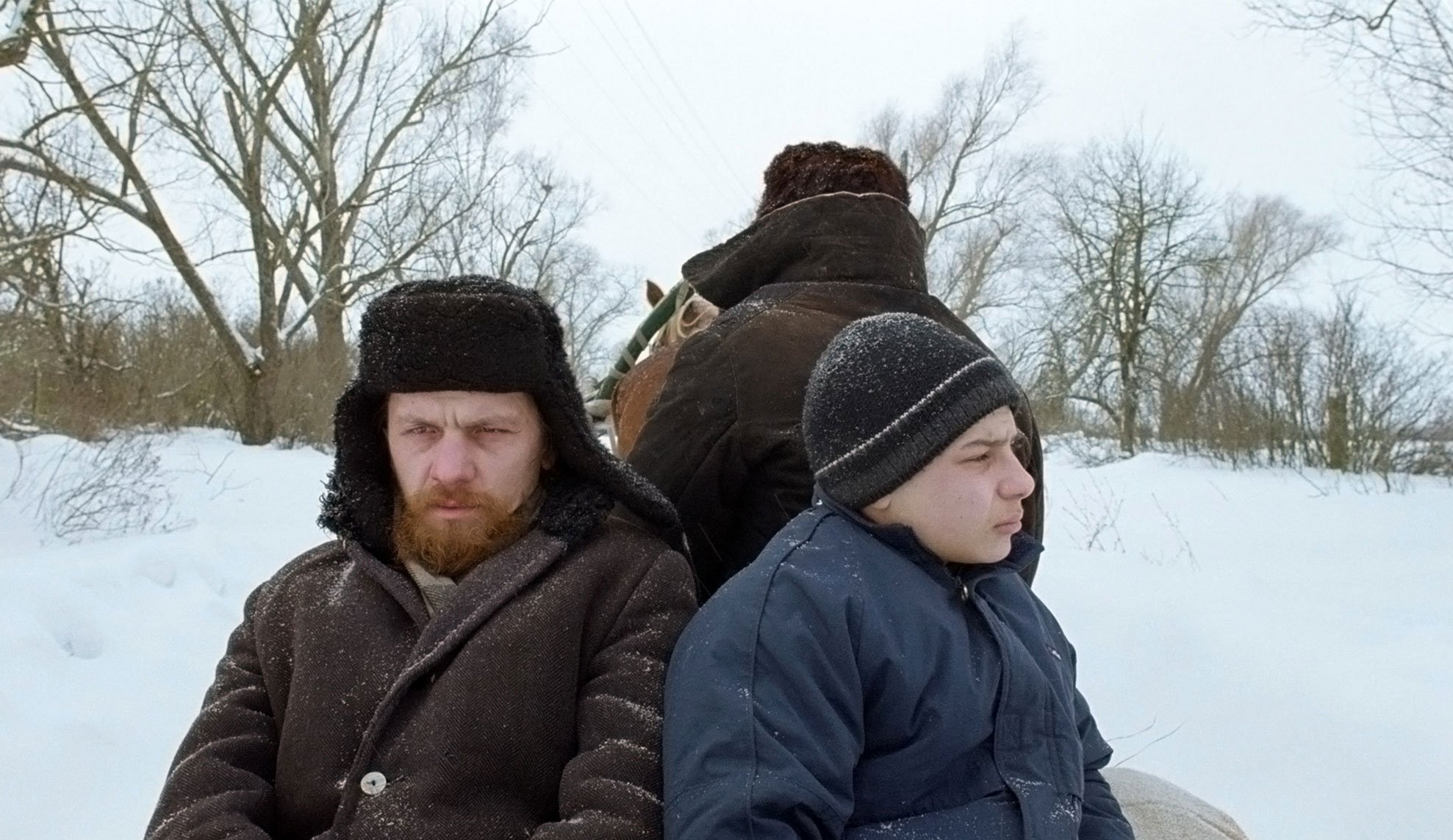 And the prize for most ironic title at the New York Film Festival goes to…My Joy, a wrist-slittingly morose Ukraine/German/Dutch coproduction set in Russia. An art-house variation on the post-apocalyptic road movies that are so popular these days (The Road, The Book of Eli, Children of Men), this relentlessly pessimistic parable gave me a new appreciation for its mainstream cousins’ visual flair and narrative clarity. The city life Georgy (Viktor Nemets) leaves in order to deliver a truckload of flour to the boonies looks pretty bleak, but it’s a paradise compared to the predatory world he blunders into, where the scars inflicted by WWII are still raw and there’s barely a hint of kindness or love to be found. Georgy literally loses his way, then loses his innocence and all sense of hope as he is abused, misused, and left for dead by his glassy-eyed countrymen. Deliberately paced and full of weighty silences, the film lurches from scene to scene with the abrupt illogic of a nightmare. Dogs howl, goats bleat, sadistic traffic cops bludgeon citizens pulled over at random, and then it all repeats until we watch him plod from a pool of light into the murk of a deserted nighttime street, his figure eventually disappearing into darkness. In one of those coincidences that hit you when you watch a string of movies at a film festival, it’s the same device that closes Of Gods and Men, whose doomed monks’ fade into the white of a snowy hillside—and it feels equally heavyhanded in both films. By the time Georgy fades to black, I felt as hollowed out and stonyhearted as he looks.

The 48th New York Film festival runs from September 24 to October 10. For a complete schedule, including ticketing information, click here.