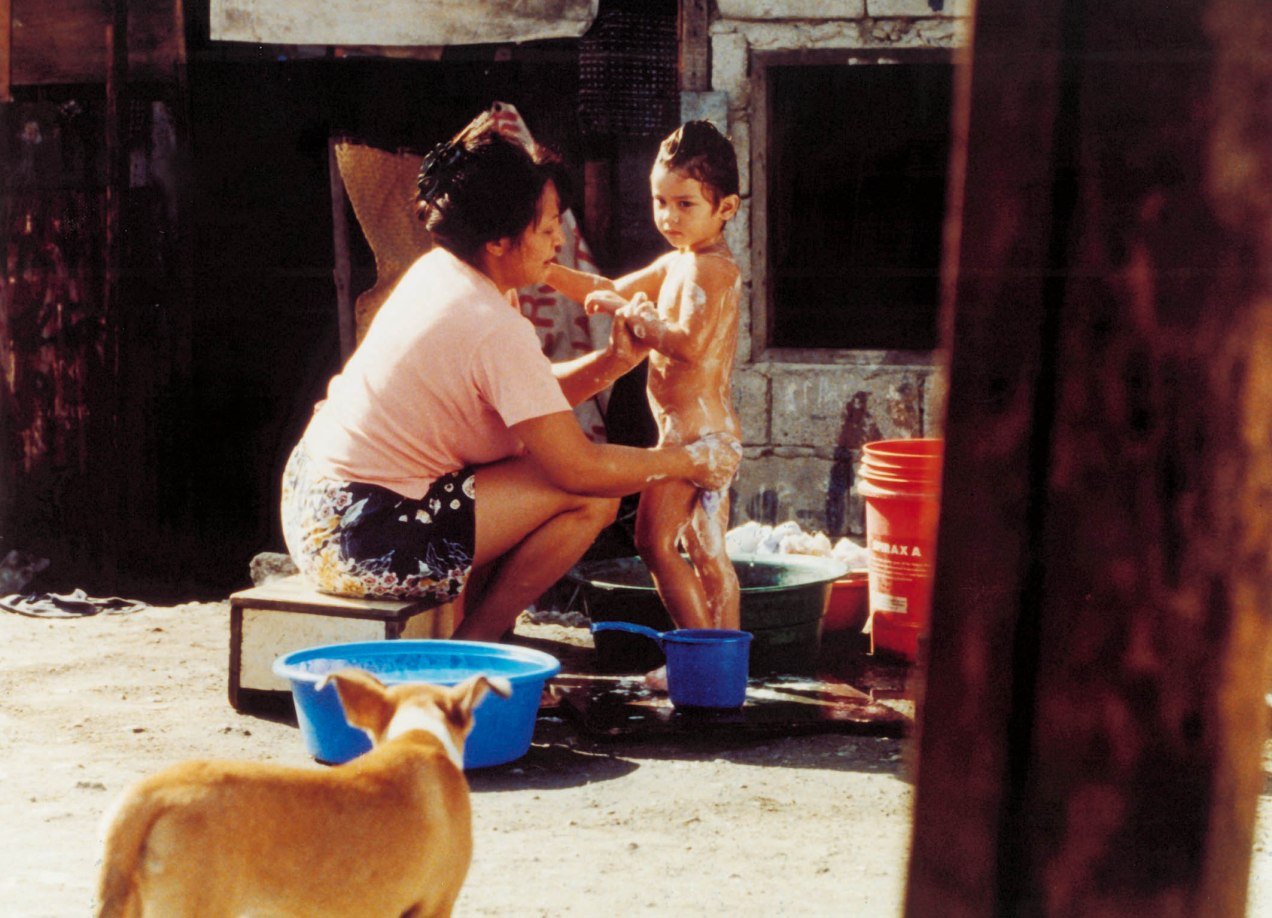 An issue film that doesn’t play like one, Foster Child hangs compellingly from the shoulders of its characters, and though the influence of the Dardennes is felt, director Brillante Mendoza doesn’t aim for claustrophobic effect. Like Jeffrey Jeturian’s The Bet Collector, part of this year’s Global Lens series, the filmmaker’s docu-realist gaze absorbs a Philippine community’s way of life without prejudice or judgment, roving narrow streets and capturing seemingly unrehearsed episodes of joy and panic with equal fixation. Much of the movie consists of Thelma (Cherry Pie Picache) simply getting around town and doing the only thing she knows how: being a mother. Under her foster care is a strangely silent little boy named John-John (Kier Segundo), whom she tends to just as she would her own blood, feeding him, clothing him, and in one particularly expressive scene, bathing him until she makes the mistake of going to get a towel, thus allowing him to piss on the street and run off to get dirty again. The boy’s seemingly uncontrollable need to urinate is a running gag as amusing as it is touching, and as in a scene where Thelma’s son helps the boy aim his dingaling into a toilet bowl, the film attests to the role of motherhood in society and the way in which behavior is ingrained at an early age. The film’s goodwill is only squandered once, when Mendoza condescends to Thelma’s know-how when she walks into a pimped-out shower inside a luxe hotel room, all in the interest of expressing the differences between the haves and have-nots and point out the absurdity of a shower with too many knobs accomplishing just as much—if not less—than a bucket filled with water, but the focus he places on the bounty of family ritual is not easily forgotten, not unlike the final shot in the film, which literally and figuratively looks up to Thelma and the role she fulfills in her society.