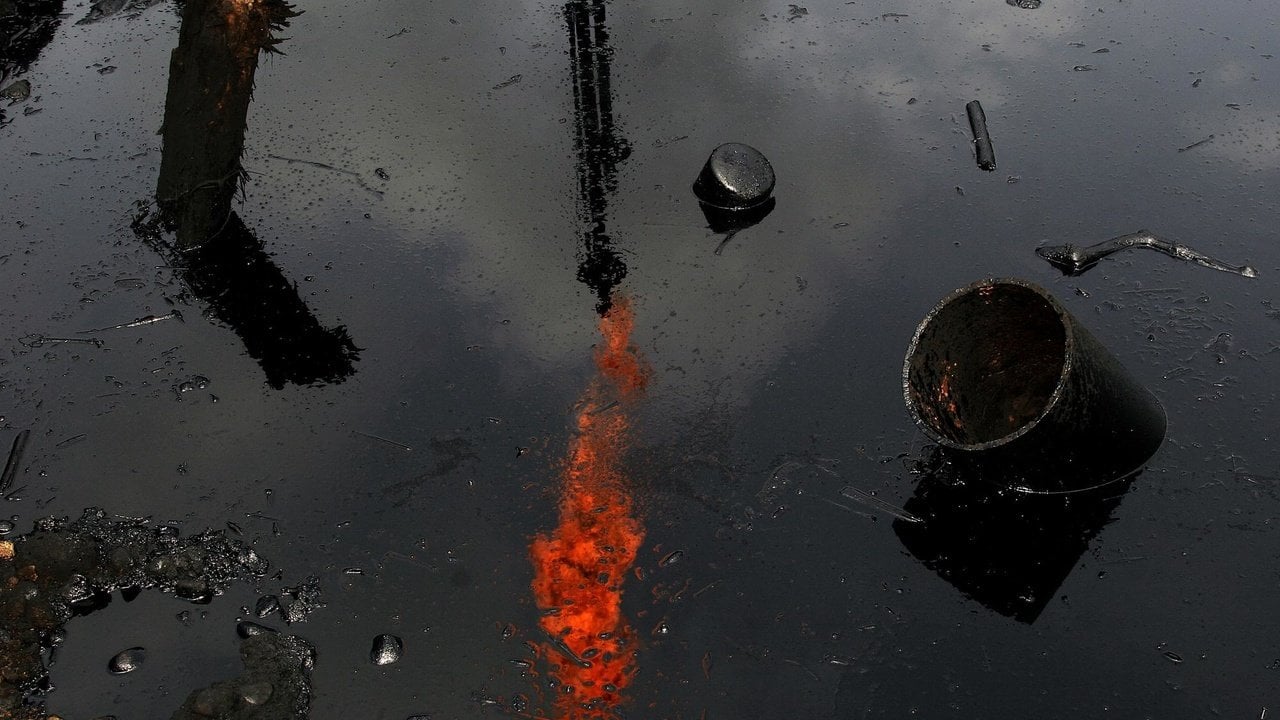 At the center of Joe Berlinger’s Crude are distressing images of Ecuador’s Amazonian soil and water turned sludgy and toxic from foreign oil drilling. Concisely and infuriatingly illustrating the link between ecological devastation and corporate colonialism, these scabrous views of rainforest-turned-waste-pits are the starting point for the veteran documentarian’s tough-minded chronicle of a court case that has spun decades and showcased the most viscous effects of conglomerate interest. The protracted tug of war depicted is between Ecuadorean activists (led by lawyer Pablo Fajardo and environmentalist Luis Yanza) and Chevron over the contaminating effects of the oil company’s maneuvers on the land. Despite 30,000 indigenous people acting as plaintiffs and Chevron’s own estimation of 17 million gallons of spilled petrol, the class action lawsuit endures endless delays, judicial labyrinths, and prevaricating officials.

Following a still-unresolved case over the course of three years, Berlinger gives voice to both sides of the conflict. As personal accounts of birth defects and cancerous deaths contrast with Chevron spokespersons denying effects and passing blame, however, the outraged compassion in the filmmaker’s reportage becomes evident. A polished and haunting work of humanistic journalism, the film is passionate enough to follow its subjects in the ground-level combat of street demonstrations and office showdowns, and astute enough to understand the important roles a Vanity Fair article or a Trudie Styler endorsement can play in a cause. Crude is both a tribute to human-rights tenacity and a sobering account of the multinational-Moloch greed that can keep justice in limbo.