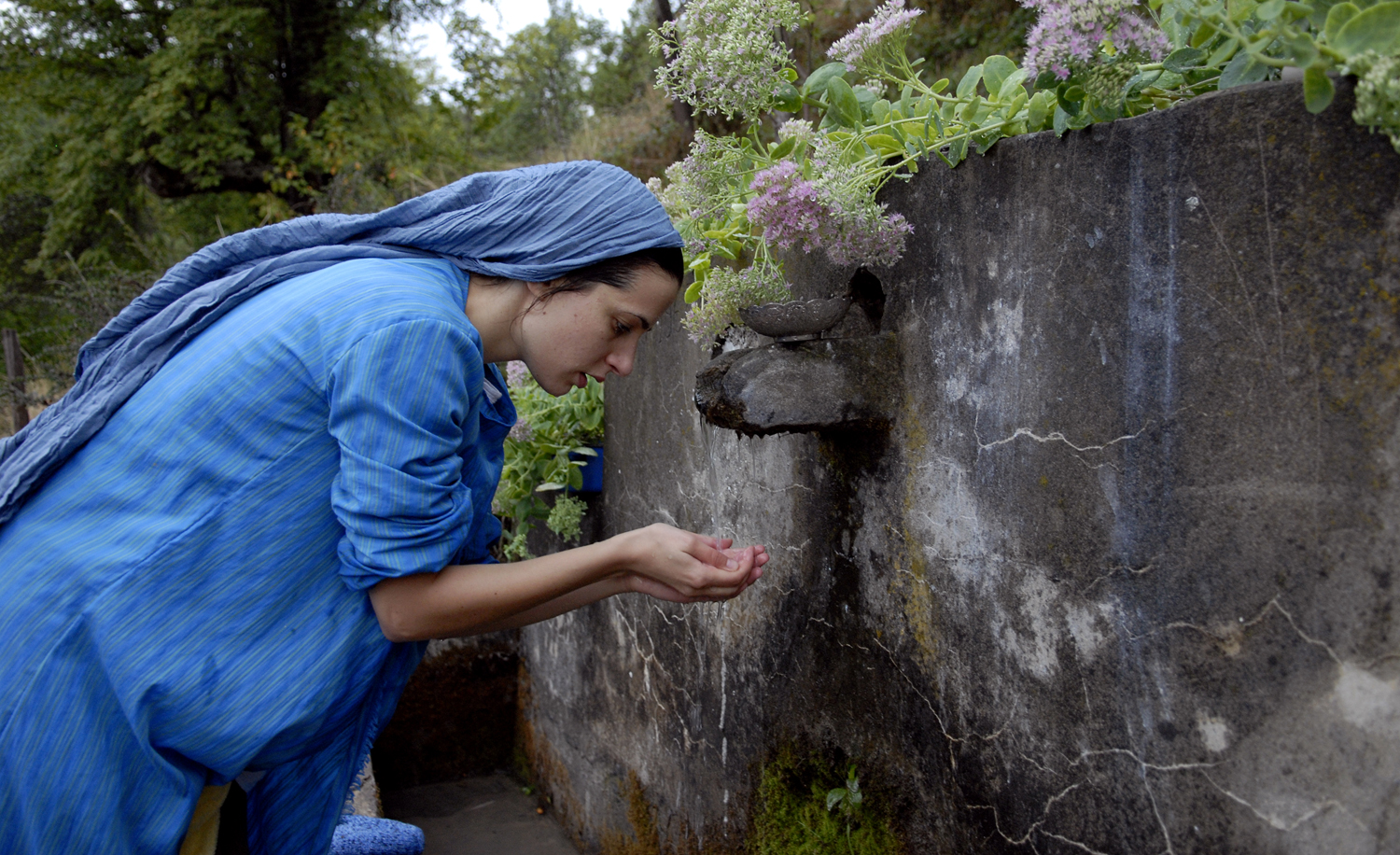 The desolate and benumbed shell of an eastern Bosnian village in 1997 is the setting for Snow, as a population of a dozen survivors of the Balkan strife—save for one elder, all women and children—wait in vain for their missing husbands and children to return. Young widow Alma (Zana Marjanović), occupied with the daily work of preparing fruit and vegetables for difficult-to-reach markets, is seen in recurring sequences twisting her scarf slowly around her head, bathing her limbs hurriedly en route to morning prayer, attempting to crowd out her fresh trauma with the everyday. She and her fellow mourners are pushed to resolve their pain when a Serbian representative of foreign developers offers to buy their land, touching off existential confrontations within the community as well as in the hearts of these scarred mothers and wives, who venerate even the eyeglasses and disposable razors left behind by their lost mates. Director Aida Begic does well in establishing the women’s dogged labor as grief put into memorial, kinetic action, as well as with the magical-realist figure of the village’s sole, terrified young boy, whose rapidly growing hair and panicked dashes through the countryside are spurred by the terror of his nightmares. Less smooth is the heavy weight put on the visiting land-sale agents, whose final confrontation with the matriarchs leads to an awful revelation and the falling of the previously allusive snow. Alma’s punishing, weak-hearted mother-in-law (Vesna Masic) unexpectedly rallies from illness to unleash her will to remain in her native place; told condescendingly, “You deserve better living conditions,” she snaps, “Yeah!” and orders the land buyers about like lackeys. Snow finds unity of purpose in different responses to its villagers’ tragic inheritance—the Muslim elder’s “Allah sees it all,” and Alma’s visceral answer to what constitutes a normal existence: “Us.”