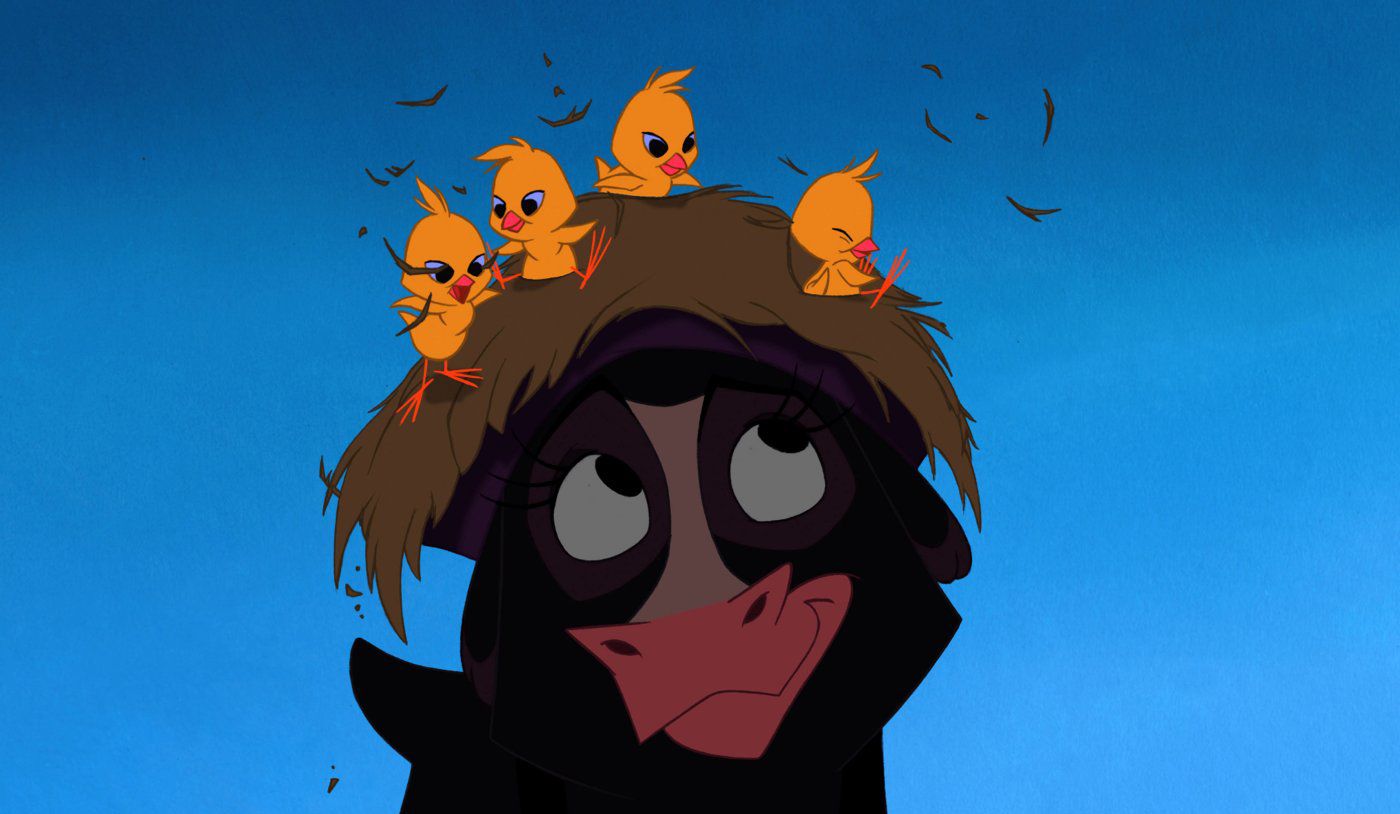 Mischief-maker Bill Maher, expounding on the new-fangled phenomenon of gastric bypass surgery in his book When You Ride Alone You Ride With bin Laden wisecracked, “Roseanne tried the procedure without success, but that’s because cows have five stomachs.” The joke evidently wasn’t lost on the folks over at Walt Disney Pictures.

The studio’s newest full-length animated feature, Home on the Range, offers up the self-deprecating comedienne in the leading cattle role of Maggie, introduced as “the winner of the Happy Heifer Award” and renowned for, as a fellow bovine puts it, “her appalling bodily eruptions.” Roseanne’s mere casting represents a glint of adventurousness in this further slide down Disney’s declining slope, but even her shrill delivery is neutralized amid the bad dialogue, nondescript character design, cheap contemporization, and magic-less uplift.

The outline is as simple as a Three Stooges featurette: a little patch of heaven way out west; happy old widow and her extended family of dairy animals; evil land-grabbin’ bandit intent on liquidating the range; three courageous cow gals setting out to save the day and, of course, the farm. Home on the Range gesticulates with the sluggish and unceremonious vibe of direct-to-video Disney or Saturday morning cartoons, which is to say that the finale music kicks in exactly when Home on the Range has worn out its 76-minute welcome.

Alan Menken’s score, while obviously low on the totem pole of his esteemed career, actually emits some propellant zest, and Randy Quaid’s rendition of the song “Yodel-Adle-Eedle-Idle-Oo,” during a sequence in which his villainous cattle rustler Dale Baer hypnotizes the cows via psychedelic yodeling, is a lively throwback to Dumbo’s “Pink Elephants on Parade.” Walt Disney himself, however, would revolt if ever subjected to the punishing vocal buffoonery of Cuba Gooding Jr., the actor who will take absolutely any job, as Buck the valiant horse.

Whereas you can almost envision Roseanne and cow sisters Judi Dench and Jennifer Tilly taking a drag of a cigarette and gabbing about Michael Eisner in between line readings, Gooding projects such a clench-fisted devotion to make every syllable cute and funny that even kindergarteners won’t likely be conned by it. Costing an estimated $110 million, Home on the Range is reportedly the swan song of its studio’s in-house 2D division, which perhaps isn’t as sad as it sounds; credit to their history, but even the best in the business got to know when to fold ‘em. There’s a noticeable stench in the air when the film makes a reference to Billy Bob Thornton’s performance in Sling Blade. Which is to say, it’s stale ink.