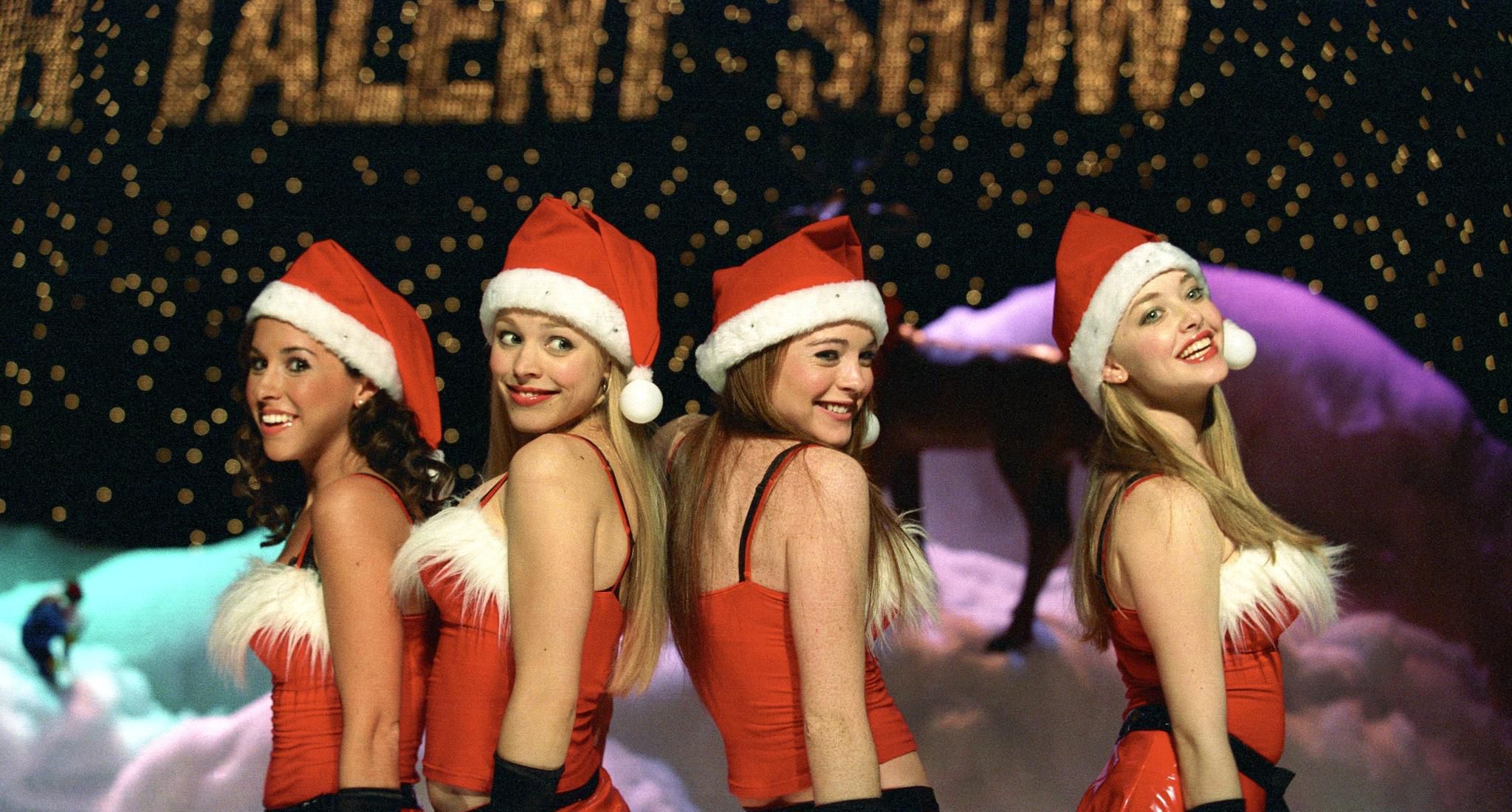 Two short months after Confessions of a Teenage Drama Queen, Lindsay Lohan returns to the box office to battle another triumvirate of schoolyard bitches in Mean Girls, directed by Mark S. Waters (Freaky Friday). Adapted by SNL’s Tina Fey from Rosalind Wiseman’s bestseller Queen Bees and Wannabes, Mean Girls casts Lohan as Cady Heron, an Eliza Thornberry who’s transplanted from the African bush to suburban Illinois, and observes what happens to the girl in her new ecosystem. Perhaps no one is better equipped than Fey to take on this kind of material—not only does she craft good sketch comedy for Lorne Michaels every Saturday, but she’s also a high school survivor with an obvious ax to grind (for better and for worse). Because Waters’s images are so uninspired (mostly point-and-shoot setups), it’s very easy to consider the comedienne the true auteur here. Mean Girls is a chick flick, but unlike Connie and Carla and 13 Going on 30, this is a chick flick with a brain. Fey is genuinely concerned with identity politics and she understands the caste system that exists in most high schools and how they are formed. She may be bitter, but that bitterness never clouds her good judgment; however funny the spectacle of an unsupervised tween dancing to Kelis’s “Milkshake” or lifting her top to a “Girls Gone Wild” video may be, even the worst parent in the world should be able to recognize how disturbing this running gag is beneath its absurdist surface. During the film’s outstanding opening sequence, Fey carefully lays out the topography of Cady’s new high school, likening the process with which she chooses a table in the lunchroom to an animal picking a feeding ground. Mean Girls is positively Darwinian. As such, it’s only natural that when Cady cozies up to the titular “Plastics” and discovers their carnivorous behavior, it’s all about the survival of the fittest. Fey uses Cady’s transformation from new kid on the block to shallow Plastic to illuminate the ways vengeance can make a victim into a so-called mean girl. But perhaps some of that high school insecurity is still eating away at Fey, who has a tendency to undervalue her own intelligence and oversell her audience. The film’s final moments are unfortunately lazy, and the non-stop hit-or-miss gags have a way of distracting from the vicious Cady-versus-Plastics death match; it also doesn’t help that Fey calls too much attention to her animal kingdom metaphor. So while Mean Girls may be slim pickings compared to Heathers and Donnie Darko, it still makes mincemeat out of something like 13 Going on 30.