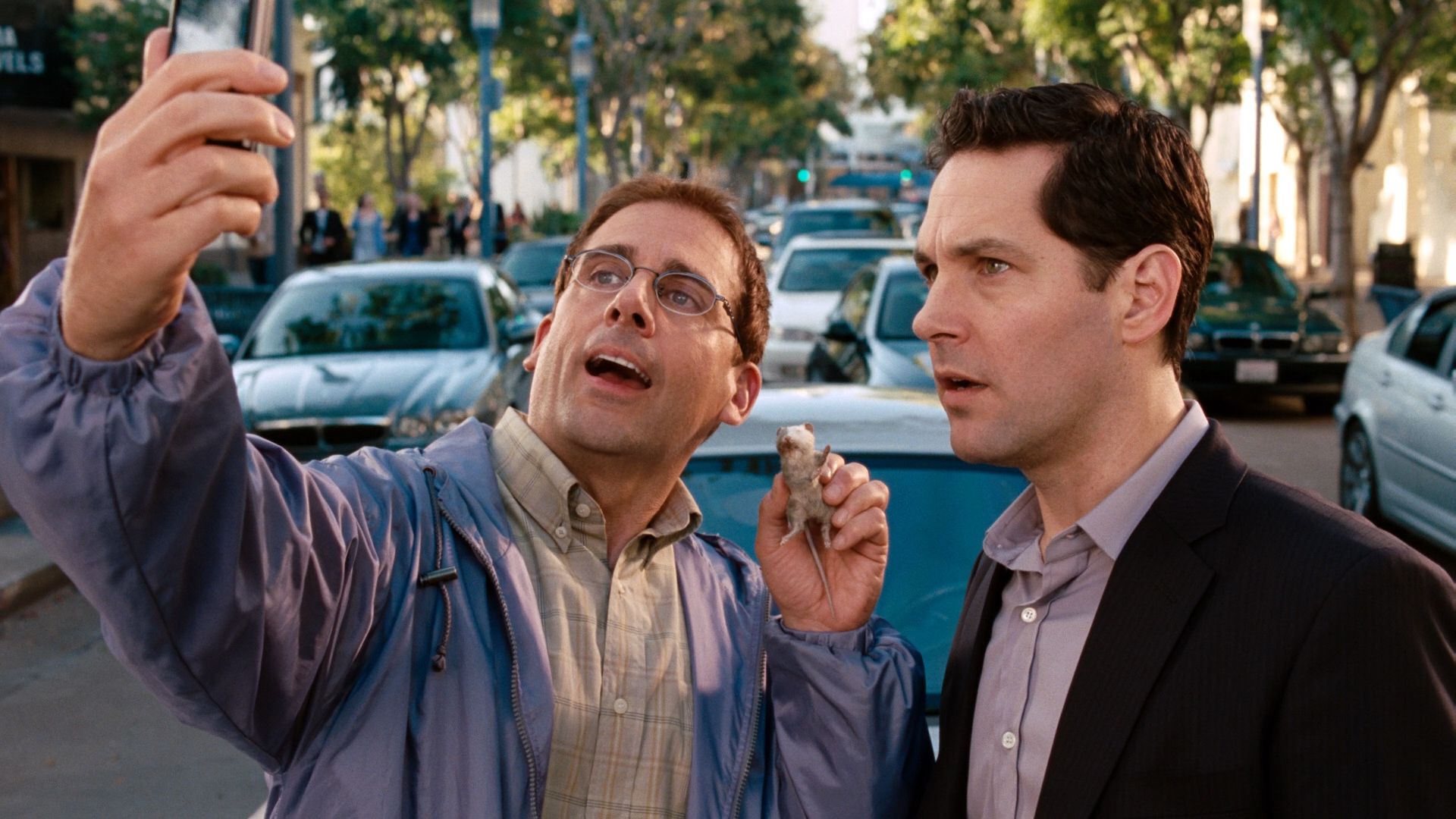 Jay Roach’s Dinner for Schmucks is the type of fatuous American comedy that hopes you’ll excuse its narrative’s logical inadequacies because it’s just a comedy, stoopid. The very premise of the film, taken from The Dinner Game, an ugly but at least consistently obnoxious French comedy, reeks of condescension: An overprivileged white-collar and white-skinned rich guy has to find an “idiot” to bring to a party of other predominantly white guys (there’s one black guy, but he’s very pale) where the object is to laugh at and applaud the biggest idiot at the table.

In Roach’s hands, that conceit is comparatively less snide but no less insipid and shallow. We do, after all, spend the bulk of both films laughing at idiots, which makes sense considering how indispensable schadenfreude is to comedy. The key difference between Roach’s remake and its Gallic source material is that Dinner for Schmucks is underdone sitcom fodder that forces a cast of exceptional and almost always adroit comedians to tough it out with irreparably bland and thoughtlessly broad material.

Most of the power dynamics that define the relationships in Dinner for Schmucks are as shallow as they are forgettably rote in their comedic clichés. Paul Rudd plays Tim, a douchey young go-getter that tries to impress his boss (Bruce Greenwood) with a big sales pitch in order to get a big promotion. His boss is so impressed that he asks Tim to find an idiot for the film’s titular dinner. Tim is reminded that this is wrong by his oversexed moral compass/longtime girlfriend (Stephanie Szostak), a museum curator representing overweening performance artist Kieran (Jemaine Clement).

Tim takes this advice to heart, but only until he hits Barry (Steve Carell) with his car and realizes that Barry is more than a little socially maladroit and hence a perfect idiot. To be clear: Barry, whose buckteeth, jutting beak of a nose, and bowl haircut recall Professor Julius Kelp pre-Buddy Love transformation, bounces off of a car windshield, but isn’t worried about his health. In fact, he’s only interested in a dead mouse in the street he found and now plans on stuffing, dressing in model-sized clothing, and using in one of his kitschy-creepy dioramas. Barry is also unhealthily literal-minded and as emotionally ill-equipped as a five-year-old. In real life, Barry would be probably diagnosed with Asperger’s. But none of that extraordinarily awkward behavior is immediately apparent. What convinces Tim that Barry is an idiot is the fact that Barry can’t cope with reality and is obsessed with making mouse-related art. In real life, Barry would just be a social pariah. In this comedy, he’s a pathetic—but lovable!—idiot.

Which would be acceptable if the film didn’t later try to wag its finger at Tim’s boss and his rich buddies for sadistically going out of their way to laugh at people. It’s like there’s a mostly understood, but rarely visible, schizophrenic fine line that the film walks, at once disavowing its nasty amorality and embracing it. This is most clear in the way that Tim changes from The Dinner Game to Dinner for Schmucks. In The Dinner Game, the character is an unmitigated asshole: he has a mistress, he’s obscenely rich, and he enjoys attending “le diner de cons.” In Dinner for Schmucks, Tim has a stalker, is only attending his boss’s dinner to get a promotion, and only even wants that promotion to impress his girlfriend. I’m not sure why, but embarrassing a total stranger in order to impress your girl and get more money is inexplicably considered a lesser, even somehow more palatable, evil in Dinner for Schmucks.

But when Dinner for Schmucks isn’t a collection of ugly and unfunny gags centered around ugly and more importantly uninspired caricatures of social haves and have-nots, it’s showcasing a few genuinely funny performances from Carell, Clement, and Zach Galifiniakis, who plays Barry’s co-worker. Carell makes a handful of scenes exquisitely painful to watch, proving why his work on The Office attracted the filmmakers’ attention. Galifianakis and Clement are likewise very funny, and so is The IT Crowd star Chris O’Dowd, who is only shoehorned into the film during the dinner scene as an afterthought. But with material this thoughtlessly cloying and bloated, they would have been better served if they were locked in a room together and allowed to improv a story with a couple of handheld cameras for two hours. The end product of that hypothetical comedy might not be more consistent than Dinner for Schmucks, but it’d almost certainly be a better comedy.